Vergelegen and a Mountain Cabin

Combining a visit to a historical wine estate and a sleepover with friends in a mountain hut makes a pretty good weekend - at least that's our opinion. Last weekend we checked out Vergelegen, and then stayed at the Mountain Club Hut in the Hottentots Holland mountains with friends from Kuils River for one night.

Vergelegen is a beautiful wine estate in Somerset West, with a big Cape Dutch house and extensive gardens, situated at the foot of the Hottentots Holland mountains. It was established by Willem Adriaan van der Stel in the 1700's, the son and successor of Simon van der Stel (governor of the Cape Colony in the late 1600's). 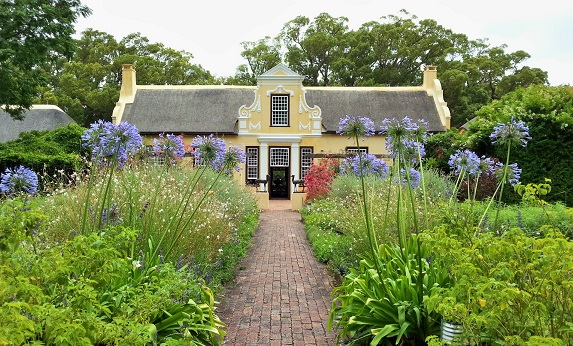 Unfortunately Willem Adriaan's best interests did not lie with the welfare of the Cape Colony, and he used the Dutch East Indian Company's extensive resources to build up his own private estate and wealth, as well as passing grossly unfair laws concerning the free burghers (independent farmers). He was corrupt, and dismissed from his post and exiled to the Netherlands by the Company in 1707.

The original estate was divided into four farms (Vergelegen, Lourensford, Morgenster and Cloetenburg) and sold off. Vergelegen is now a productive wine estate owned by a mining company, and is definitely worth a visit (even if you skip the wine tasting). 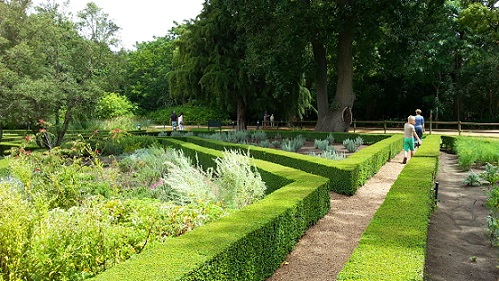 Beautiful, historic camphor trees in the gardens, believed to have been planted in 1700. 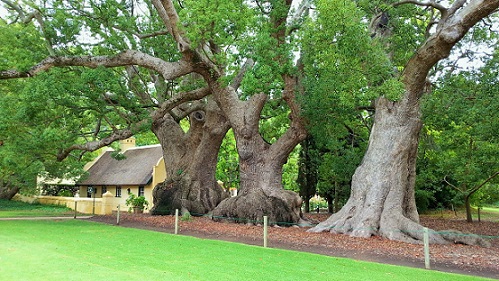 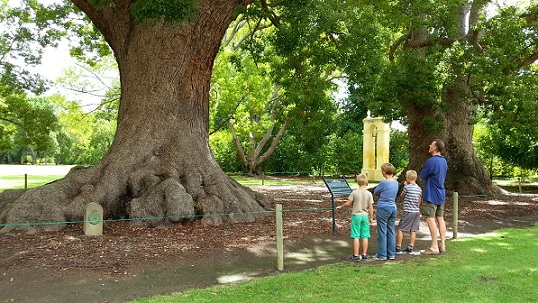 All the buildings had the same Cape Dutch style. 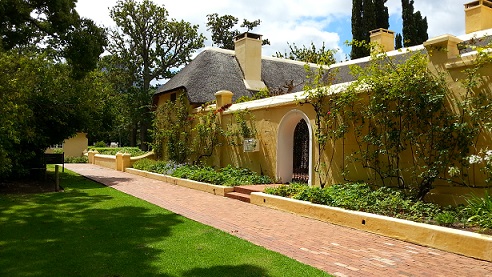 The 'Royal' Oak, planted in 1928. This tree's acorn came from one of the last of King Alfred's oak trees at Blenheim Palace in England. Plenty of royalty has also come to see it, including King George VI and Queen Elisabeth II. 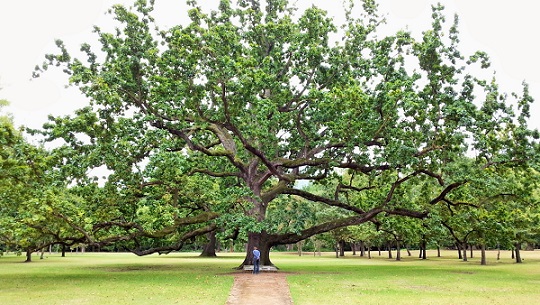 I figured a thousand or more people must have taken this picture before me, but not one that has these two boys staring at the pond like they're seeing a giant tadpole with three tails. 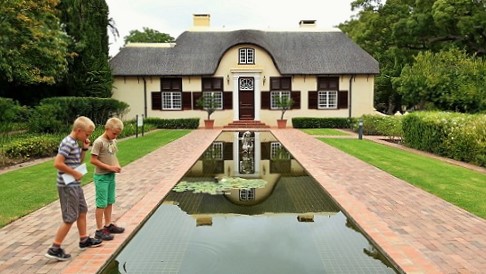 All that remained of the old Water Mill was one barely-standing wall. 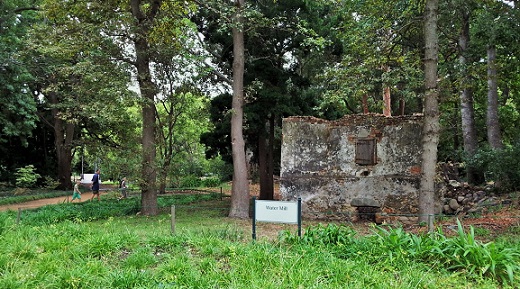 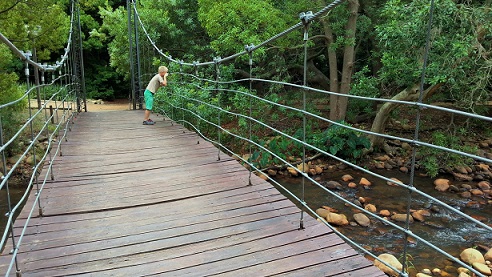 A stroll in the Yellowwood forest. 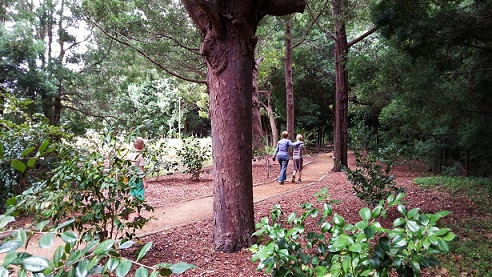 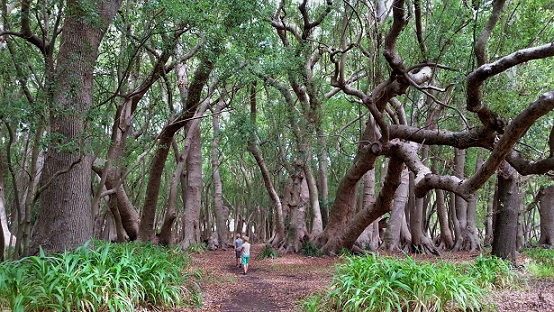 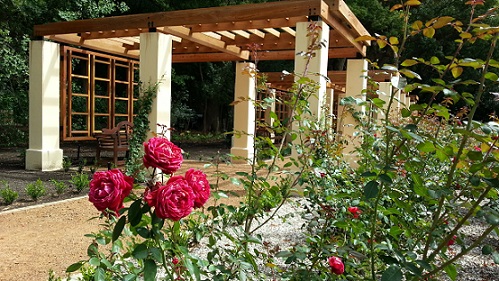 After Vergelegen, we drove to the mountain hut with our friends. After a short hike with all our stuff awkwardly over shoulders and arms, we were relaxing with great views of False Bay, the mountains in mist behind us, and the laughing sound of a mountain stream in the background.
We were soon joined by two other members of the Mountain Club and had a great time with them, playing cards, chatting, and braaiing (in the fireplace, because the wind would have blown the fire, person trying to braai, and 'wors' (sausage) away outside). Thanks for the 'kuier' everyone! 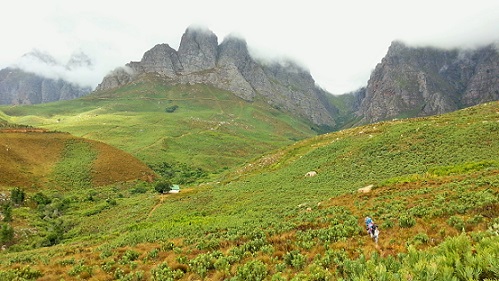 Up on the second floor where almost everyone slept like sardines in a can, because who wants to sleep in the kitchen? 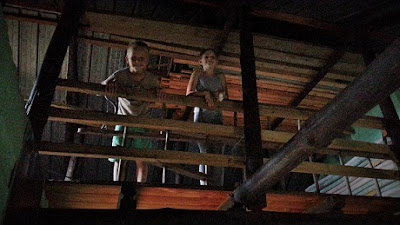 The drinking water, running through a pipe straight from the stream. 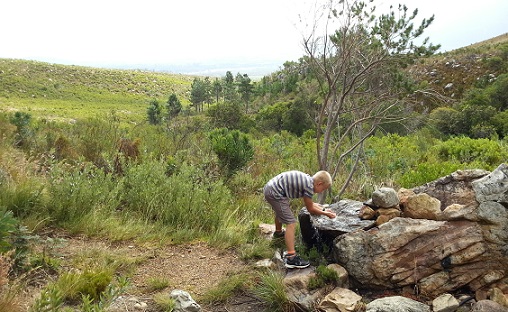 Best bathroom views (for real; it's an open air toilet).

Free (or rather, unleashed). 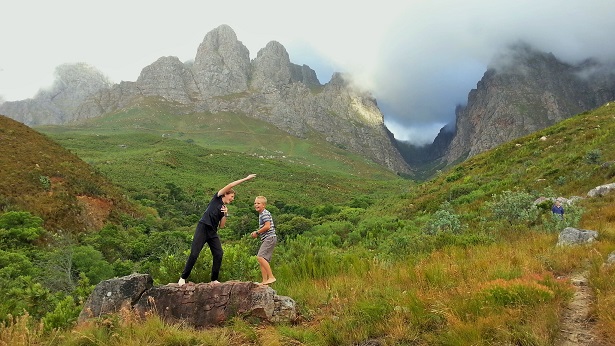 I was thoroughly enjoying myself taking pictures... 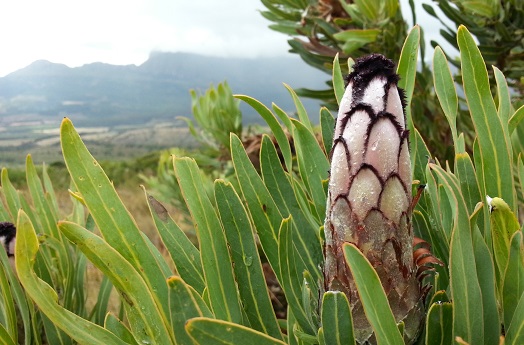 ...While the rest played themselves tired and wet by the stream. 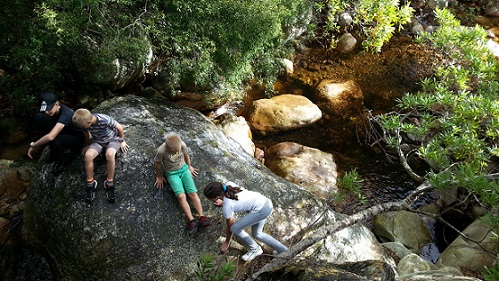 Fynbos is famous for its incredible variety of species. There were hundreds of different kinds of plants! 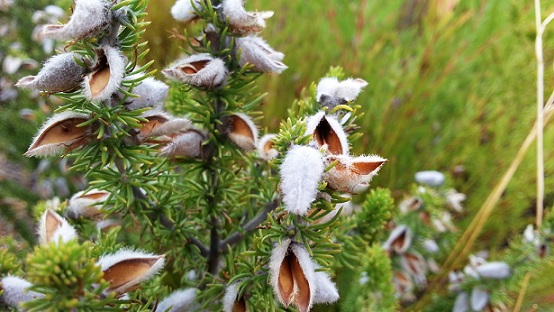 Natural waterfall a minute's walk from the hut. 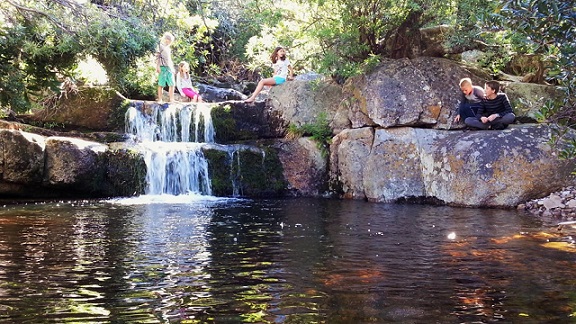 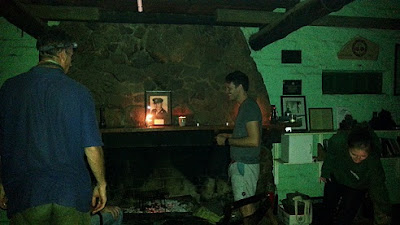 Group photo number two (the first one failed because the camera fell over). 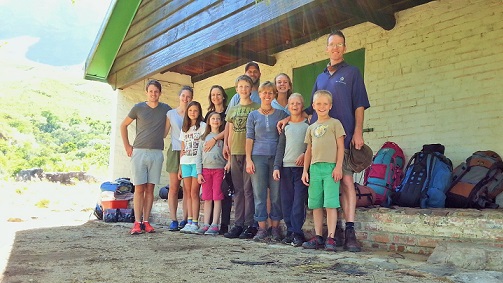 Thanks for reading! Putting your feet up now and then isn't a bad idea at all, don't you think? 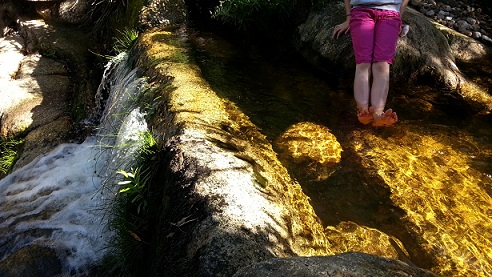