The Famous Robben Island, a Museum, and a Beach

February 6th we went on a much-looked-forward-to tour of Robben Island (meaning 'Seal Island'), a historically rich World Heritage Site as well as National Heritage Site, located in Table Bay. We also visited the Chavonnes Battery Museum for the international Wildlife Photography exhibition there, and then put our toes in the sand at Bloubergstrand.

Robben Island's claim to fame is the fact that it has been used as a means of isolating mostly political prisoners since as early as the 17th century (a Hottentot was imprisoned here by Jan van Riebeeck (the founder of Cape Town) in 1658; it's a rather amusing story actually). Nelson Mandela (South Africa's first black president as well as an incredible inspiration) was imprisoned here along with many other anti-apartheid activists during the Apartheid years (1940's to 1990's).

The tour consisted of a ride by ferry to the island, a guided tour through the prison area, and a bus tour to see some of the main features on the island.


Waiting in the mist at the Waterfront before the tour began. The entire harbor and Waterfront was shrouded in mist when we arrived. 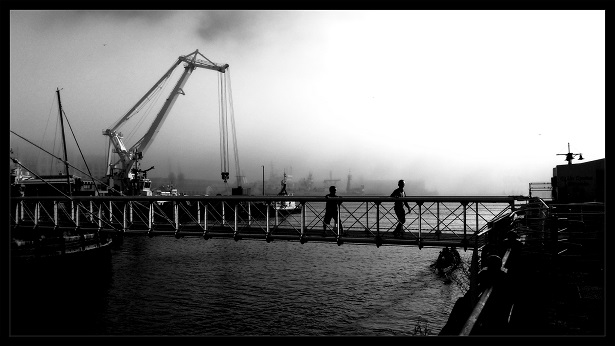 Departure; looking back at the Museum and another ferry. 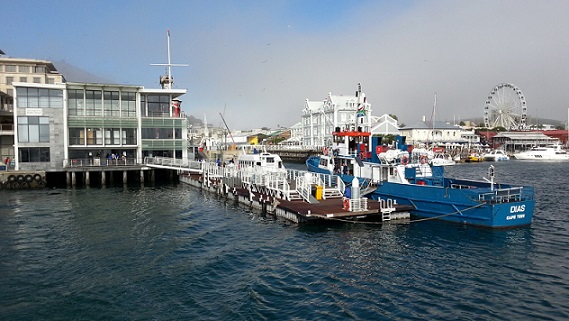 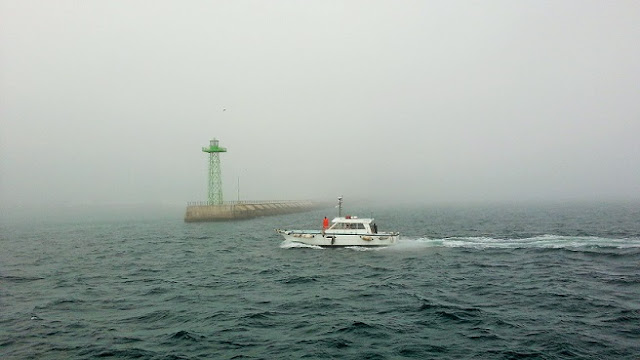 Our first sight of the island. 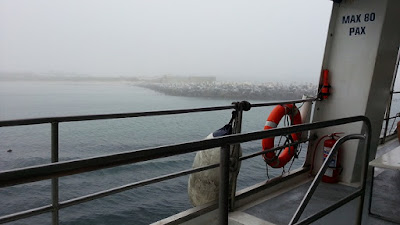 The prison tour was given by a former prisoner himself. 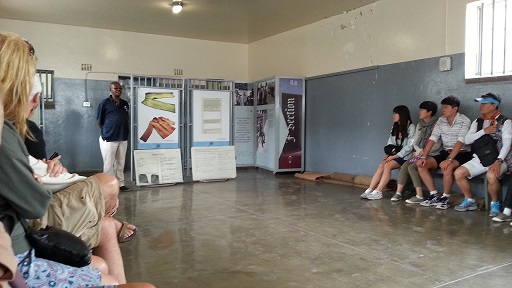 A court where prisoners labored. 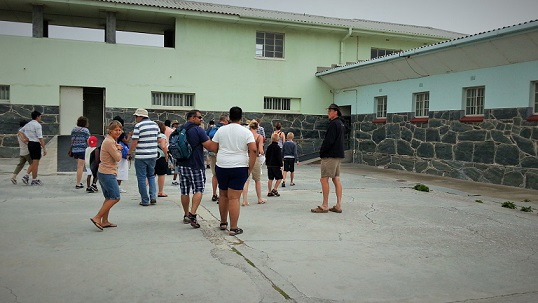 A cell like that which Mandela was kept in. 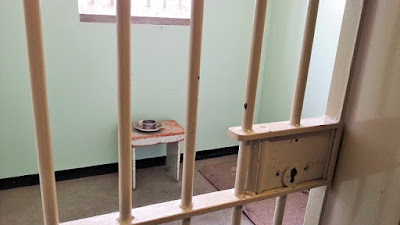 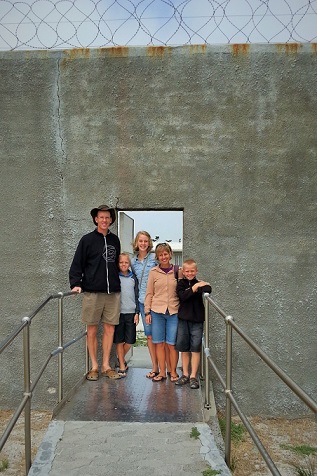 On the bus tour we learned a few interesting things, such as that Robben Island was not just used a prison, but also as a way of isolating the disease leprosy. The Leper community was relocated to Pretoria in 1931.

More than a thousand patients with leprosy died on Robben Island, and the Leper Graveyard is thus notable. 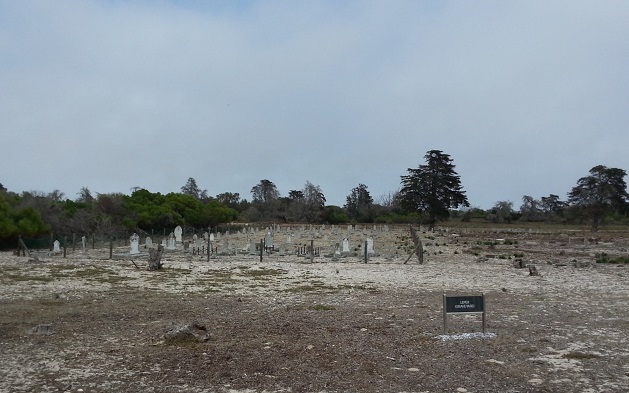 Everything used by the Lepers was destroyed except the Church of the Good Shepherd, which was built for Lepers by Lepers in 1895. It was not demolished along with other Leper Buildings because it is privately owned (it's actually the only privately owned building on the island). 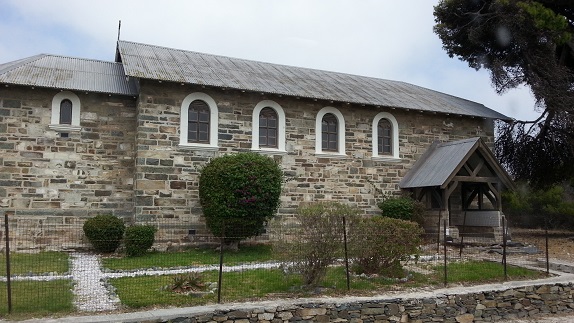 The only other historic church on the island is the Garrison Church (built in 1841), and our guide told to the group's great amusement how once a year on February 14th (Valentines Day) couples are allowed to marry in this church. Apparently their marriage would then be guaranteed to last. 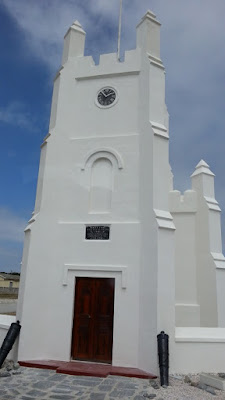 This beautiful primary school was built in 1894 for the island wardens and residents' children. It has only recently closed down due to not having enough pupils. Now, any children living on the island actually has to go to school on the mainland by ferry every single day! 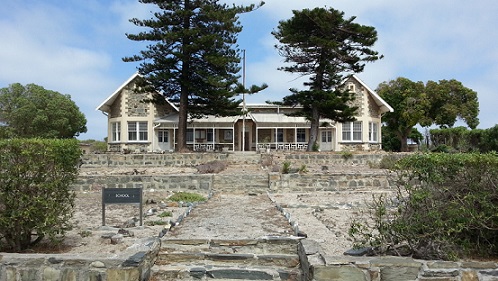 Table Mountain above the clouds. 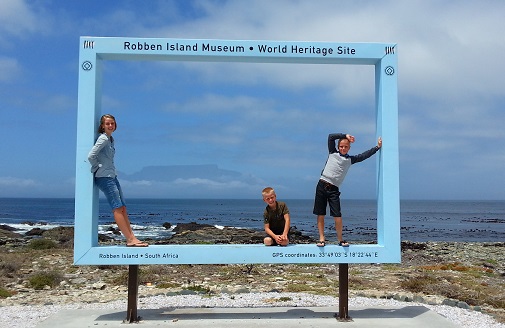 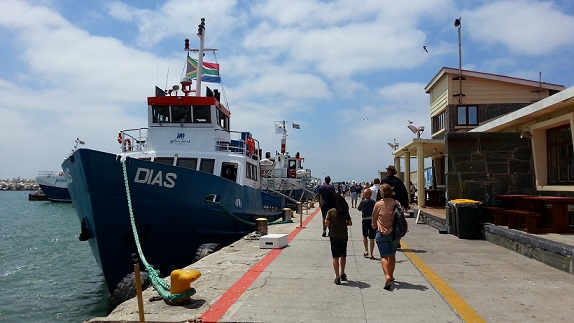 I wanted to see a shark, but instead we saw dolphins and whales (I guess that makes up for it). The views of Cape Town and Table Mountain were also pretty good. 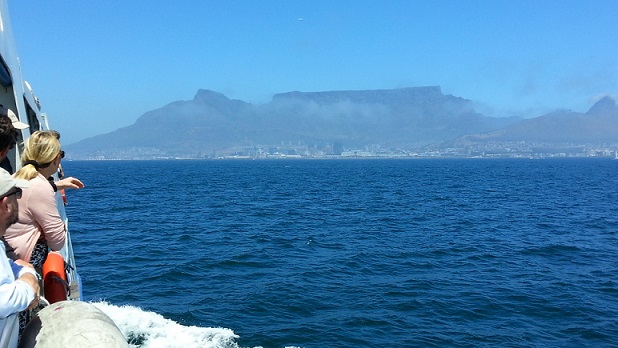 There are all kinds of vessels in Cape Town's harbor, from luxury cruisers and privately owned yachts to container ships and...pirate ships... 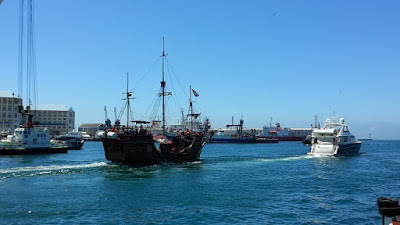 The Chavonnes Battery Museum at the Waterfront currently has the incredible, world-renowned exhibition "Wildlife Photographer of the Year 2015" (on loan from the Natural History Museum in London) on show. It features 100 finalist and winning photos from around the world. I strongly recommend checking it out if you are in the area.

The actual Museum features the once-buried but now extracted remains of the Chavonnes Battery, an elevated defense outpost on a rocky outcrop where the lower slopes of Signal Hill ran down into the sea. It was built over a period of 11 years and completed in 1726 as reinforcement for the Castle of Good Hope, to stop attackers from landing their ships at many places on the castle's western flank and then marching to the castle over land through the dunes. 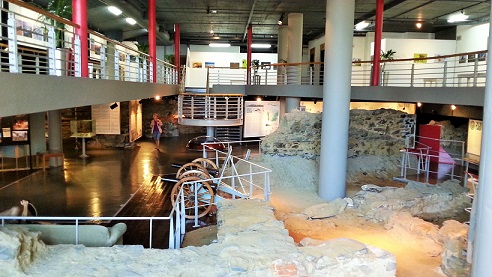 It also features the largest selection of muzzle loaded cannons in the country. 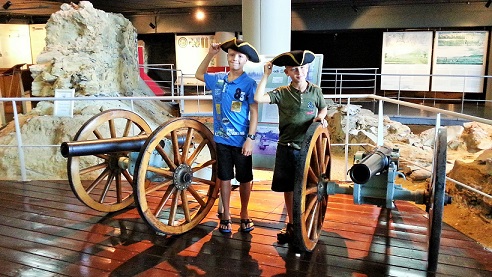 At the end of the day, we had a very quick stop at Bloubergstrand, a suburb of Cape Town with a beautiful, long, white sand beach with great views of Table Mountain. The water is very cold due to the Benguela ocean current, but the beach is popular with surfers and kitesurfers. 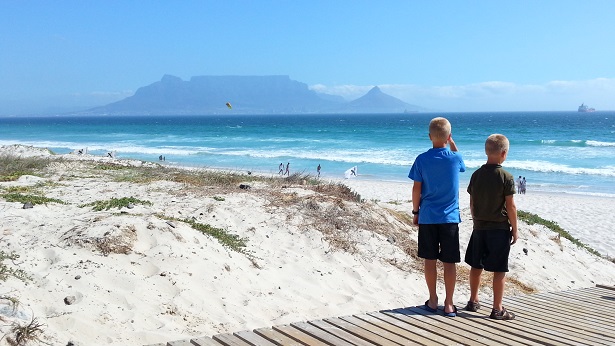 Ibises over Table Mountain. Thanks for reading! 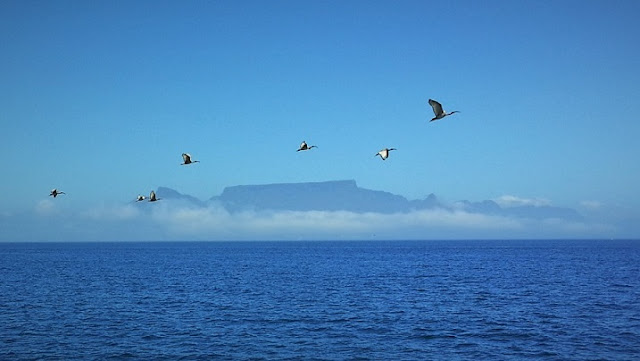