Two months into being horse owners, things are looking interesting. It has been a journey; not a destination. Arend's hormones has calmed down a bit, but he is still rather difficult. Valk is still wild, as she won't allow you to touch her, but at least she eats out of your hand very carefully.

One Saturday, a shelter was built for the horses. The horses like it and often stand in it - for once Murphy's Law was wrong! 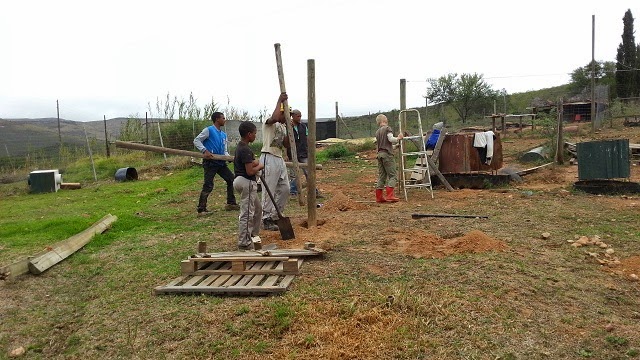 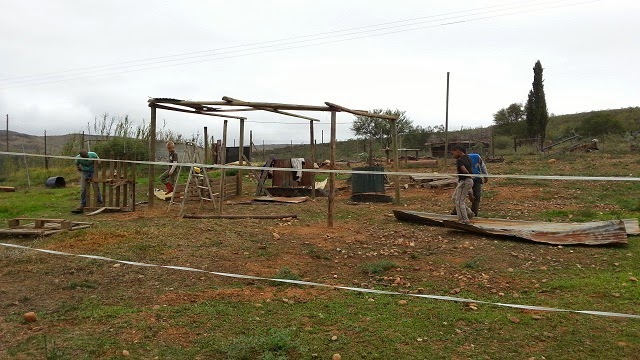 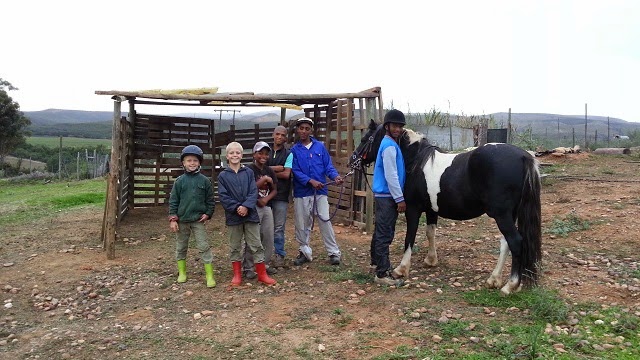 A neighbor's son and daughter once came to see if they can help with the horses as well - soon our horse 'team' arrived too. Mission one was to ride Arend:

Once they accomplished that, a halter had to be put on Valk. At first they tried gently, coaxing with treats and using Arend (who stood quietly held by a leadrope - I think he was intimidated) to push her against the side of the fence.


Step 1: getting her trapped behind Arend. 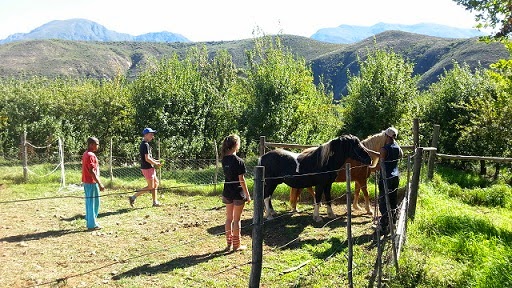 Step 2: grass and treats. Notice her ears though; she's not impressed. 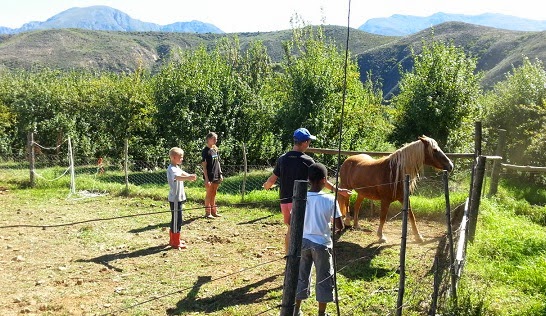 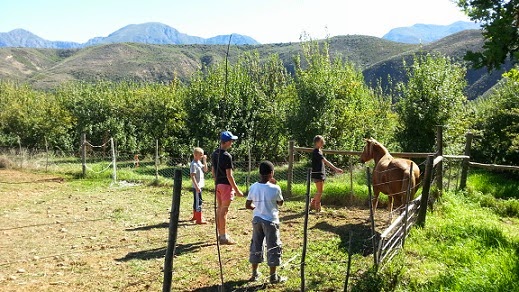 She ate out of their hands, but they couldn't touch her otherwise. 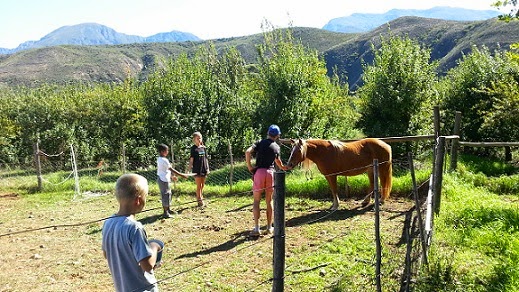 She refused to trust them though, and pretty soon it was the two seventeen year old boys having the time of their lives as they tried catching the 'stubborn old wife'. They got a cowboy loop around her neck, but that didn't help much since she just dragged all the boys hanging onto the rope around the enclosure. 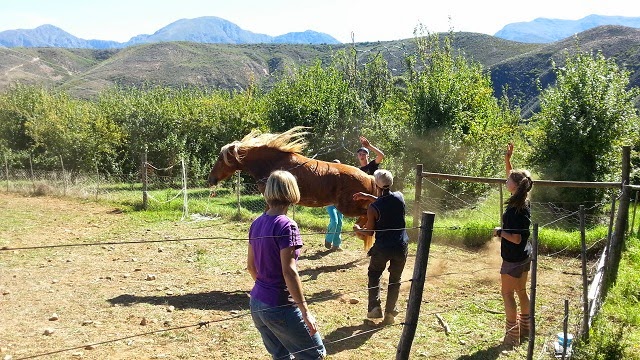 At first they tried it alone... 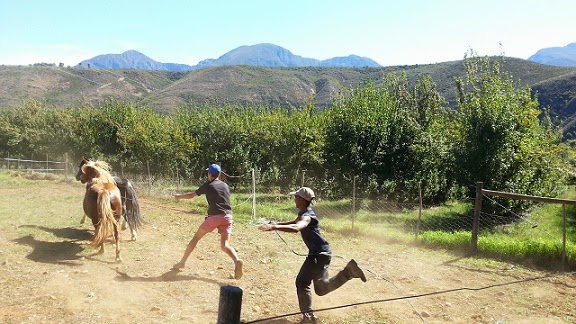 But then they called in reinforcements. 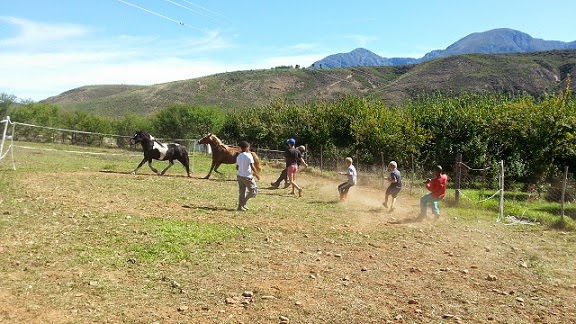 In the end, they just left the rope on her. We then tied the rope to a pole, thinking she would quickly realize moving nearer to the pole relaxes the pressure on her windpipe, and maybe we could get closer to her. Unfortunately the experiment didn't turn out well, as she just panicked and fell, unable to get up again and suffocating. In a panic my dad cut the rope off rather long, and she had to walk around with it for a week, constantly stepping on it, until me and Kate managed to get it off with coaxing, treats, and a long stick (haha).

Our joinup enclosure had to be upgraded as the horses kept on breaking out, so one morning the team dug some holes and fixed a more secure camp.


Before, we just used electrical tape. 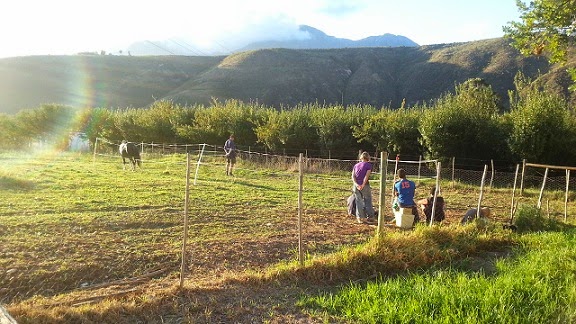 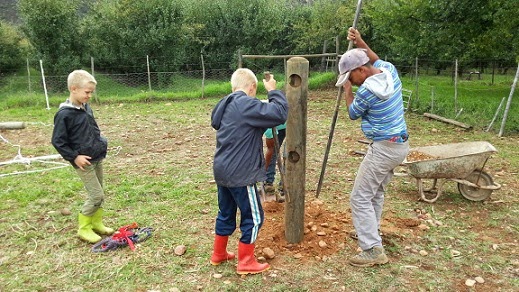 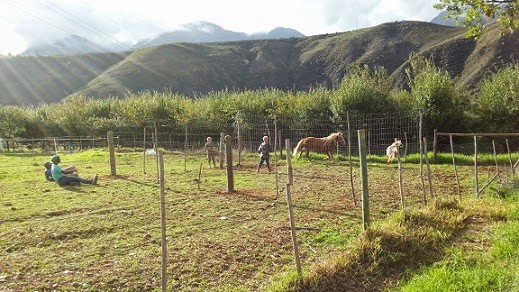 My mom has been trying to joinup with Valk since then, and once Valk sniffed my mom's shoulder from behind (which is very good). She is very intelligent though, and broke out again anyway.


We tied a glove to the front of a stick, so she is supposed to get used to a hand touching her back. 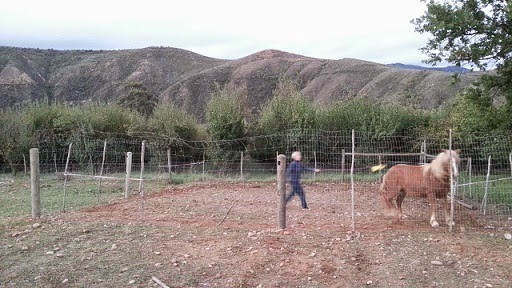 Snacks as a reward (I don't know what Nassie is eating though). 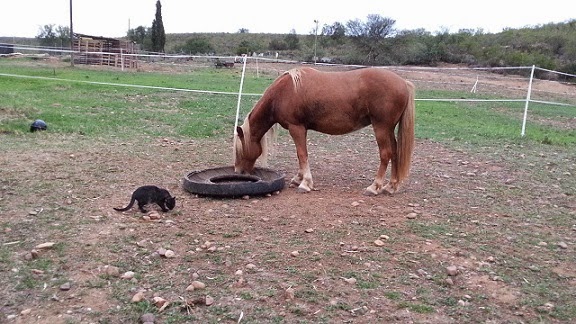 The team handles Arend daily. He has been ridden and most days he is agreeable, allowing the halter on him, following Brendon with the leadrope on, letting Jason cut and file his hooves, etc. As a result, Brendon has been taking him outside the camp to our back door, and even up the hill behind our house! It seems the trick is to get him running, then he doesn't stop. 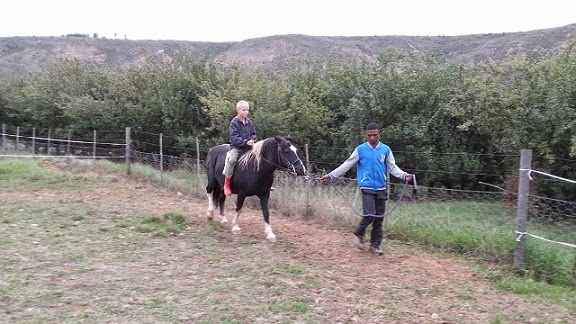 In the alfalfa fields... 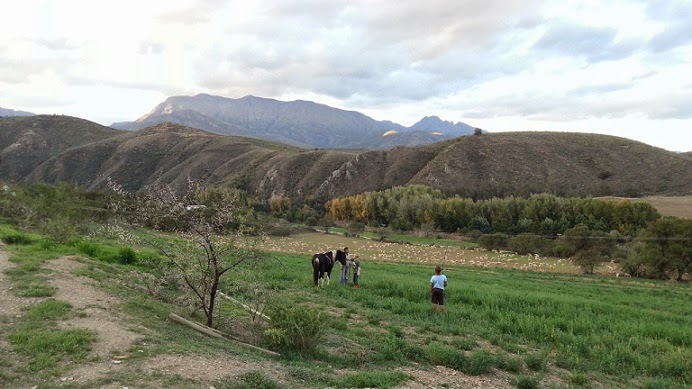 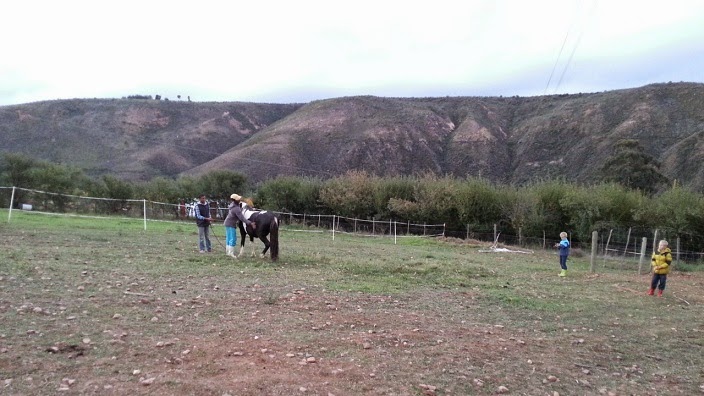 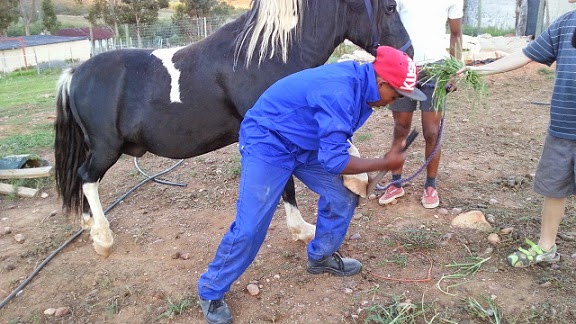 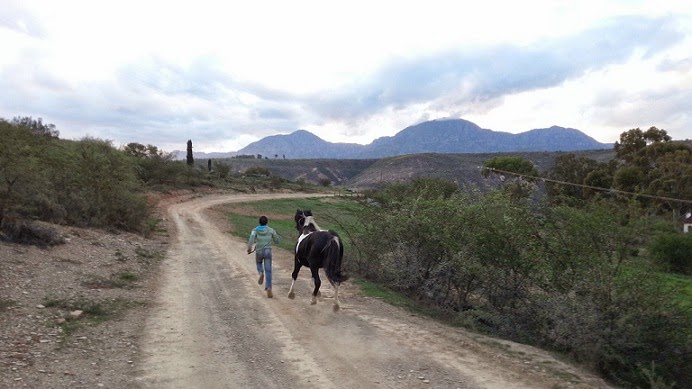 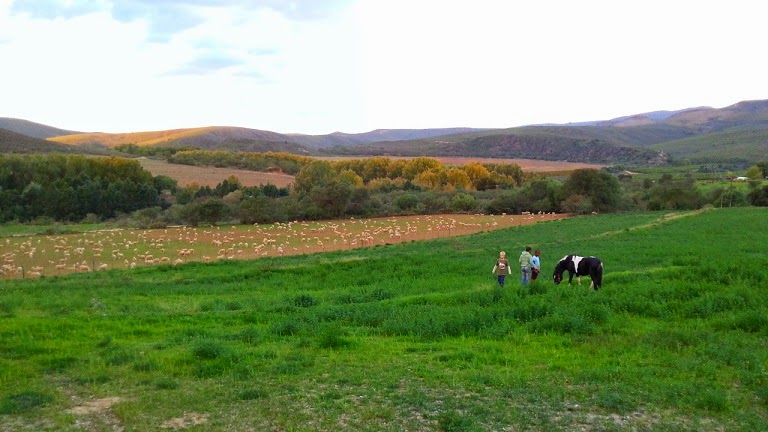