Porterville is a little town in an area called Swartland, amidst rolling fields of wheat (and here and there vineyards) at the foot of the Groot Winterhoek Mountains. We've seen some interesting places in and around it, including 22 Waterfalls Farm, the Jan Danckaert Museum (named after an explorer in 1660), and some magnificent scenery in the Groot Winterhoek Nature Reserve.

After a cooldrink in Porterville itself, we checked out the Jan Danckaert Museum. The Museum is not very big, but we were quite impressed by the San (Bushmen) Rock Art exhibition. The mountains in this area contain a lot of well preserved San art, but because it is risky to expose these paintings to people, some good pictures were taken of the paintings and these are now exhibited in the Museum. 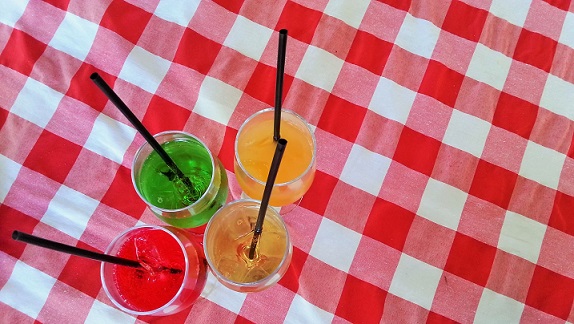 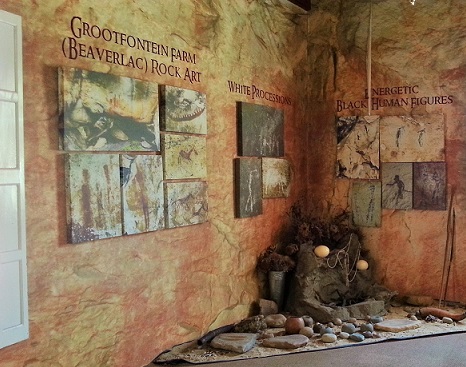 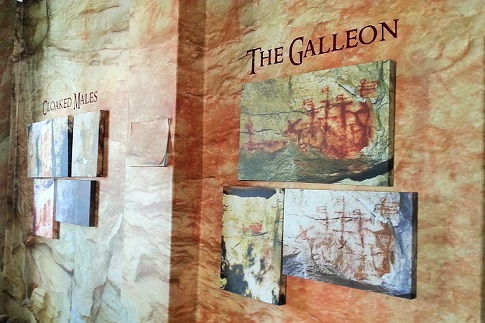 "Bulldog" tractor, of course I had to take a picture. 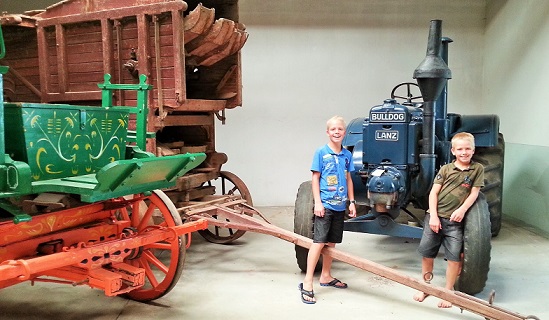 Porterville also has a rather impressive church (for such a small town anyway). 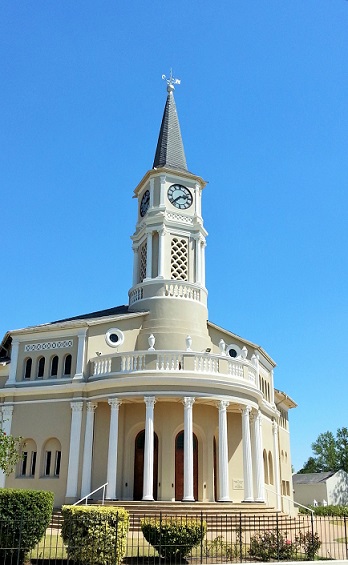 It has competition from its neighbouring town Piketberg though – some more dramatic religious architecture awaits. 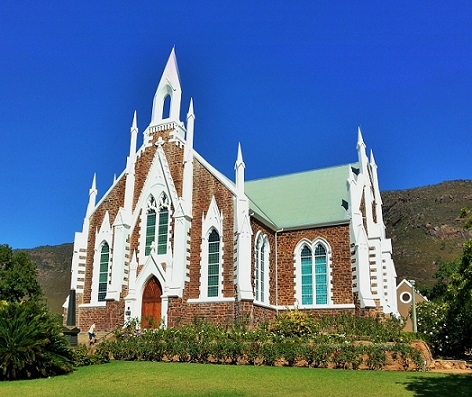 On the 22 Waterfall Farm (which lie just outside Porterville) there runs a stream down a rather steep 'kloof' of the Olifants River Mountains. There are 22 waterfalls, big and small, up the 'kloof' and to see all of them is approximately a 9-hour hike. We only had an hour and so we saw just a few of them, but it was worth it - we even had a swim! 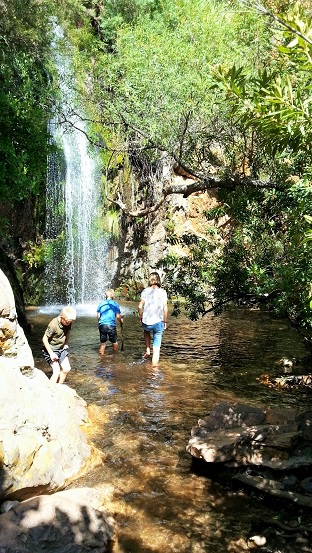 Some rock climbing in between the waterfalls. 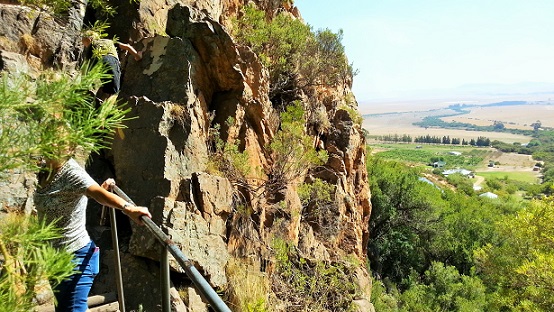 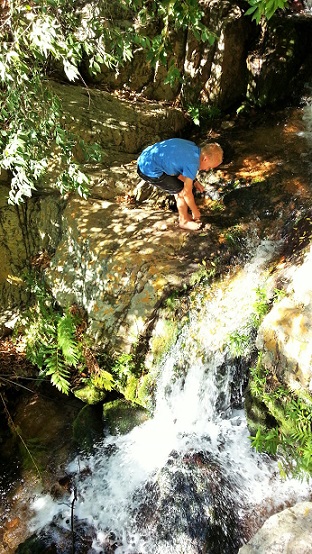 On our way to Groot Winterhoek Nature Reserve, we drove down Versfeld Pass (which winds up the Piketberg Mountain), across the Swartland (a region where wheat does very well) and up the Dasklip Pass into the Groot Winterhoek Mountains, where wind currents are apparently some of the best in the world for paragliding. Some pretty big paragliding competitions are held here every year because of this, and we saw three paragliders on our way up.


Down the Versfeld Pass, overlooking the Swartland. The town to the right is named Piketberg.  Notice the Groot Winterhoek Mountains in the distance. 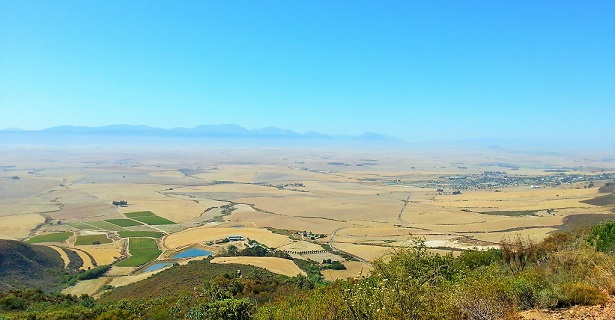 Dasklip Pass, overlooking the Swartland (from the other side); spot the paraglider (click image to view large).  Notice the Piketberg Mountain in the distance. 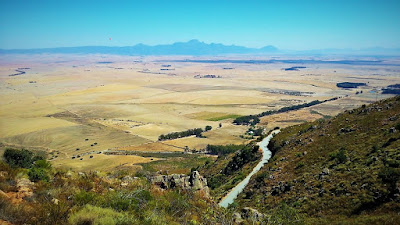 We took a short hike in the Groot Winterhoek Nature Reserve and had a lovely swim in the Disa Pool, so called because of the rare Disa (orchid) plant that grows there in abundance. Blooming time for these plants is in February, but we were lucky and saw a single flower next to the pool. 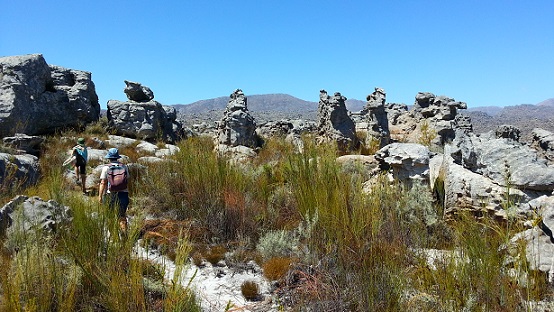 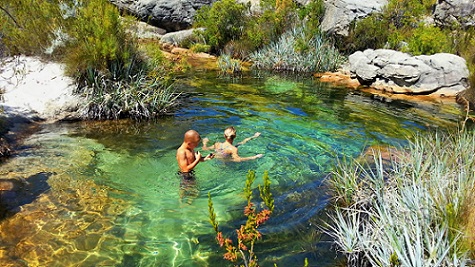 The grey spiky plants are the Disas. 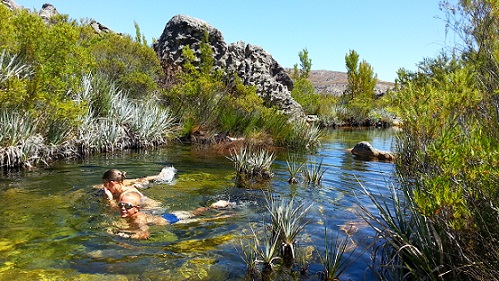 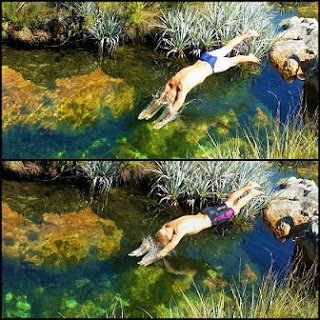 The single red disa flower - we almost didn't manage a photo because of the flower's difficult location. 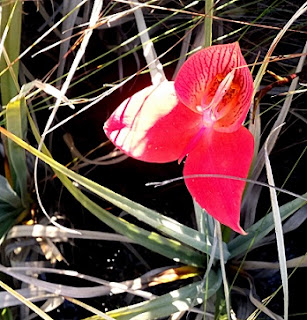 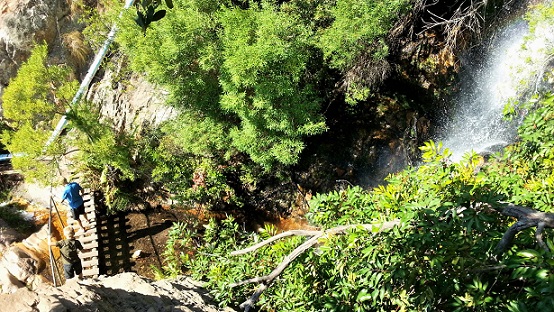