What does Saldanha, Langebaan and Paternoster have in common? Besides being weird names, these three towns are all found in and close to Saldanha Bay, a natural harbor of the West Coast. We've recently had a day-long road trip with fellow German volunteer Dana on the farm, starting through Goedverwacht (good expectations) to the little town of Hopefield around to places like Langebaan, Saldanha, Paternoster, Stompneus Bay, St. Helena Bay, and Aurora (quite a mouthful).

Passing through an area called Sandveld, our first stop was at Kersefontein out of pure curiosity. A beautiful and old guest farm near Hopefield, Kersefontein dates back to 1770 and is still in working order.


Sandveld scenery.  It is literally sand.

Kersefontein  has been in the possession of the Melck family for 8 generations, and is now a National Monument. 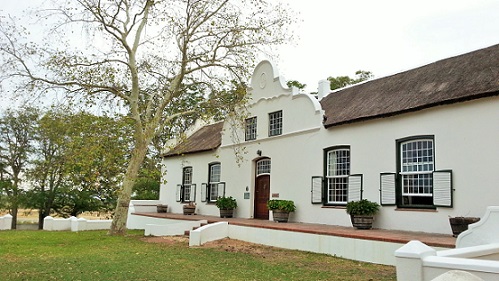 In Hopefield we stopped at a recommended weekly Market for a drink, and then checked out the Simply Bee Center next to the market. It proved rather interesting with a display of a living/working hive behind glass.


At the market everyone was friendly, as so typical of small towns where everybody knows everybody else (and usually what they're doing too). 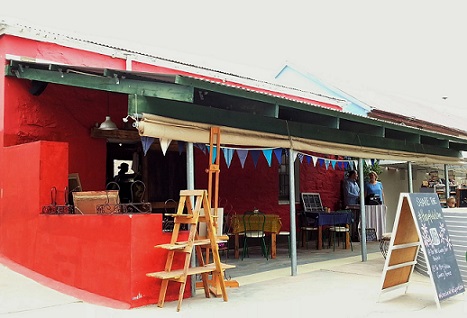 Watching the bees at work behind the glass. Safe from stings, you learn a lot more this way. 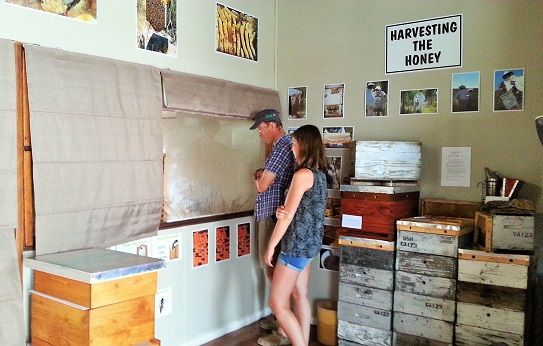 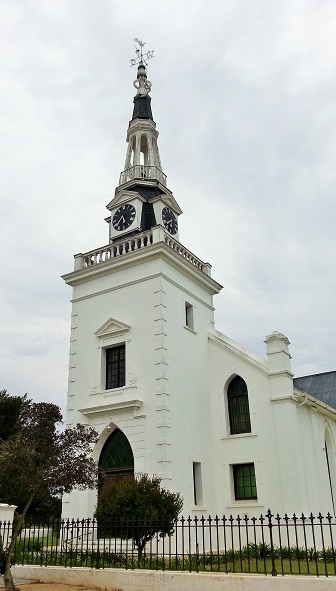 A very old 'hartebees huisie', a specific type of house the first settlers in this region built. 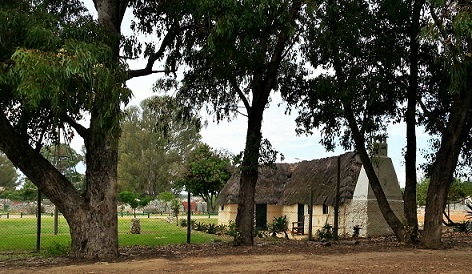 Onwards to Langebaan, where it's common for people from Cape Town to have a holiday house. We took a short walk on the beach - it felt more like walking on the shore of a lake though, as there were almost no waves (because of the natural harbor shape of the bay). 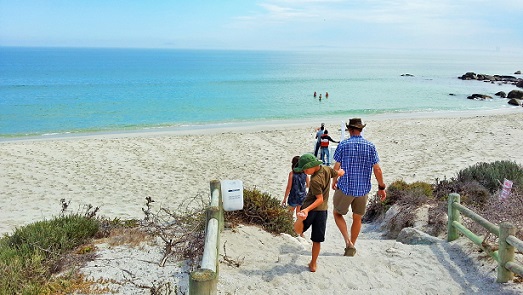 Just before Saldanha (the town), we drove past the Saldanha Works Steel mine. As a result of the mine everything in the area is reddish (I didn't edit this picture).

Further on, we had a light lunch in Paternoster, possibly the quaintest fisher's village in the area. 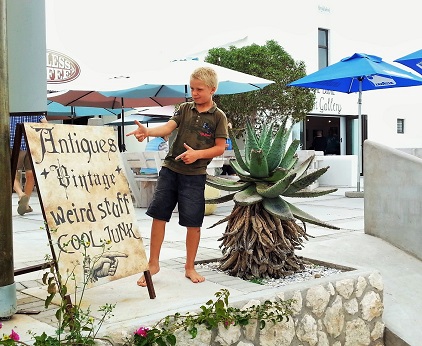 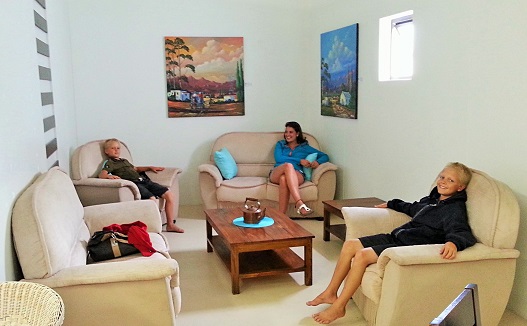 Some of Paternoster's charming houses. 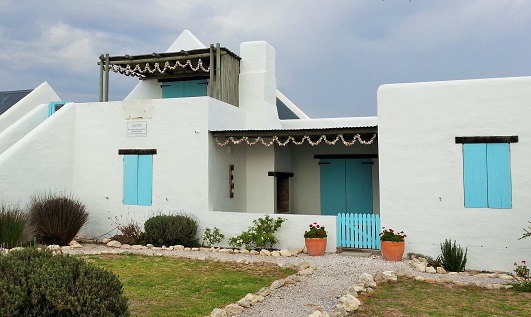 Many of the places had a boat of some sort laying around in the yard. 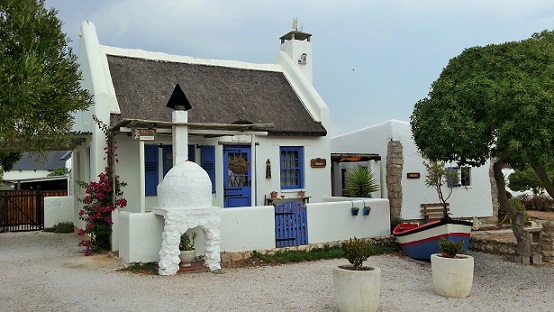 At Stompneus Bay (literally translated bluntnose bay - what a name) I ran to the beach for a picture, while the rest waited in the car. 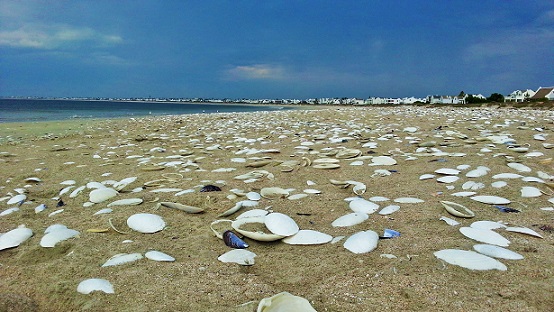 This place is called 'Laaiplek' (literally 'loading place') part of Velddrift (a coastal fishing town), but I doubt anyone would trust their stuff to be loaded here. "So, on which ship are you loading?" "The one under water." 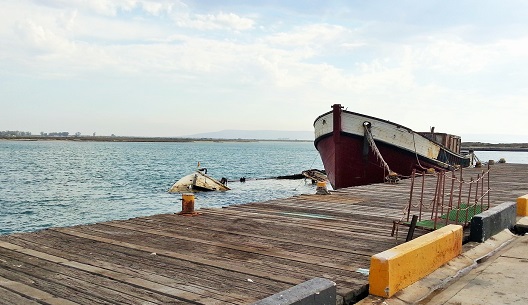 Lastly, before heading back to the farm, we popped in at Aurora, a tiny town (but with a big church, of course) on the other side of the Piketberg Mountain. 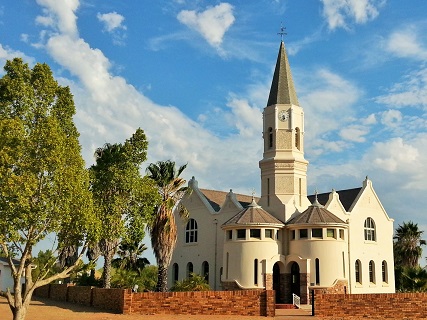 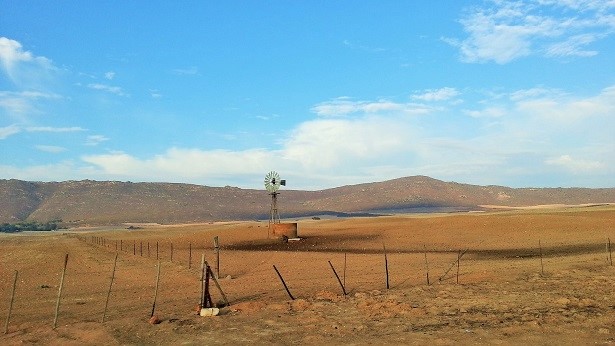 It was a long day. Thanks for reading! 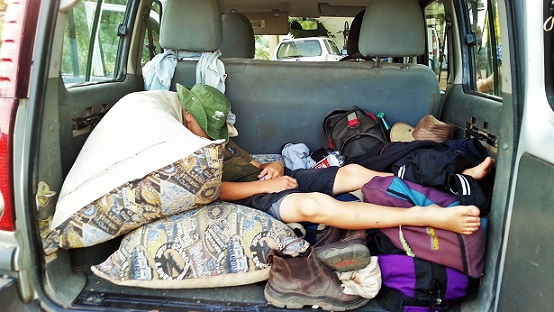