Last Saturday we once again donned our tourist hats, and set out to explore some of the most popular tourist destinations in South Africa. We climbed up Table Mountain, took the Cable Car down, checked out the Castle of Good Hope, visited the old Company Gardens and even tried swimming in the freezing (but beautiful blue) Benguela ocean current at Camps Bay.

The most popular tourist destination city in South Africa is Cape Town, but what makes Cape Town so special is Table Mountain, the curiously flat 'Guardian of the South'. 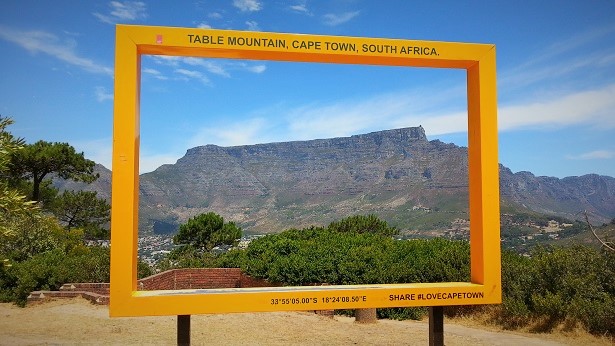 There are many hiking trails on top of the mountain itself, but one first has to get up there... Most people take the easy way out and ride the Cable Car up and down the mountain, but we decided to hike up Platteklip Gorge instead, and only take the Cable Car down. We were very glad about the Cable Car once we were on top though - the climb was only about 3 km, but it took us an exhausting 2 hours!

About halfway up the gorge. 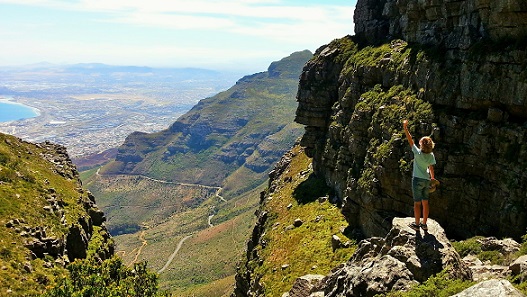 The view was fantastic. 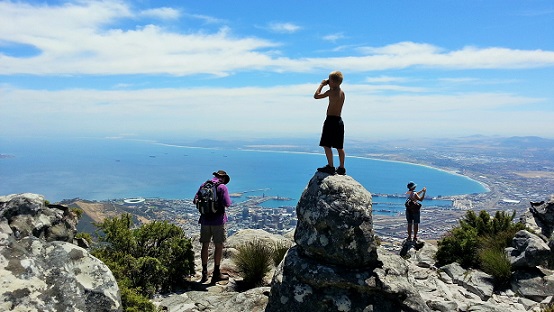 We were very fortunate with the weather; there was barely a breeze, which is unusual for the Cape (and mountains). 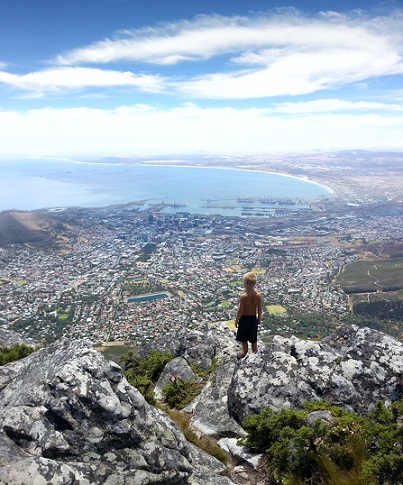 Headed down on the Cable Car, we had a good view of Lion's Head (on the left of the picture) and Signal Hill (which is supposed to be the rump of the lion). We also heard the Noon Gun firing at 12:00 pm from Signal Hill, which it has been doing every day for 110 years (since 1806). 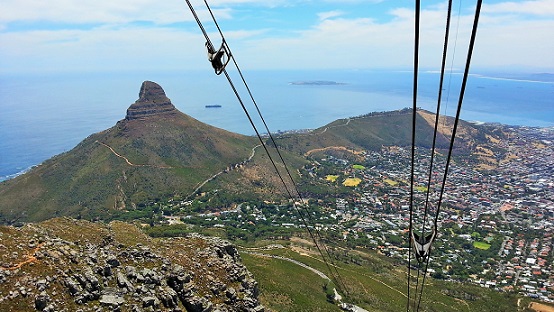 The mechanics of the Cable Car, imported from Switzerland. 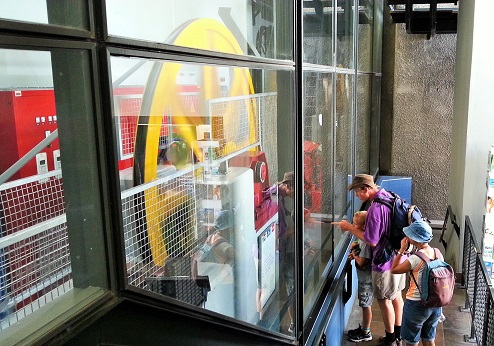 We made a quick stop at Signal Hill for some pictures. 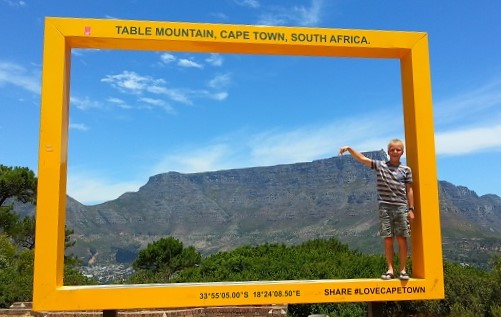 Next up was the Castle of Good Hope. Built in the 17th century by the Dutch East India Company, it is the oldest colonial building in South Africa, and is still serving as a military building today.


This bell tower was added by Simon van der Stel (Governor of the Cape) in 1684 (made from yellow, imported Dutch bricks). 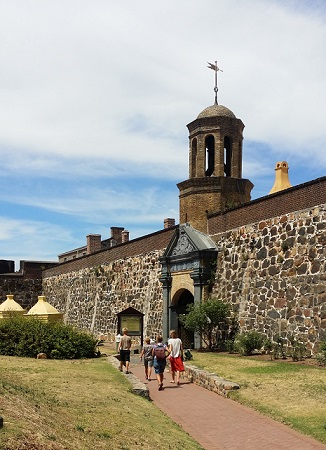 A model of the pentagon-shaped fort. 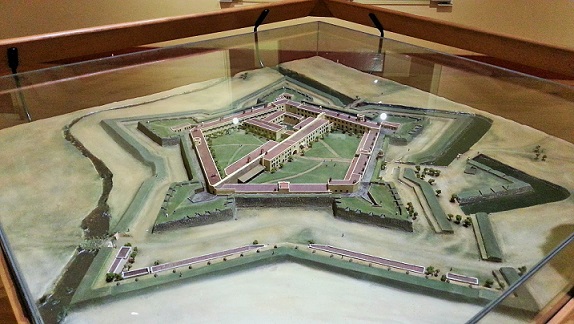 The fort is divided into two parts by a wall called the 'kat' (we have no idea why). 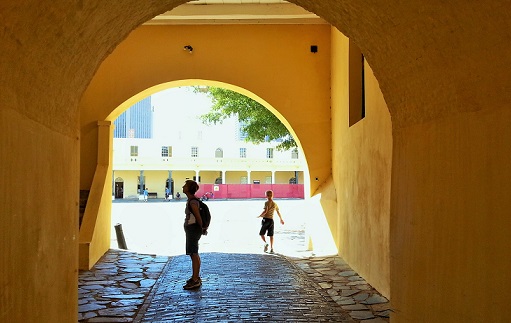 The architecture is very European (which is understandable as it was built by Europeans). 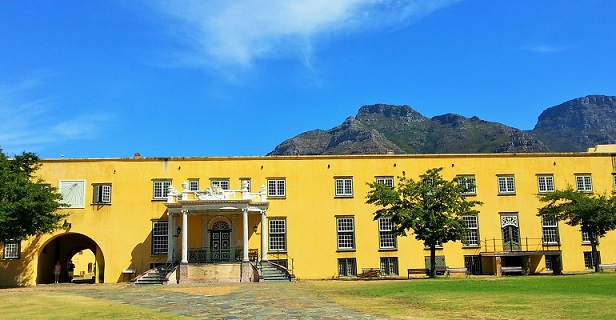 Then we drove to The Company's Garden. A very big and spacious park, it used to be the original fruit and vegetable garden established by Hendrik Boom in 1652. However it has since been changed and expanded by order of Simon van der Stel in 1679, and is now a famous botanical garden with indigenous and exotic plants, shrubs and trees.

By this time we were very tired. 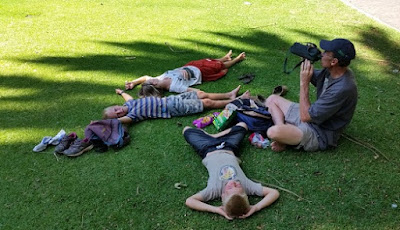 Some walking around in the gardens. 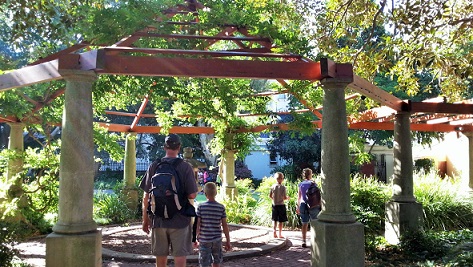 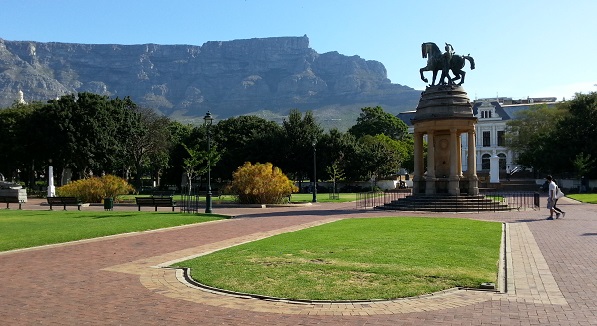 There were also massive finch nests (it's a play area). 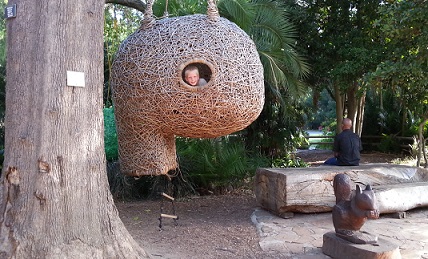 After the Gardens, we drove to Camps Bay, where we tried to swim. Mom led the way and dove in first, giving us courage after her warning about the low temperatures... She knew what was coming though (we didn't); the water was so cold we could barely stay in for a few seconds, feet and fingers going numb and gasping for breath. This is because the warm Agulhas ocean current that hugs the eastern coast of South Africa meets the cold Benguela current and turns around at Cape Agulhas (which we visited earlier this month). Thus the western coast of SA has very cold water mostly unfit for swimming.


The mountains in the background are called the Twelve Apostles. 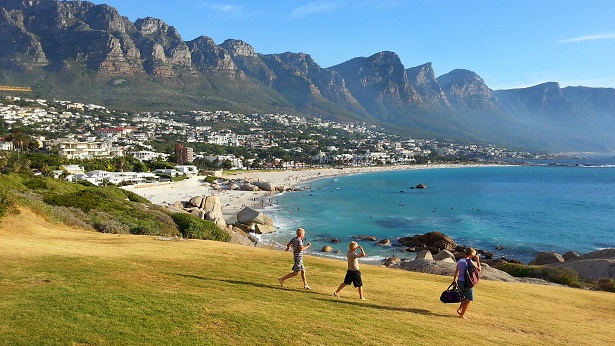 We took some beautiful pictures. 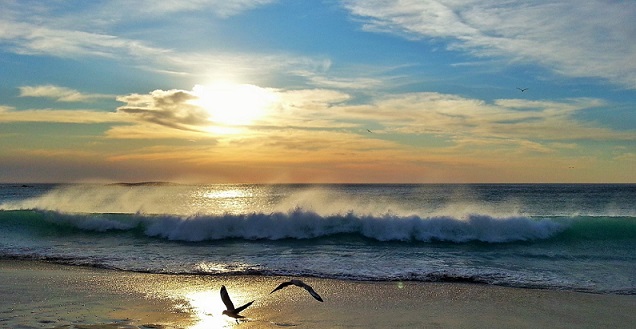 We finished off the day with smoothies and pizza in Hout Bay. 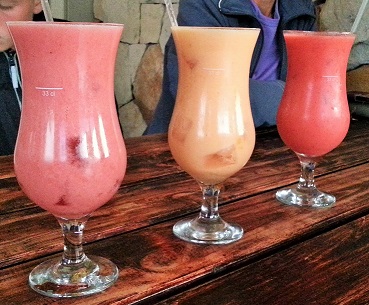 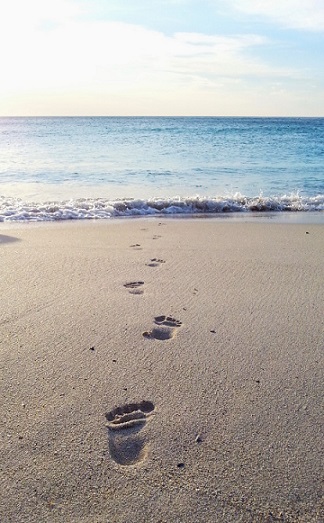