Swellendam, Struisbaai and Southern Tip (of Africa) In One

We are on the move again. Names of places in South Africa often get very interesting, considering the variety of languages it originated from – from Hotagterklip to Suurbraak, Barrydale, and Cape Agulhas, the southernmost tip of Africa. Here is some of what we did and where we were 28 to 31 December, 2015. 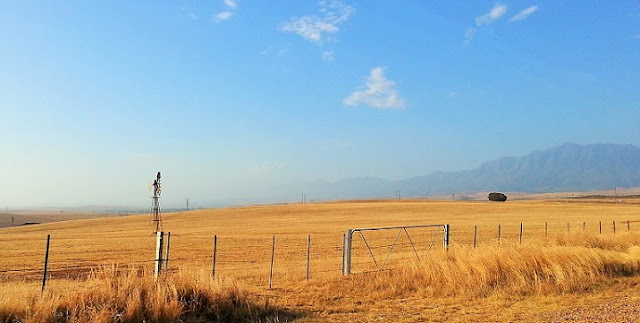 On December 28 we left the Kammanassie and drove to Swellendam, where we pitched tent for 2 nights. On the day of arrival, we tackled Swellendam (the third oldest district in South Africa) as proper tourists and visited the Drostdy Museum (check out their website). 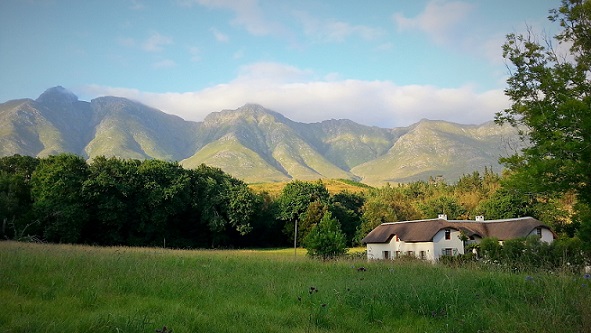 The massive church in Swellendam. 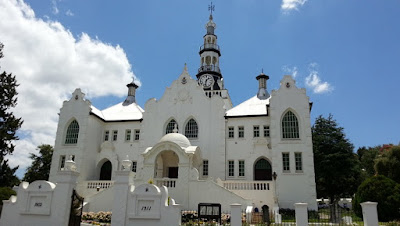 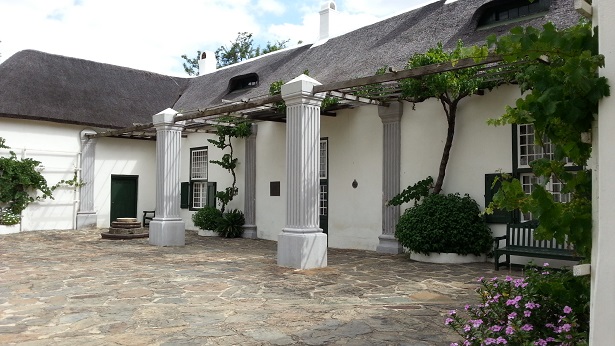 Lock picking - an old safe with 3 different keys and locks. 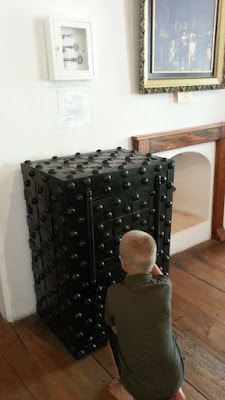 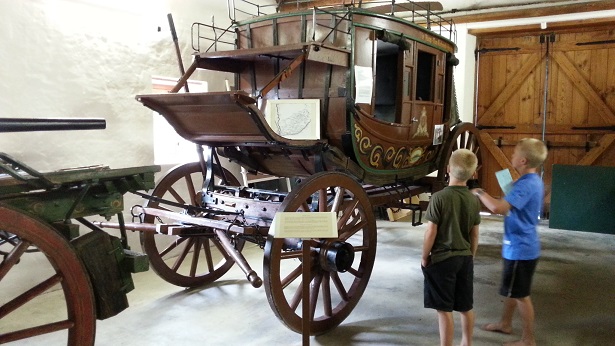 The Craftman's Yard, where old trades were exhibited and explained. Did you know that making casks used to be a highly specialized trade called coopering ('kuiper' in Afrikaans)? 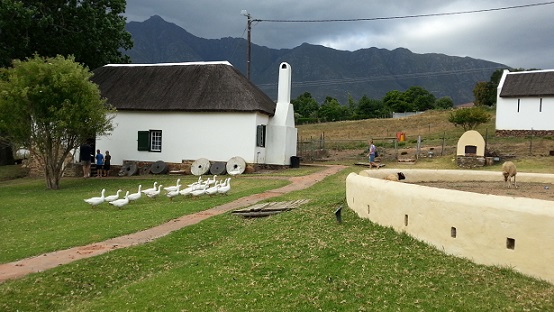 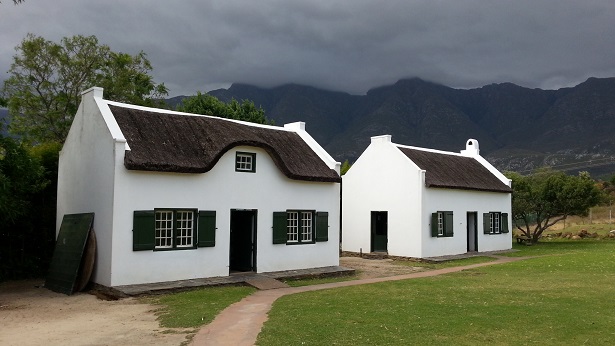 The next day, we drove through the area known as the Overberg (literally the area on the other side of the mountain coming from the Cape), where we stopped at a Shipwreck Museum in Bredasdorp.


Big anchors and a bigger tree. 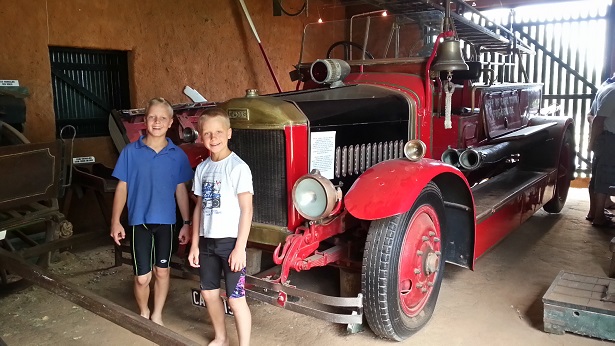 Old canon recovered from a wreck (now relived as a weapon of mass destruction...). 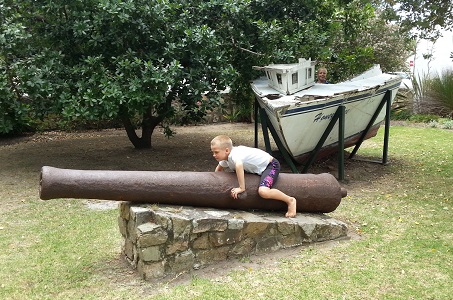 Next on the day's list was L'Agulhas, or Cape Agulhas, the southernmost point of Africa where the Indian Ocean meets the Atlantic Ocean.


Queuing for a picture. This totally made my day. 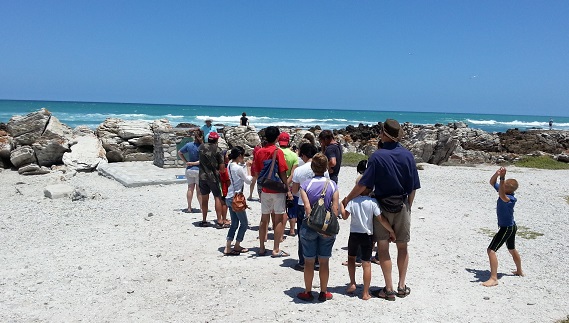 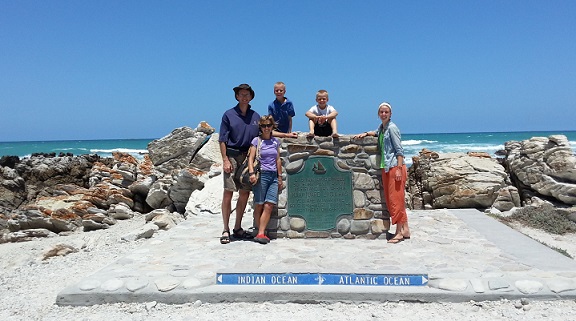 The boardwalk stroll to the Agulhas Lighthouse.

The last time we visited the Agulhas Lighthouse, I was 6 years old (and my brothers even younger), thus we didn't remember much of it.


Someone discovered an unknown fear of heights. 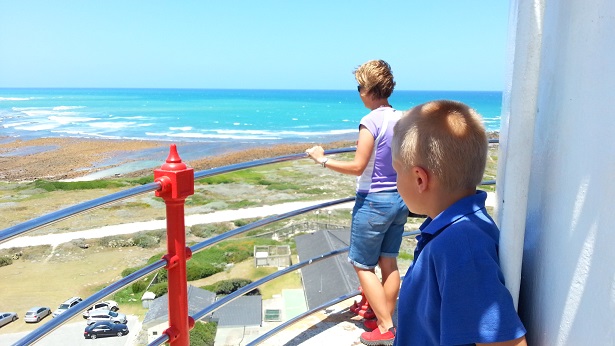 The glass around the light itself. 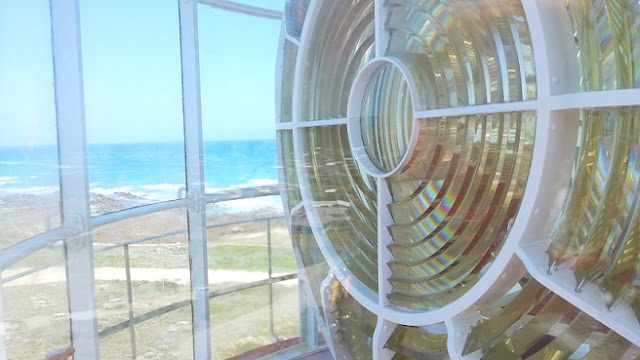 We feel safer down on earth, thank you! 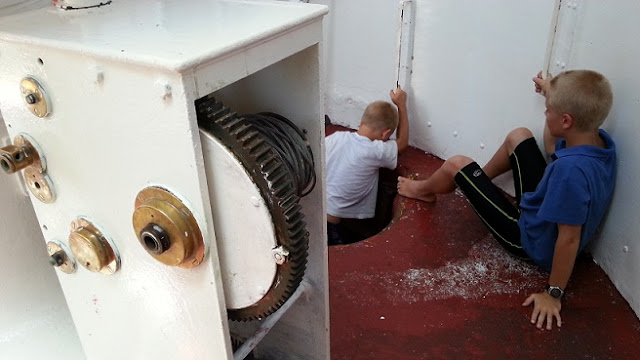 After some lunch and ice cream at the southernmost cafe in Africa, everyone's giddiness was gone and we drove back through Struisbaai, where we had a lovely swim and walk at the beach. 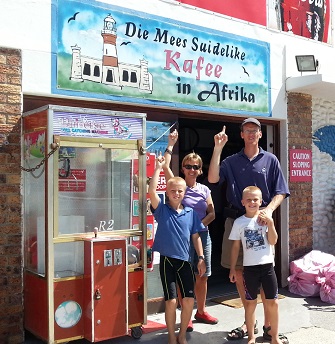 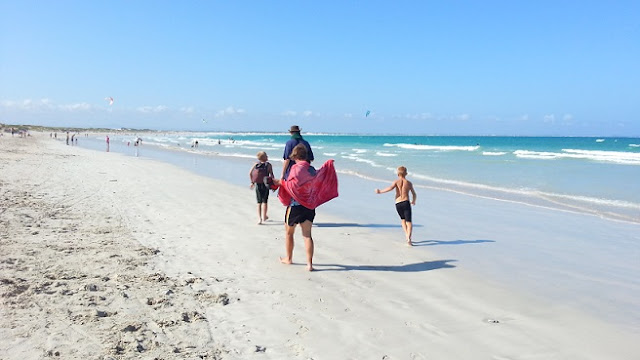 A deceased Blue Ray - not your DVD player. 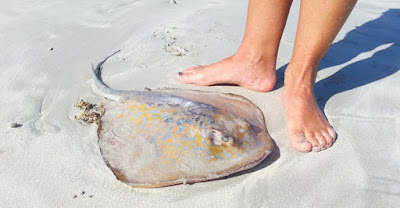 'Hotagterklip', a hilarious name for a cottage in Afrikaans, just outside Struisbaai. 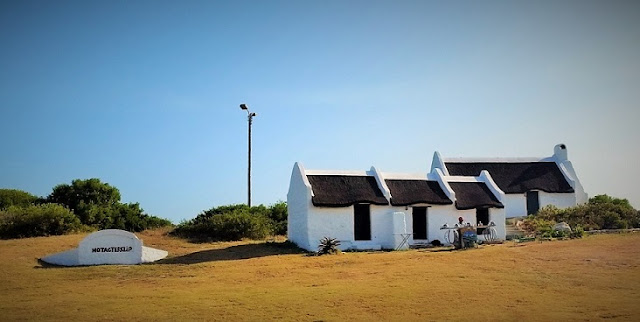 Driving back to base camp...

....past collapsed silos that had contained canola seeds (this was a real disaster that happened less than a month ago).

The next day we packed up, and went for a last hike in the Marloth Nature Reserve.


Mountains...the peaks are called Ten o'clock, Eleven o'clock and Twelve o'clock (apparently old people in Swellendam can read the time by looking at the shadows on the peaks). 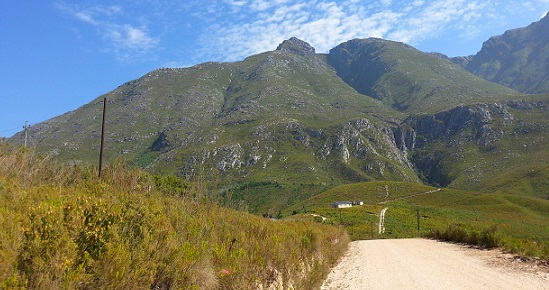 Ferns in a piece of natural forest still left... 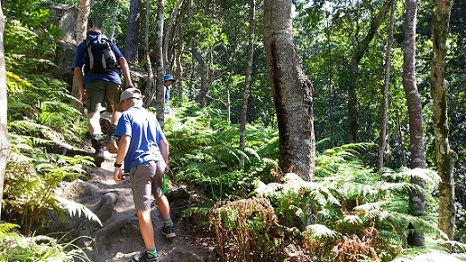 ...and magic pools (the water is not dirty, it's just the result of the leaves decaying). 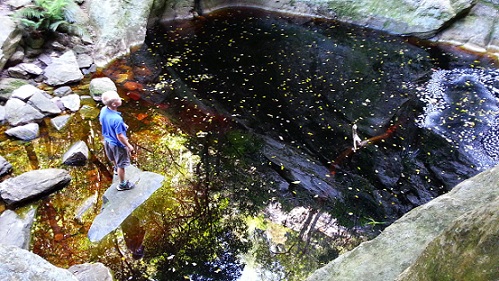 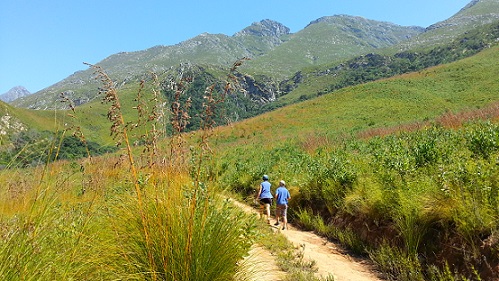 Some kind of fantastic fungi is our guess, but we don't really know what it is. 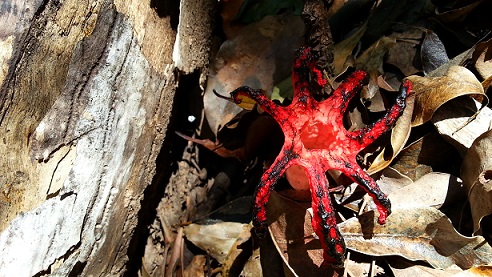 Thanks for reading, and watch out for the next post featuring New Year's Eve 2015 in Cape Town! 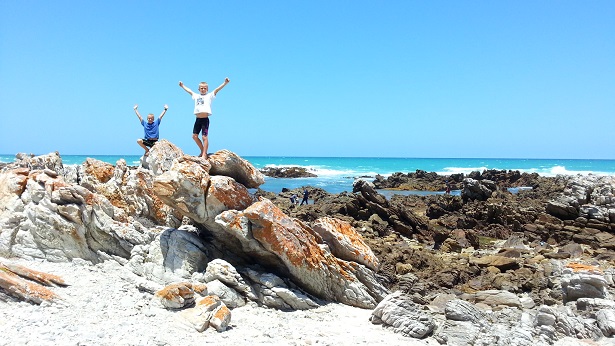