Since June, preparations has begun for the planting of new fig and almond orchards. It has been an interesting process to observe! The new fig orchard is directly next to our house, and we've spent a few annoying days trying to concentrate on school with the loud clankings of a bulldozer ripping the (rock-hard) 'Klein Karoo' soil next door....

First, Charles in the TLB cleared the area of 'veld', aka mostly 'renosterbossies' (a very tough but useless plant that abounds in the Karoo) and thorn trees. It is quite impressive watching him work as he knocks over trees and crushes shrubbery. 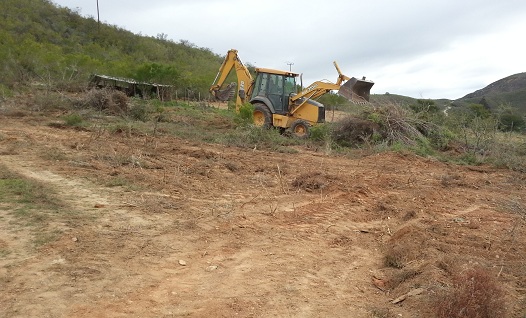 The heap of vegetation is left for a few days to dry and then burned. 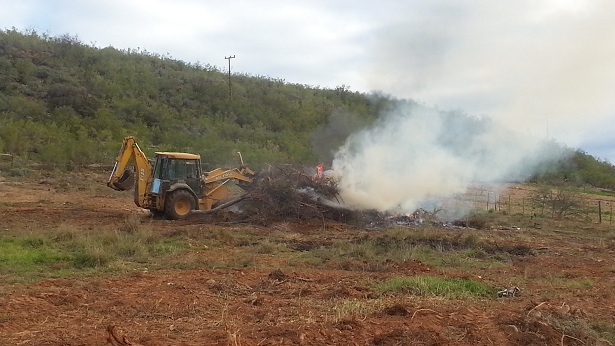 Cleared enough for the next step. 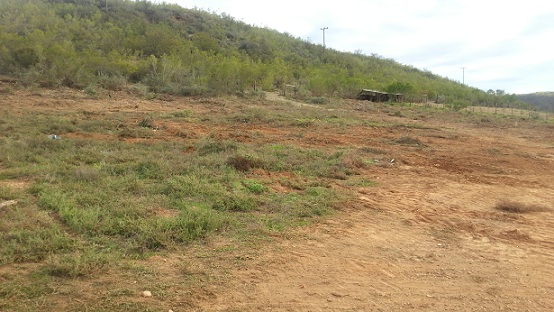 
Of course pipes had to be removed before the bulldozer rips ("if that's our house's water...."). 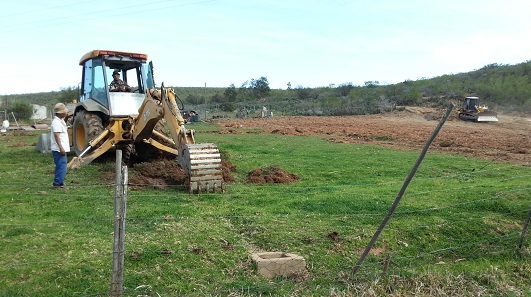 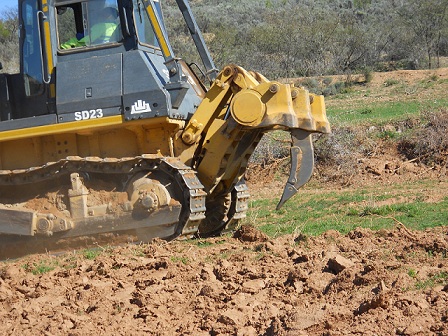 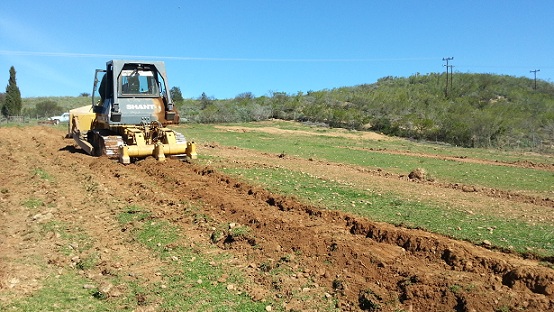 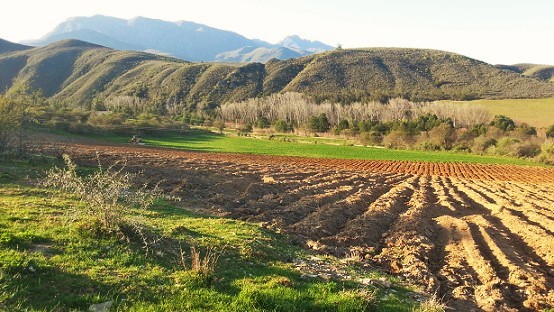 While the bulldozer was still ripping, the little fig and almond saplings arrived (at first we thought it was just sticks haha). As their new home was not yet ready, trenches had to be dug real quick and the saplings kept moist. 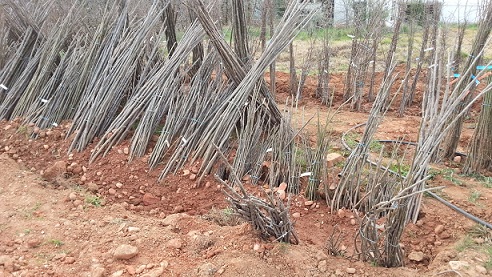 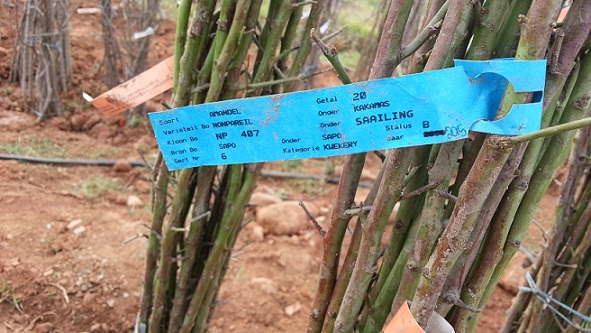 After the bulldozer has done its work, the soil has to be made even again; this was speedily done by Johnson on his 'Ferrari'. 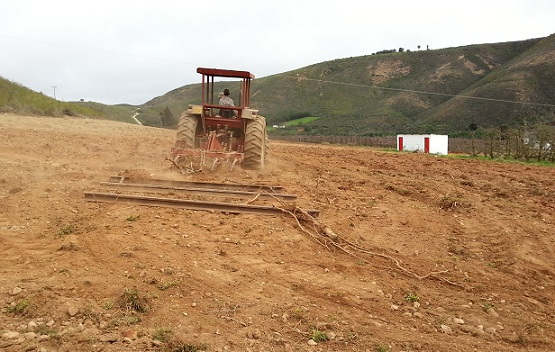 Then lime and fertilizer is added and mixed in. 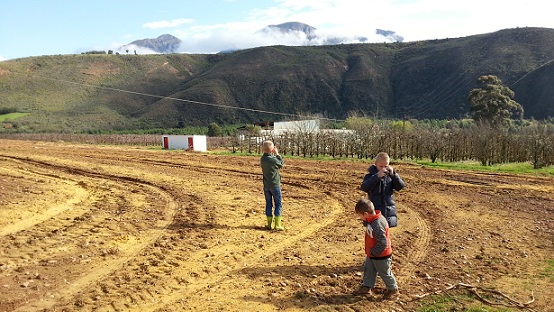 When the soil is prepared, slopes are made.

First, soil is scraped together. 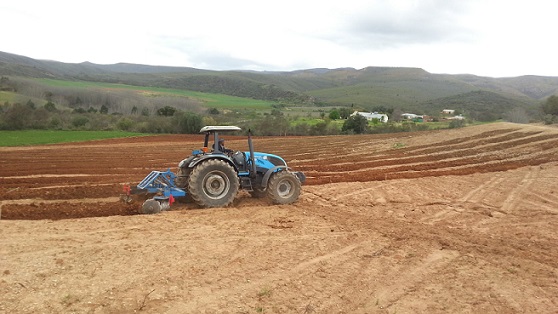 Then the spaces in between is leveled. 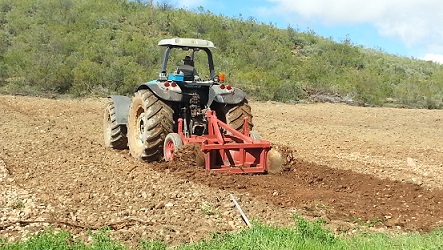 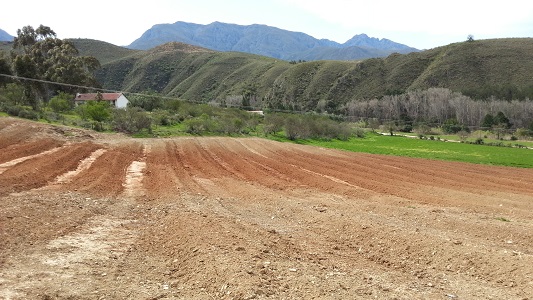 Next comes reeds to support the individual fruit trees, planted in rows on top of the embankments.

A neighbor who has been through the process of getting a new orchard on its feet helped oom Jan. 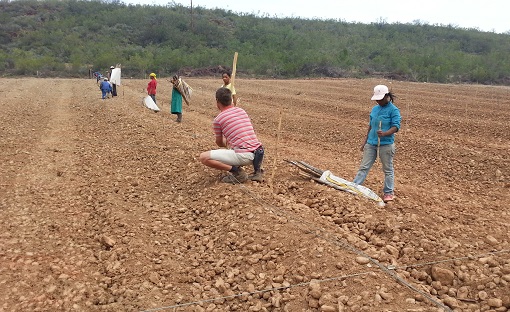 Budding trees, not yet planted. 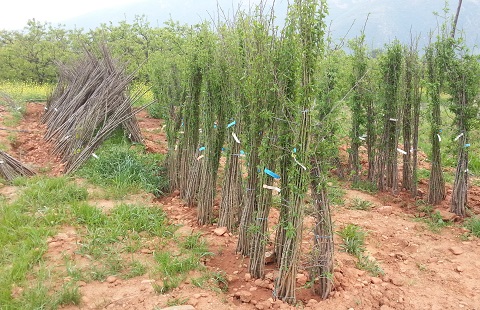 At last, the planting can start! 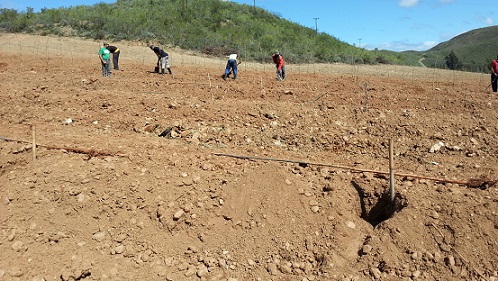 Every single tree is planted by hand... 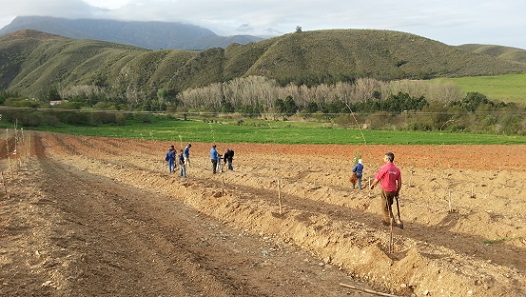 ...and then watered by a tractor pulling a tank because the irrigation is not yet in place. Luckily we had some good rains watering the trees just after planting as well. 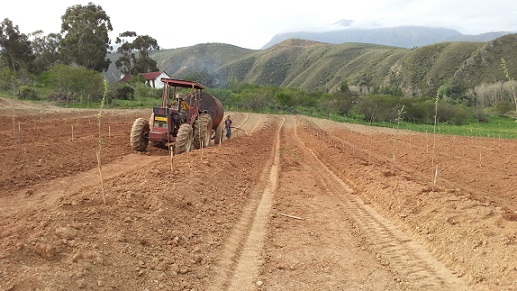 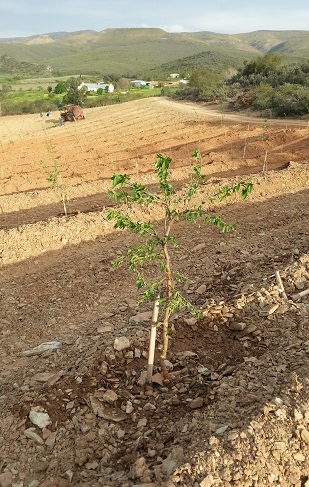 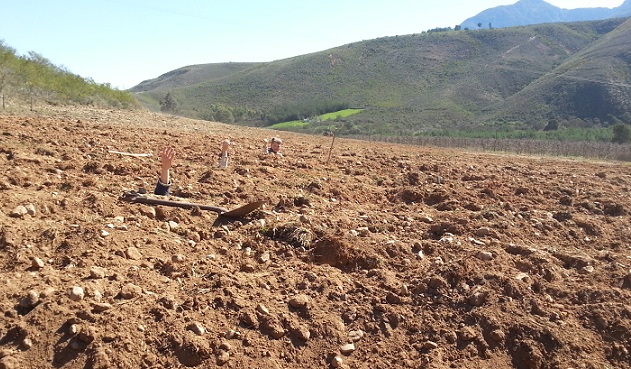