A while ago, there was some commotion down the road and when we went to investigate, cattle were being loaded onto a transport truck. 'Oom' Jan was taking sheep and cattle to a nearby auction the next day, and we decided to go check it out. We've been to auctions before, but all auctions are different and we figured it would be a fun outing. 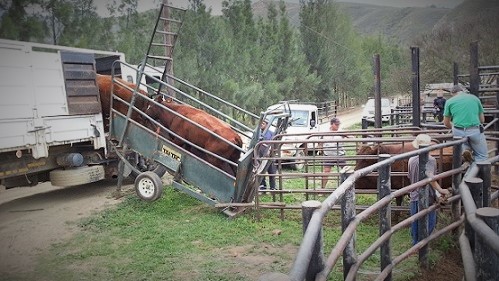 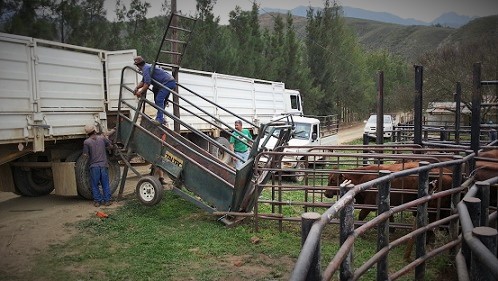 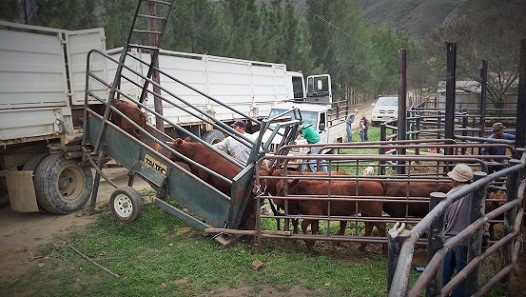 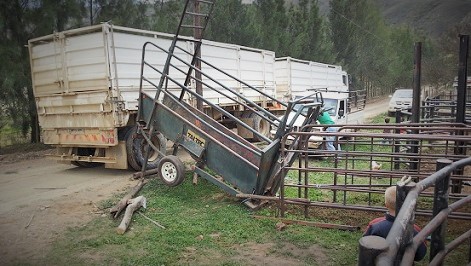 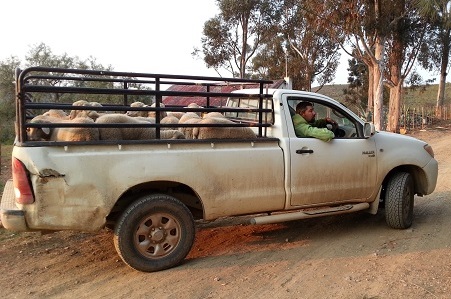 It was a cattle and sheep auction (there are different auctions for different animals), and before they started, we walked around and checked out the process of how the animals got into the pens. First, the entire transporting vehicle including animals are weighed, and then the animals are unloaded and put into their pens. The vehicle is weighed again (minus the animals) so the total weight of the animals can be determined.

Que for the (giant) scale. 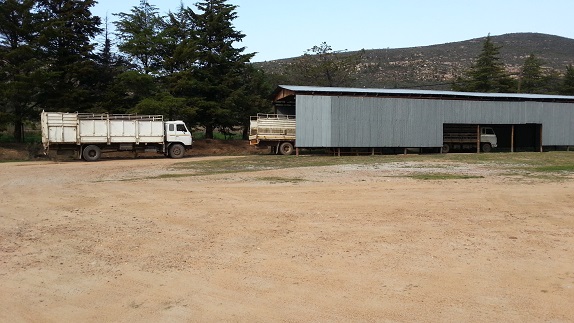 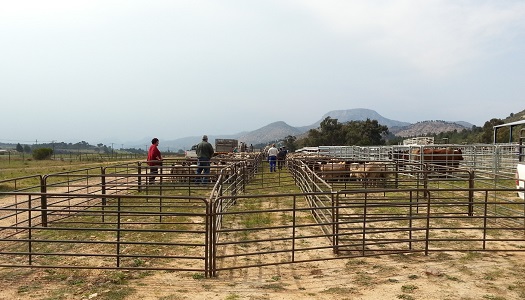 A (literal) leap of faith for the sheep. 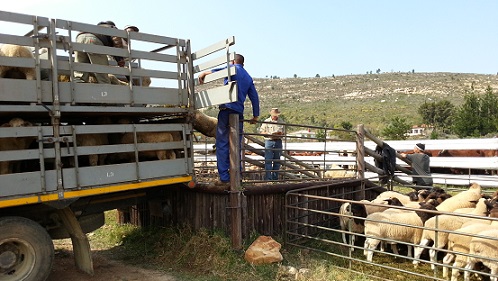 Some brave ones who weren't supposed to jump. 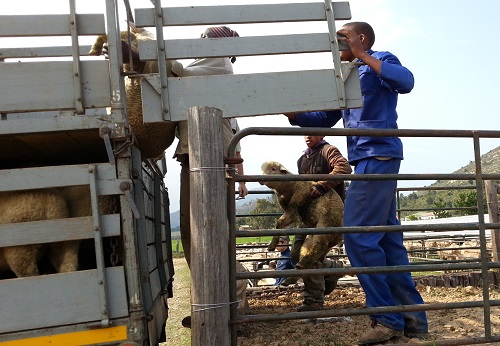 Chased to their pens. 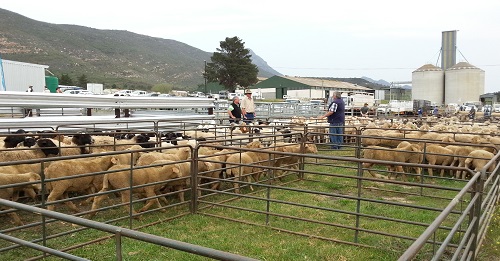 Groups of animals are sold by average weight (dividing the weight of the group by the number of animals). If an owner is selling animals in different groups but all of them were brought to the auction on one vehicle, once one group is unloaded the rest of the animals still on the vehicle has to be weighed again. 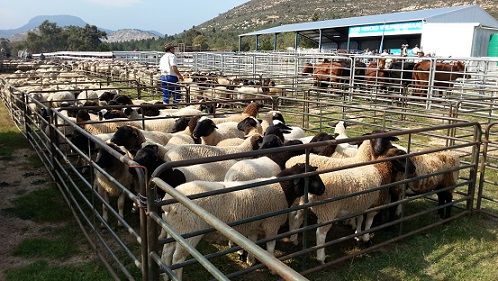 Before the auction started, we took a look at some of the livestock already in pens. From tiny calves (sold with their mothers, of course) to huge bulls, rams, ewes and lambs of different breeds of sheep; all awaiting their fate.

Photographer and assistant (in the making). 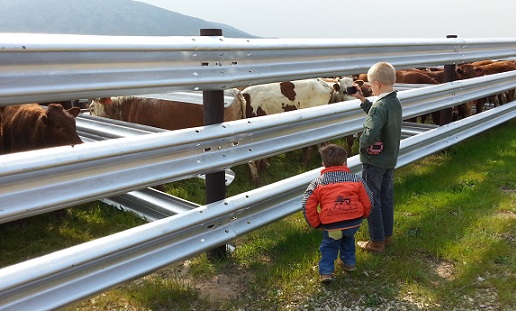 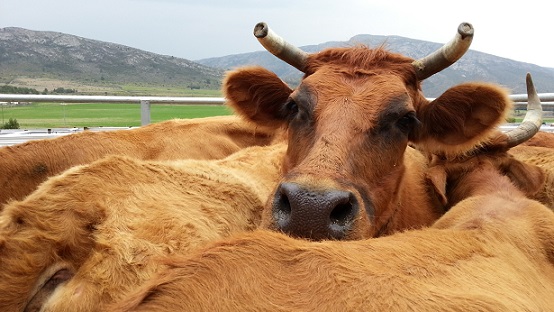 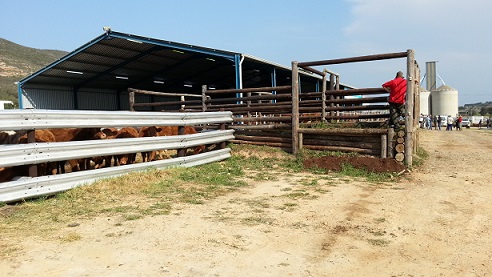 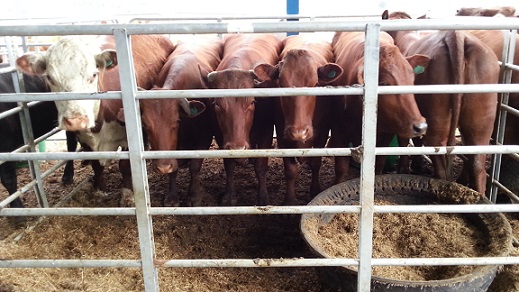 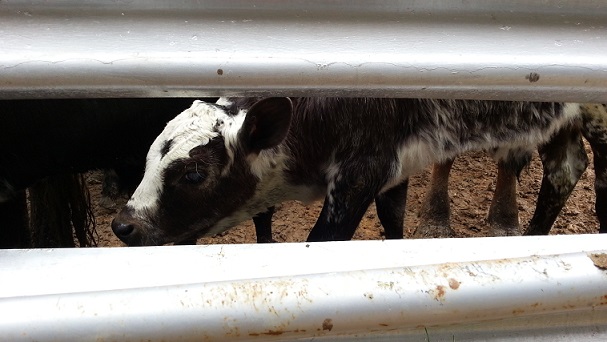 Once they began, it was amusing listening to the auctioneer through the loudspeaker. As he knows who had registered beforehand as bidders, the price raised at tiny movements (barely a flick of the eyelid, or a single raised finger) from certain individuals. Once sold, livestock has to be paid for before the new owners can load immediately after the auction (as the animals are without food and water in the pens).
For the sheep, everyone moves around the pens, and once sold the creatures are stamped with paint (probably a code for the new owners, arranged when they had registered).

The auctioneer speaking - the essence of auctioning. 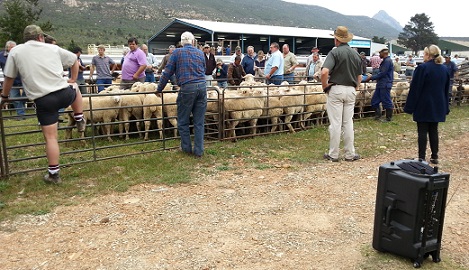 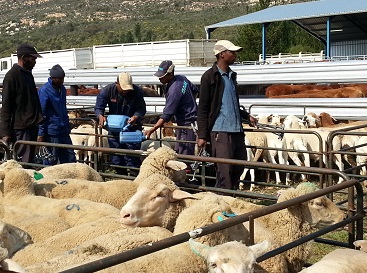 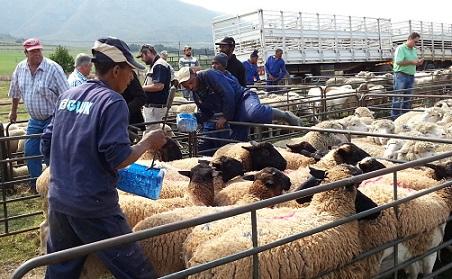 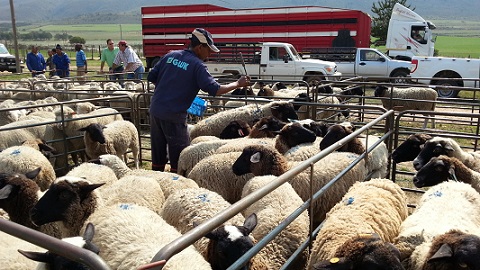 For the cattle, the creatures are chased into a small viewing enclosure during bidding, and then out another gate back to their pens. Onlookers can sit on a stadium around the camp or just stand.

From the outside, just chilling. 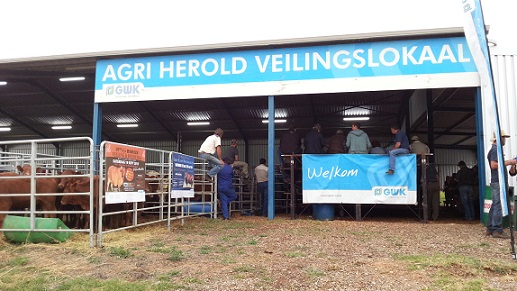 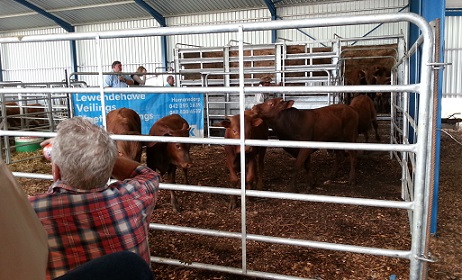 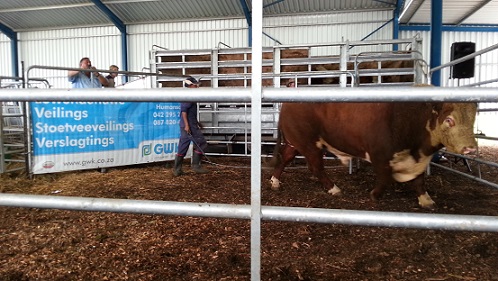 After a good 'boere-' hamburger, we went home, glad to have skipped school for an interesting and educational outing.

Auctioneer in the making? 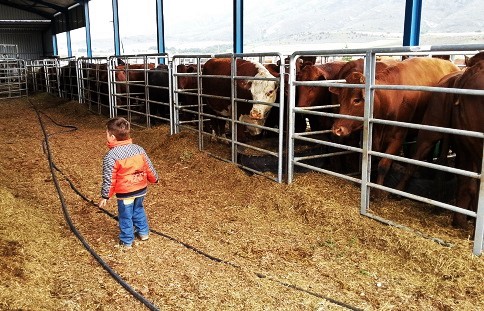