Earlier in September, our 2 ponies Arend and Valk found a new home... Because we are only staying on the farm until the end of the year, we knew from the start we would have to sell them again. They taught us many lessons, and we have been blessed by the opportunity to have had horses and getting some valuable experience and life lessons.

What triggered the sale so soon though, was the planting of new orchards. Their camp (and grazing/food) next to our house is now a young fig orchard.

The new owners live on a farm in the Baviaans, and we are sure they will take good care of the ponies - so after having come to visit and see Arend and Valk once, the next step was to figure out the transporting business.

After weighing Arend on the cattle scale, we determined that the 2 ponies together on a trailer would still be under the weight limit. Thus, the trailer it was! 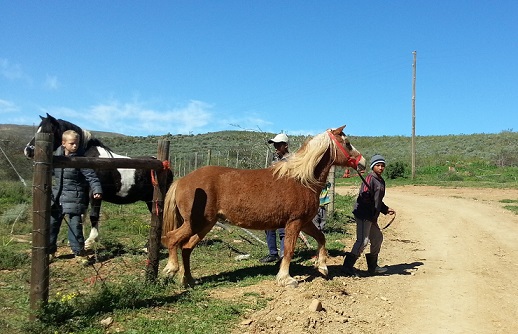 First, they tried coaxing Arend on, thinking that if they could get him on Valk would quickly follow. Unfortunately they had underestimated Arend's stubbornness. 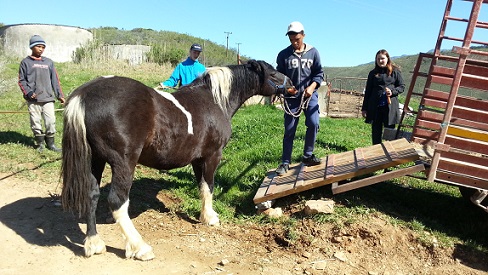 He refused to budge. 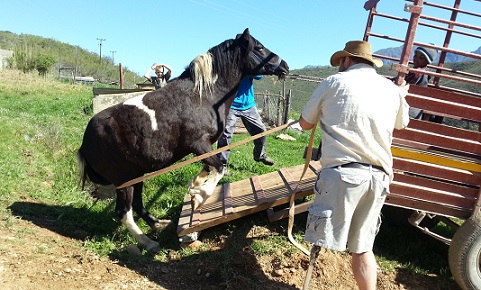 After the first unsuccessful attempt, it was decided that a makeshift 'crush pen' would be used to guide them in, and this time Valk would go first as she isn't so stubborn. 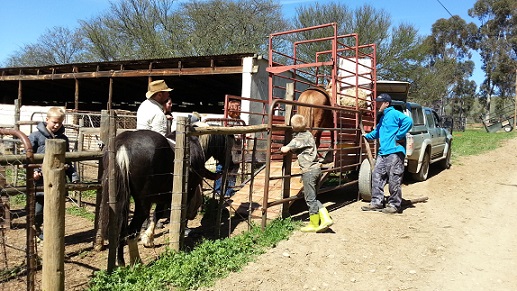 Getting the door closed and keeping the horses in at the same time - that's why they call a son a father's right hand, literally. 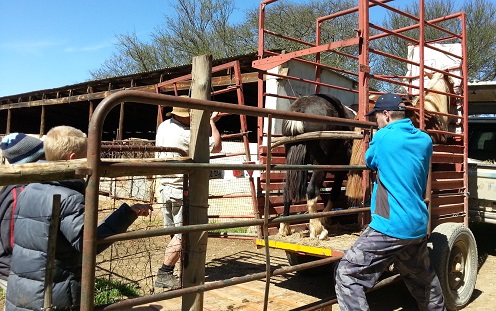 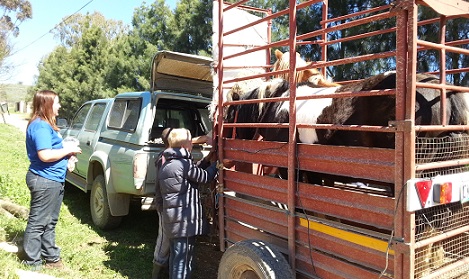 Farewell ponies - thank you for teaching us many things about ourselves! 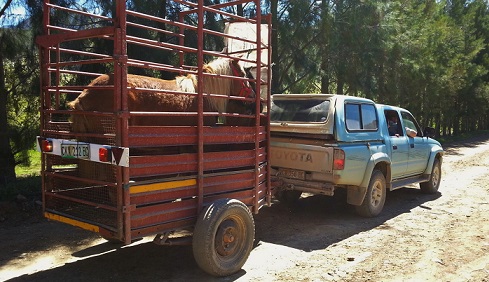 We have also long since sold the last of the piglets; two more to 'tannie' Marina, and one to 'oom' Wilhelm and Piet. This turned out to be quite a mission as we had to transport the piglet ourselves.... Thankfully Jaylin helped us out. Here's how we did it:

The easiest way was to put the piglet in a bag (preferably more than one bag, actually). After the wrestling match, the pig was bagged! 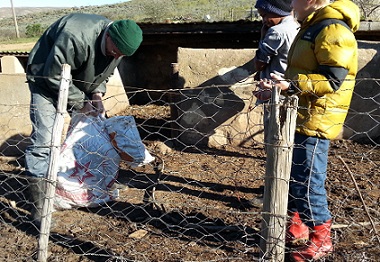 One stuffy ride for the pig (and a most smelly one for us) later... 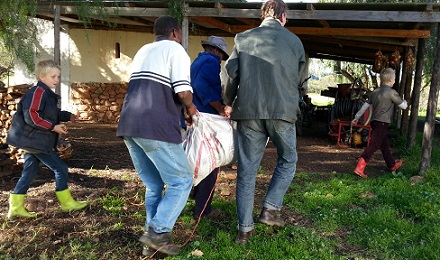 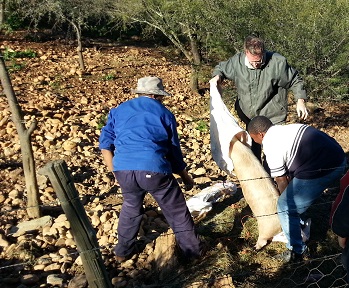 The poor thing was very disorientated. 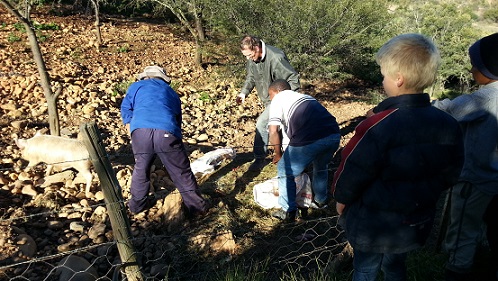 In conclusion, we've had our share of animals to care for on the farm and it has been good. The ponies both have their own unique personality, and we've learned a lot about horses, ourselves and similar behavior between us through the process of getting to know them as individuals.
As for the pigs, if you ask the boys they'll definitely say it hasn't always been fun and easy (in fact it was hard work), but we have no regrets.