Ponies in the 'Kraal' 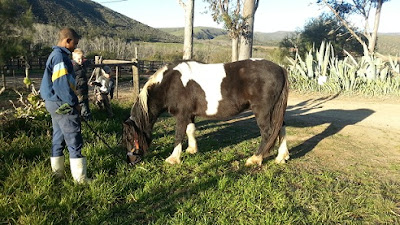 Maarten on his own horse - a dream come true! 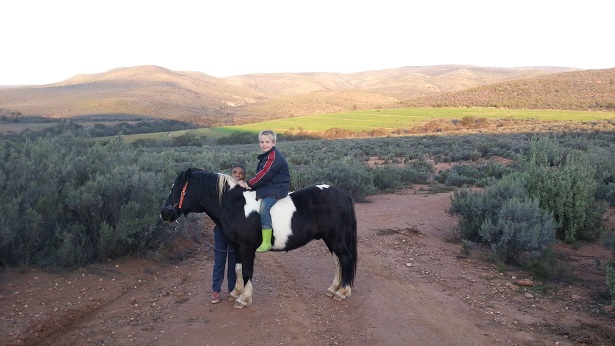 Valk is another story though.... In the beginning of August, my mom got the bright idea of putting Valk in the 'kraal', and with Arend going first, to try and get both of them into the cattle crush so that we could finally touch her. It worked very well - she was trapped between steels bars and Arend in front of her (he also served as a means of keeping her calm). 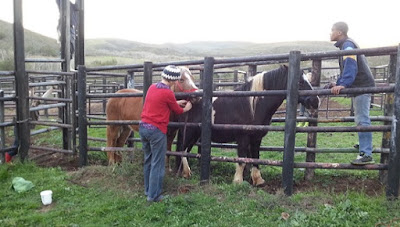 At first she shook violently at any contact, and our biggest fear was that she would panic and start kicking, possibly getting her legs through the bars (which would lead to broken legs). Thankfully she didn't, and after a few minutes of stroking and gently talking to her, she stopped shaking. Her eyes stayed wide and scared for the first few times though.


Once we calmed her down, we started grooming her and even put a halter on! 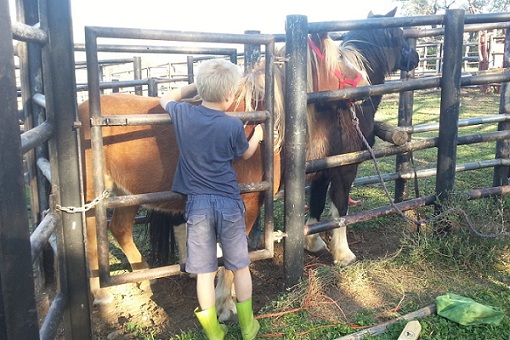 With the halter on, Brendon tried leading her around in the 'kraal'. She dragged him around quite a bit, but he clung for dear life. The next day she wasn't nearly as hard to lead around, and for the first time we went on a walk with both horses on lead ropes!


Leading them around in the 'kraal'. 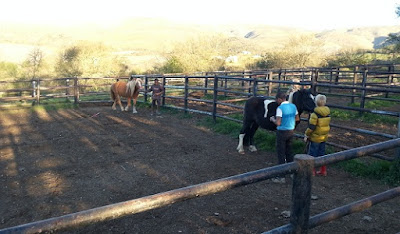 To the team, it was a miracle. 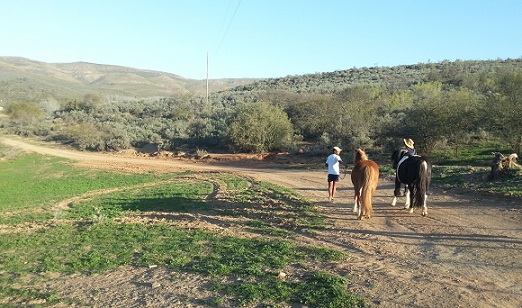 Everyone went on this walk (not everyone always do). 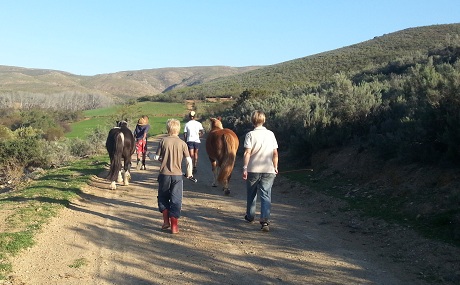 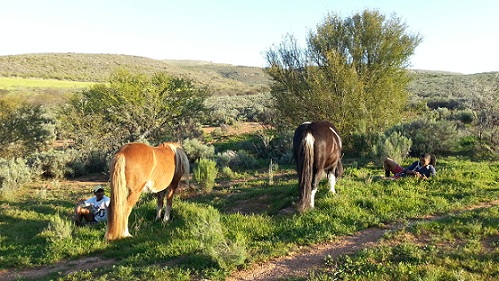 The next step was to get Valk comfortable with having something (and eventually someone) on her back. With the 'kraal' as our new best friend, she was trapped and a homemade contraption made of sandbags, baling twine and plastic bags put on her back. The moment she was let out of the cattle crush, she lost her head - thrashing against the bars, staggering, heaving and falling. Eventually the bags fell off and got trampled. 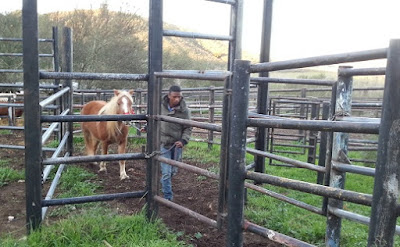 The sandbag contraption (notice her ears). 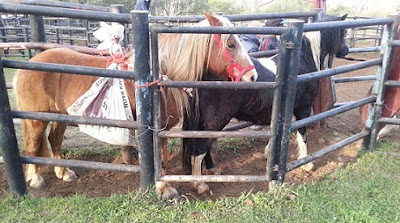 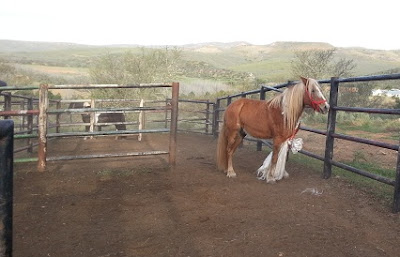 However, when the team decided to have someone just sit on her back during grooming, she didn't get too alarmed. 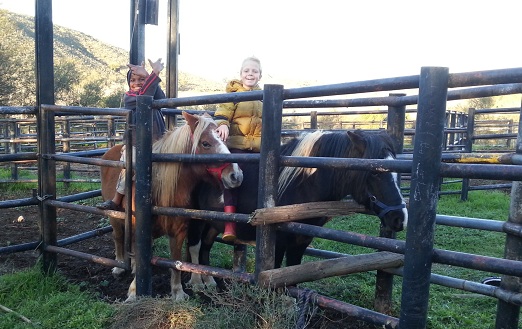 Haircut day (hence the hair laying everywhere on the grass). 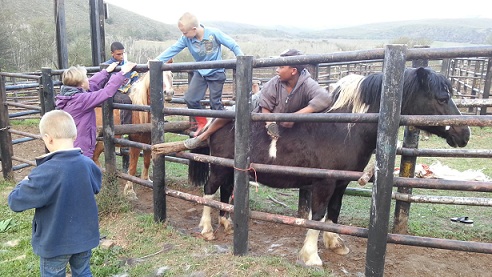 Oops, a bit too short there... 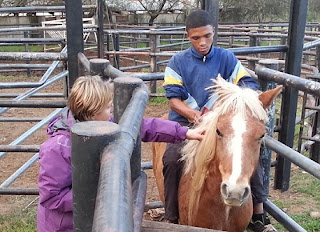 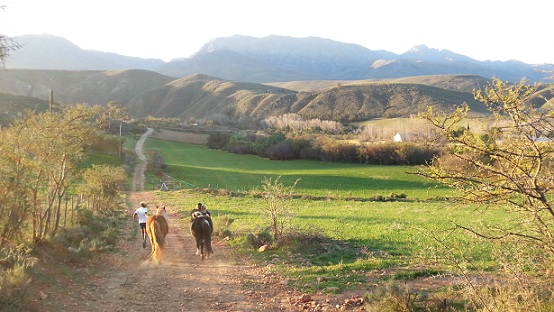