In this week's blog I will share about a very nice outing we had with ouma Elna during February.  Nature in many forms (such as ocean, mountains and forest) are both very close to us and we made a day outing of exploring the variety. Thursday February 26th we left at 7am for George, our first stop on a one-day tour of Victoria Bay, Wilderness and the Knysna forest with my gran. We popped in at Vic Bay just so my gran could see what it looks like; she thought it very cute and cosy, and adored the houses right next to the beach. We had a nice and short stroll along the paved walkway. 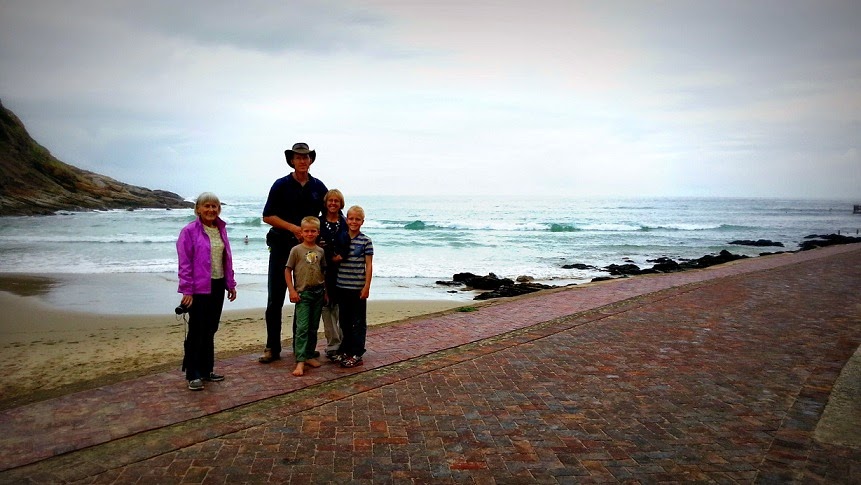 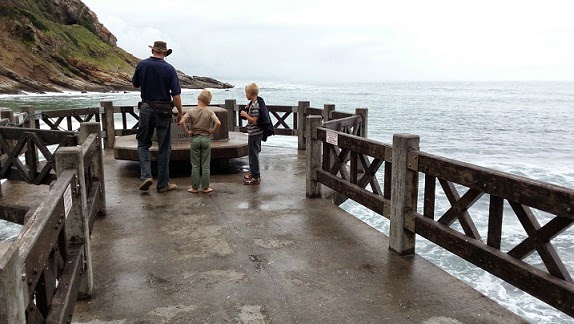 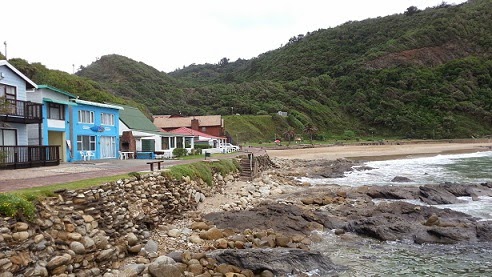 Next we drove to Wilderness, which is very different from Vic Bay with it’s loooong white and sandy beach.... After a delightful walk along the coast (skipping stones on the water, getting wet and dissecting Cnidarians, Gastropods and Bivalves (jellyfish, ‘sea snails’, and mussels and such...sounds impressive though doesn’t it)), mom, dad, gran and Theuns drank tea at the fancy beach restaurant and Maarten and me went for a swim. 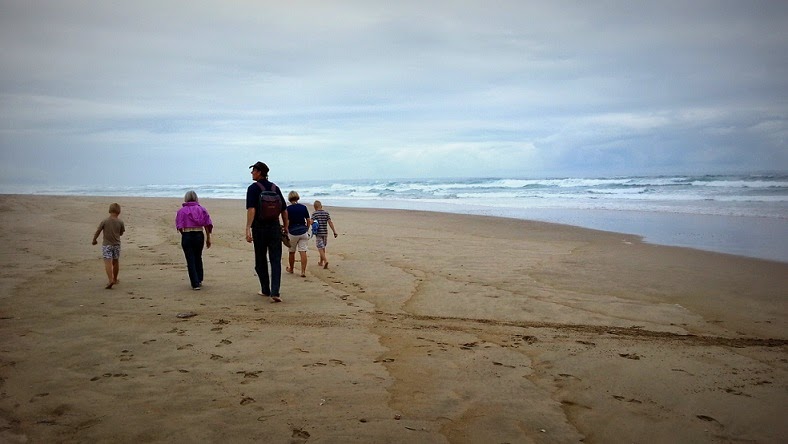 Onwards we drove to Knysna, where we had KFC for lunch, and then departed for Gouna, located in the beautiful indigenous Knysna forest.

In the Knysna forest, we hiked a part of the Terblans Nature Walk on Kom se Pad, an area made famous by Dalene Matthee in her Forest Book ‘The Mulberry Forest’ (1987) in which Gouna and Kom se Pad features. Her other Forest Books include her most famous book, Circles in a Forest (1984) as well as Fiela's Child (1985), and Dream Forest (2003).  The Mulberry Forest book bought publicity to the fate of several Italians who came to South Africa in 1881 in hopes of starting a silk industry. Persuaded by government under using false pretences, the Italians who arrived here were shocked when they realized they were expected to cultivate mulberry trees and start a new life in the untamed Knysna forest, which in those days still had lots of wild elephants!


Into the forest on Terblans walk. 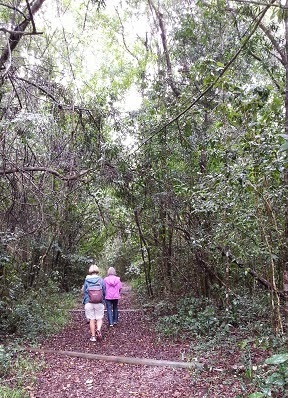 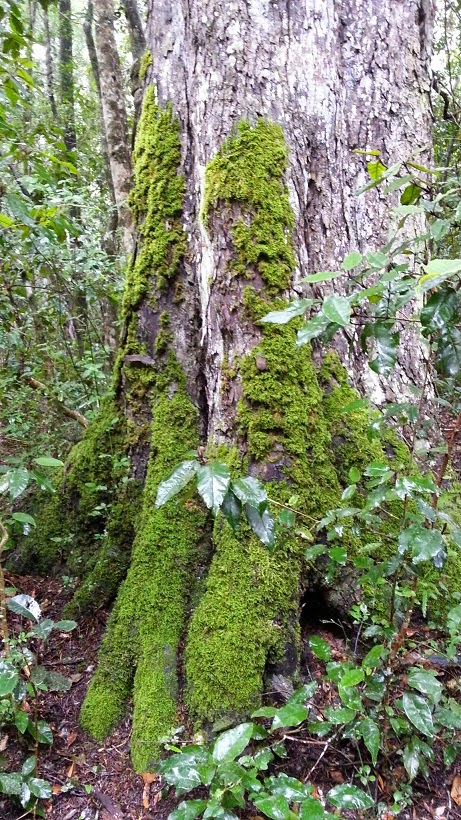 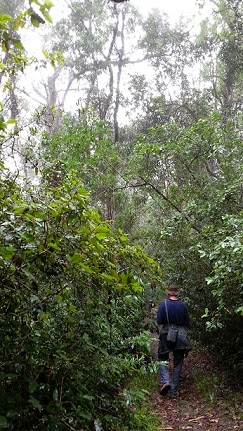 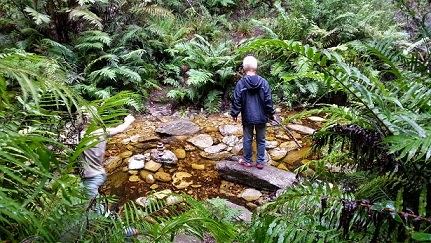 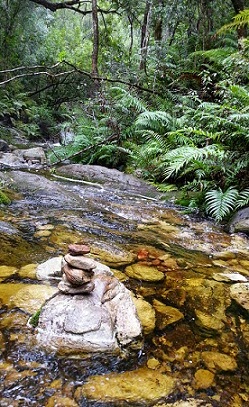 After this we visited the farmers from whom we got our first 2 piglets again, to pick up some more piglets and see the small museum/church on their land that was built by the Italians. They are descendants of the Italians and told us many interesting titbits and stories over coffee. 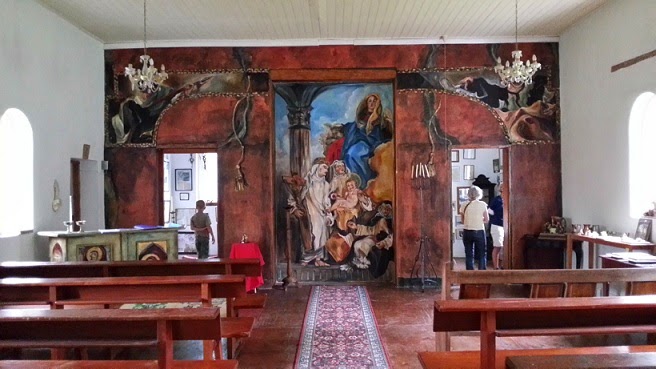 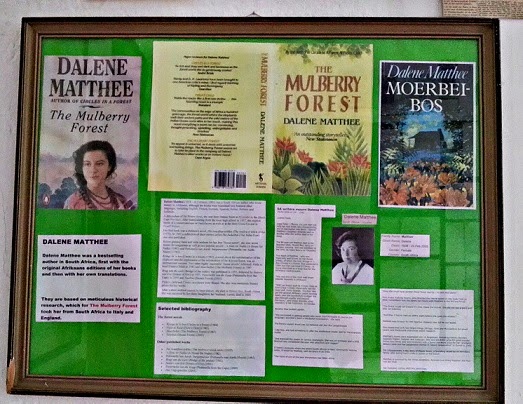 A beautiful angel that was in the original church. 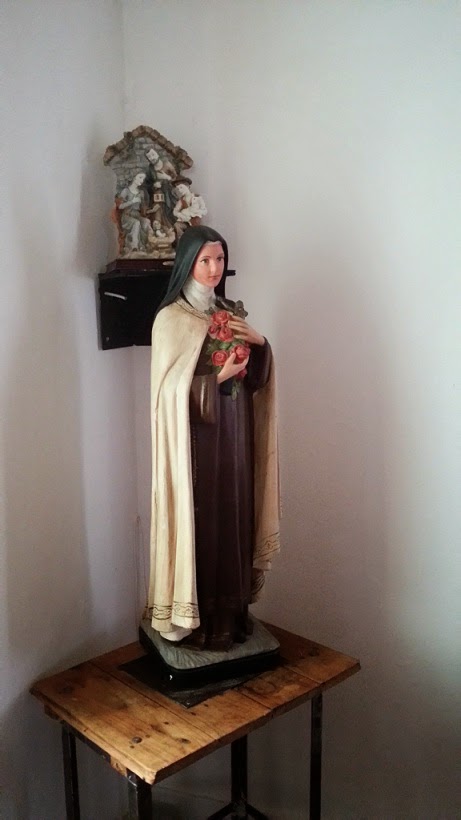 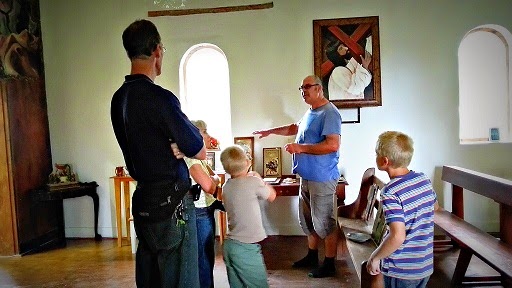 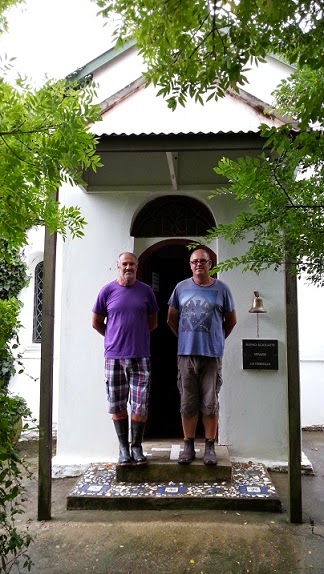 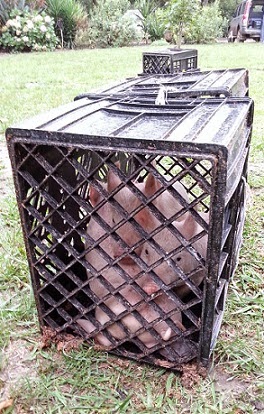 All in all it was fun, and at the end of the day we had 3 more piglets and many good memories.


Saying goodbye to grandma the next Thursday. 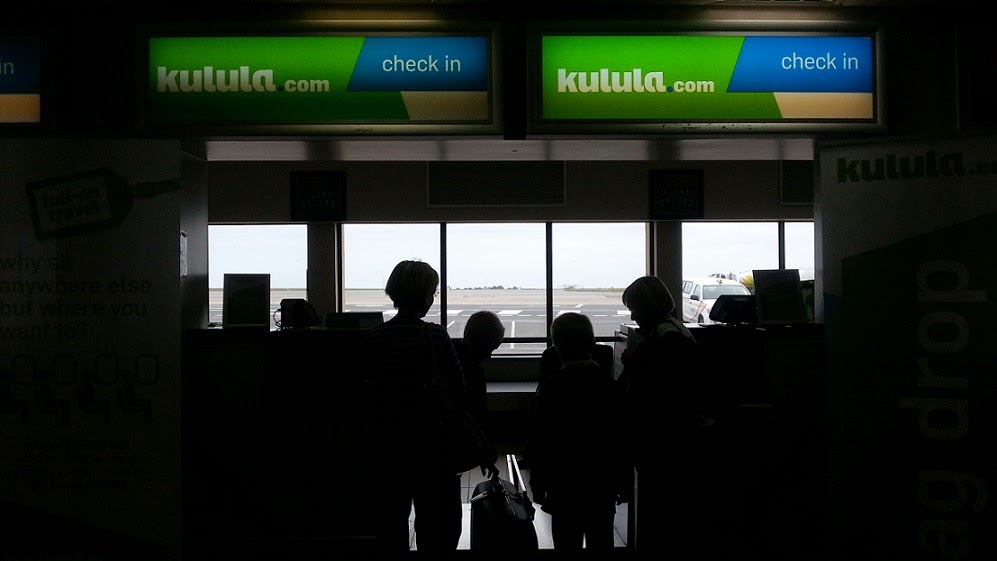