We've had our ponies for 36 days now, and much progress has been made! Every day Brendon and Breyton (the farm foreman's sons) come help us handle the horses, by just stroking and giving them grass and treats, following the concept of just a little every day. Arend (the stallion) has been stroked and fed quite a lot, and we can now even put a halter on him. Valk (the mare) has also improved drastically - in the beginning she would stand in the far corner of the camp if you even tried approaching her; now, she will come close enough to eat grass out of your hand (but always slightly behind her mate).


In the beginning... They stayed far away. 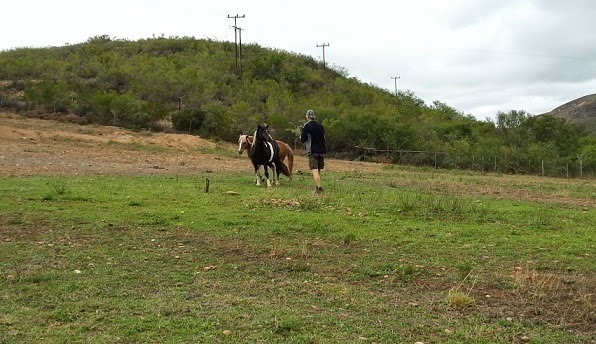 A neighbour's horse handler that came to look at their hooves. He was so comfortable around them and once again showed us that if you've got the confidence and know-how, everything is easier. 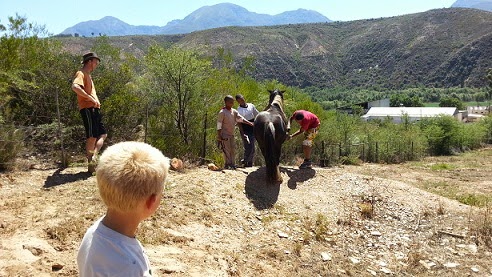 Mucking is a daily job. 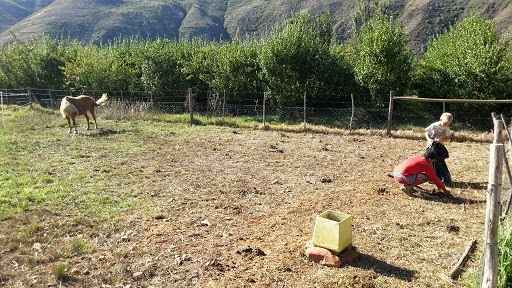 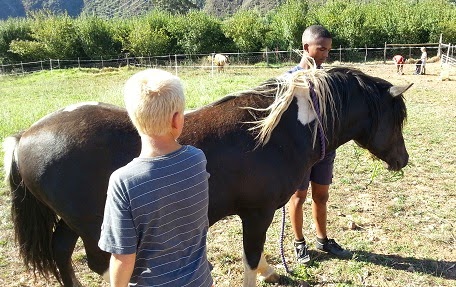 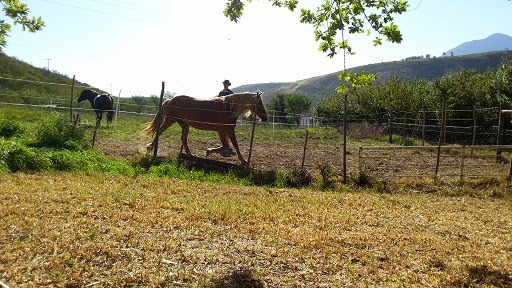 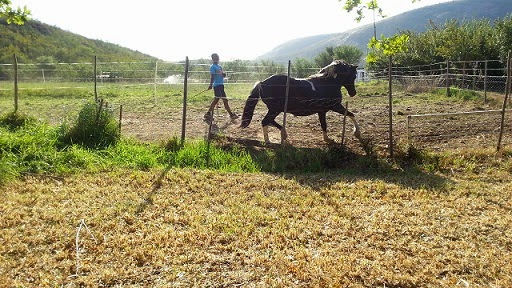 We put her in a small enclosure for 2 days, so that we could offer her grass/treats without Arend eating it all up before she could summon enough courage to come closer. 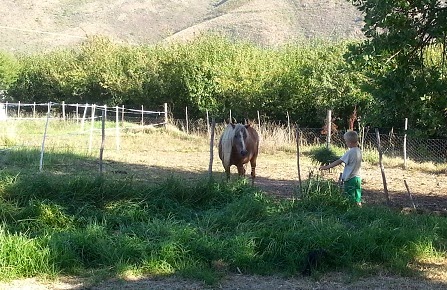 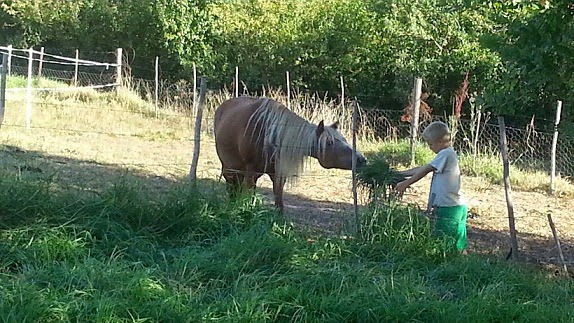 Chilling with the horses in the vegetable garden (they're on the other side of the fence). 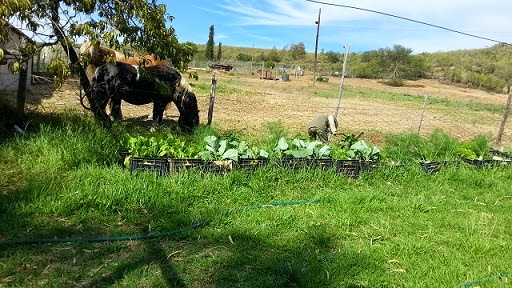 First attempt at putting the halter on. 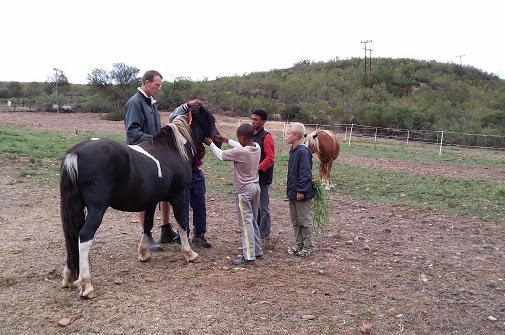 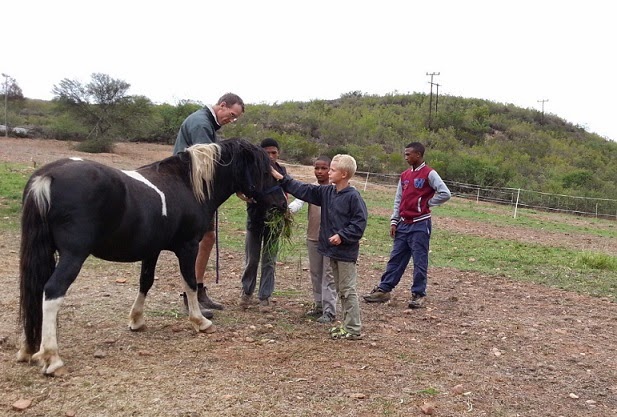 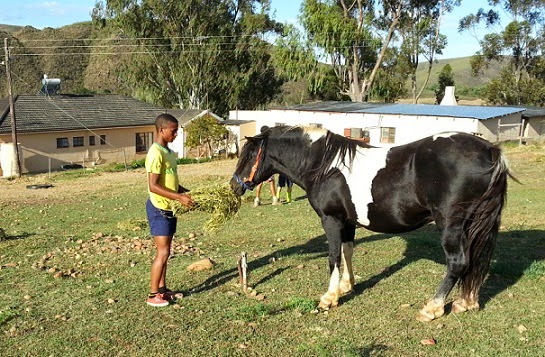 Because of dominance issues and typical stallion behavior that can become dangerous though, my parents decided that Arend had to be castrated. The vet's visit proved very educational - the procedure was interesting and all of us now know we definitely do not want to be a vet one day.


Anesthetics having an effect. 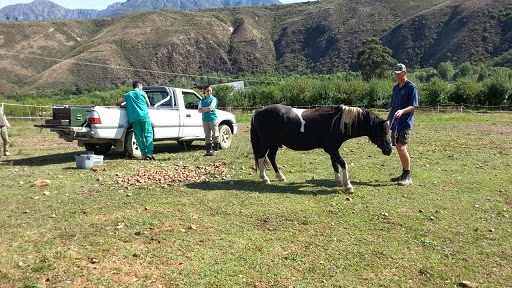 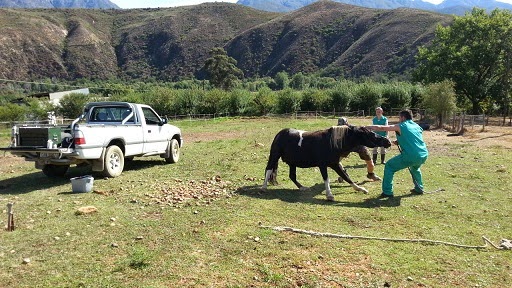 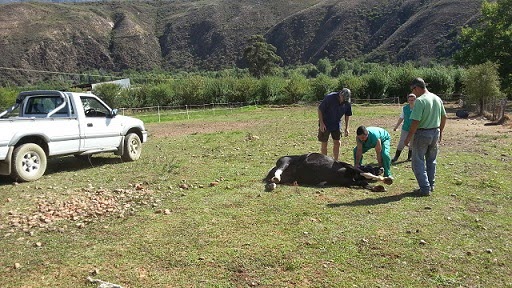 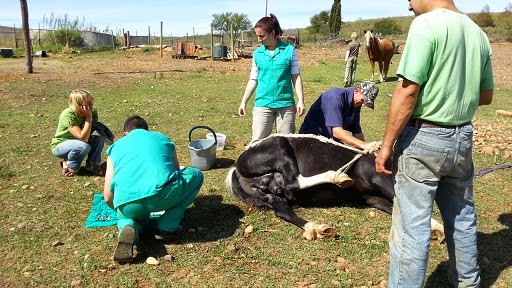 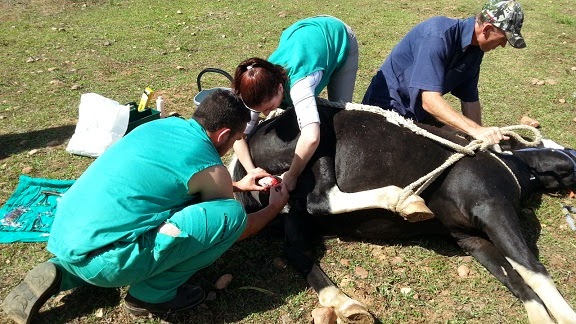 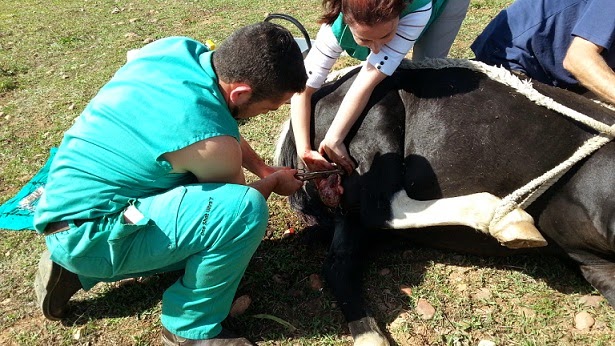 and a lot of scissors. Washing it with water. 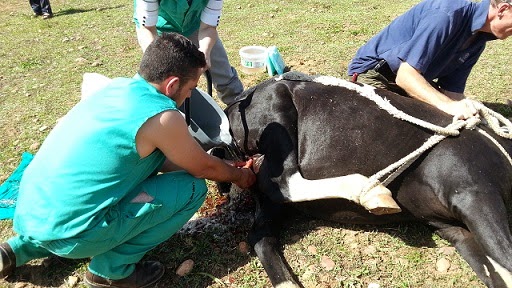 Anti-fly spray. They leave the wound open - according to the vet new skin is formed in as soon as 4 days. 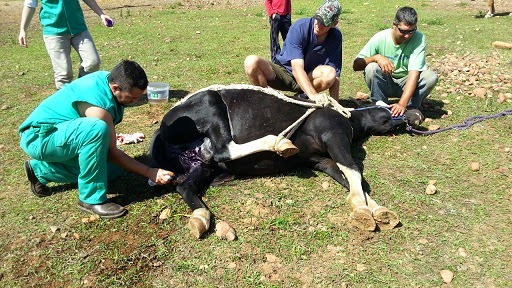 Checking for approximately how old he is (around 4 years). 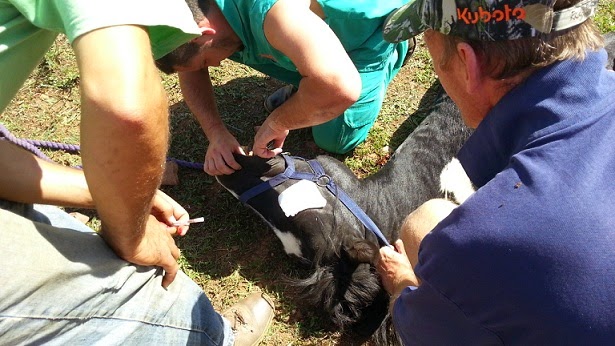 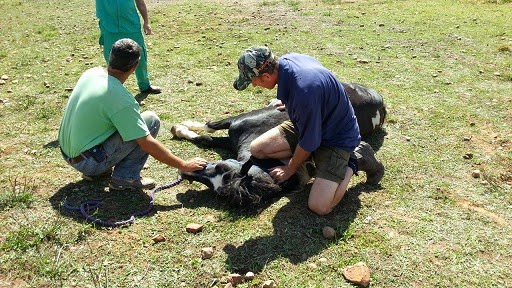 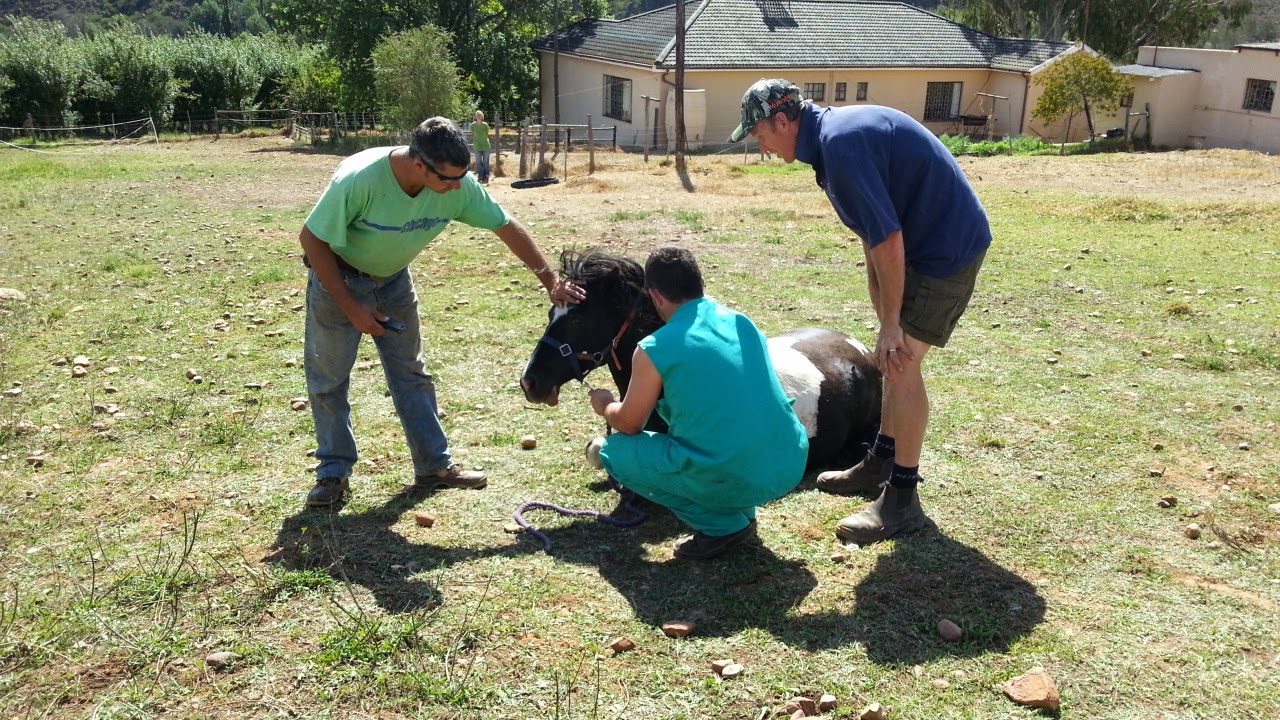 The poor horse looked as if he'd just woken up from some terrible nightmare. 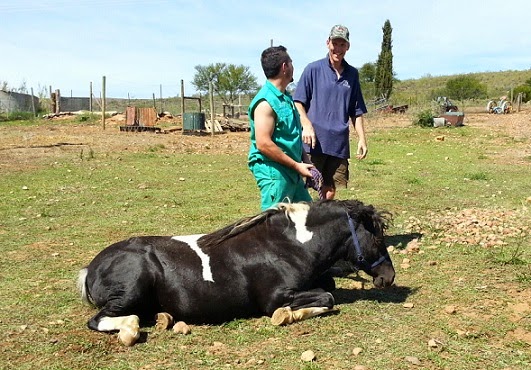 Unsteady on his feet. 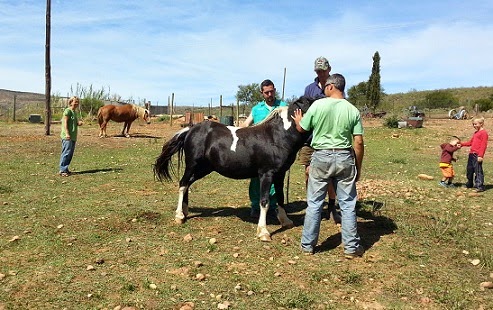