Potchefstroom and Back - An Exciting Two Weeks

As we are nearing the end of 2015, things we had to do in Potchefstroom has 'piled up' quite a lot since we've last been there (14 whole months ago), and so the inevitable trip has been made at the end of our school year. Departing November 21st, we stayed over at friends near Hertzogville in the Freestate. We visited the Owl House as said in the previous post, witnessing snow in Nieu-Bethesda and a giant dust storm in the drought-stricken Freestate on the same day.


Through the Big Karoo... 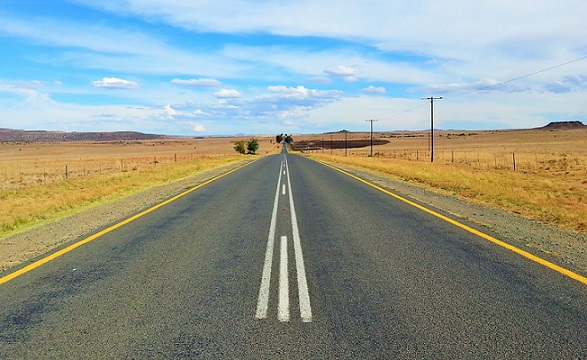 Into the desert-like Freestate. Instead of huge 'mielie lande' (cornfields), we were greeted by a desert... 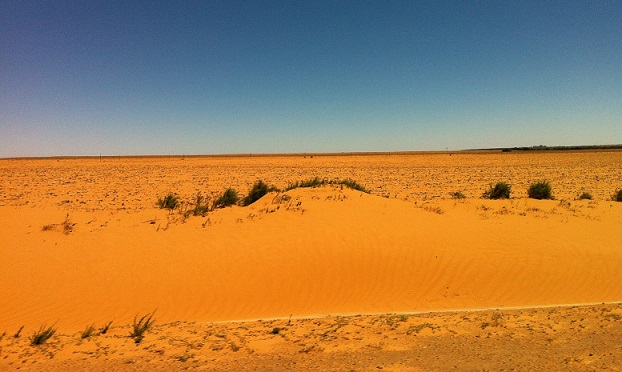 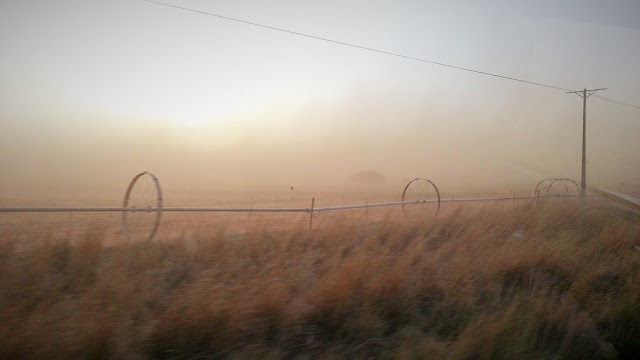 The friends we visited have exotic game on their farm. Besides having a baby Springbok and hedgehog in their house, they have 'Gemsbok', white 'Blesbok', and golden wildebeest. They also have horses, which the boys enjoyed enormously. Video of Maarten's horse riding skills (and a crazy Springbok). 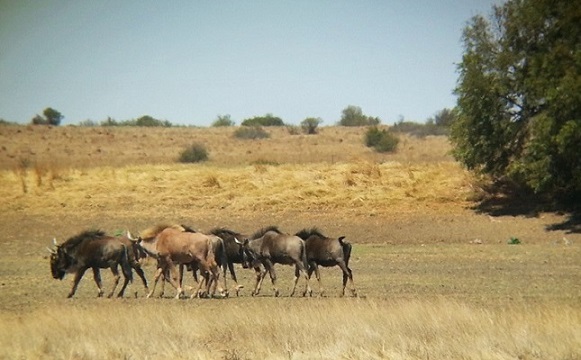 In Potchefstroom, mom and dad had a lot of work to do and thus weren't seen too often. TG Krüger Real Estate Agency, a 70 year old family business run by my grandpa, dad and uncle was closed down, and it's been quite emotional. The business building was sold, and a lot of stuff stored there had to be driven away and sorted out. 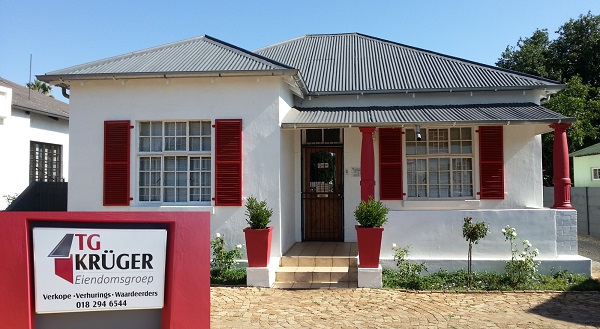 We also had to (literally) fish out our 2016 schoolbooks from the storeroom in our own house, which was quite a mission since it was not planned to turn out this way... 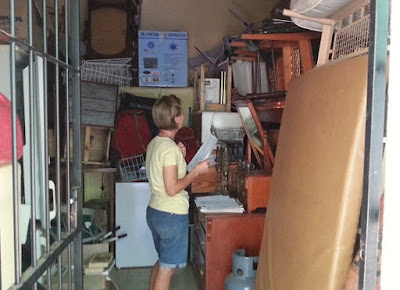 ....while we wriggled/climbed to where the bookshelves stood and searched for the books. 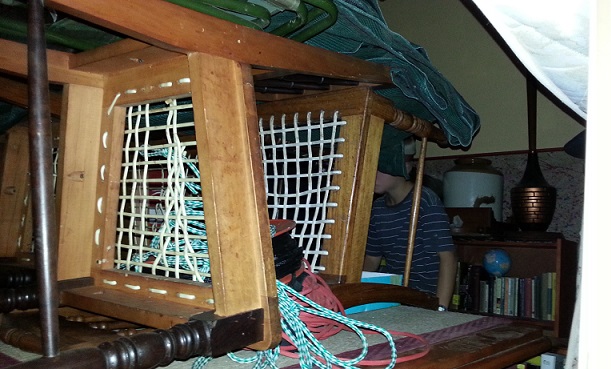 We stayed at both of our grandparents, visited friends, helped 'ouma' Elna (who recently had a neck operation) in and around the house, spent a night in Pretoria, had family dinners, a family dentist appointment, got new swimsuits, delivered one of Nassie's kittens to his new owner, and a host of other little things. Mom also had a homeschool talk on home education in Pretoria.


A lovely breakfast with a work associate of my mom's to celebrate the finish of one of their projects - an Afrikaans learning program. 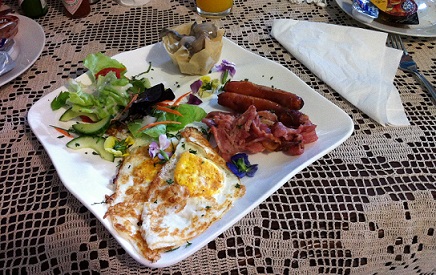 Temporarily named Borris the Animal, this kitten was safely delivered to his new owner. 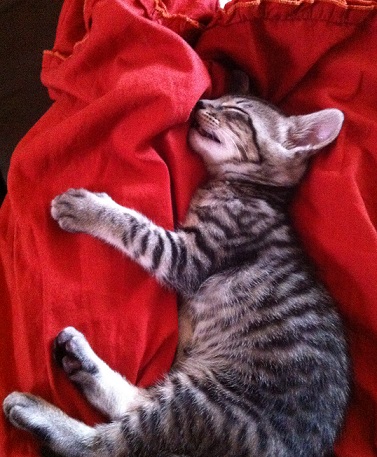 We love you ouma and oupa Venter. 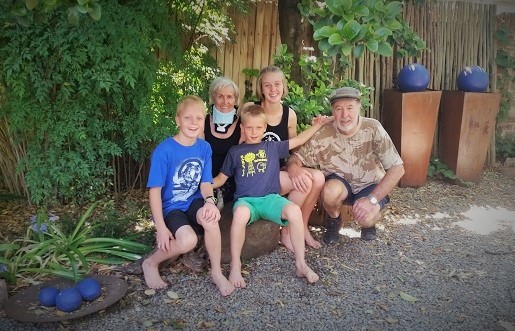 On the way back, we put on our tourist hats in Bloemfontein. We drove to the top of Naval Hill, saw the Christiaan Rudolph De Wet statue at the Council Buildings, and visited the National Women's Memorial ('Vroue Monument') and Anglo-Boer War Museum.


View from Naval Hill. I could almost feel the ghosts of English and Boer soldiers there. 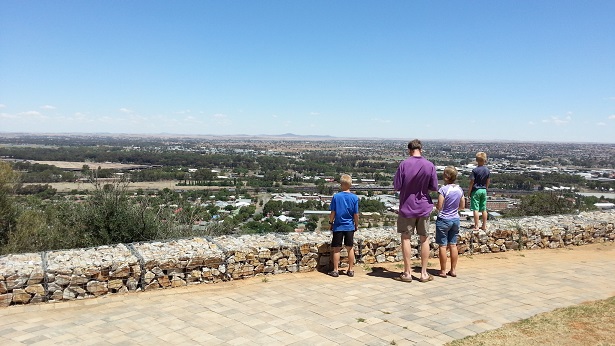 Christiaan De Wet with the Raadsaal behind the bushes. 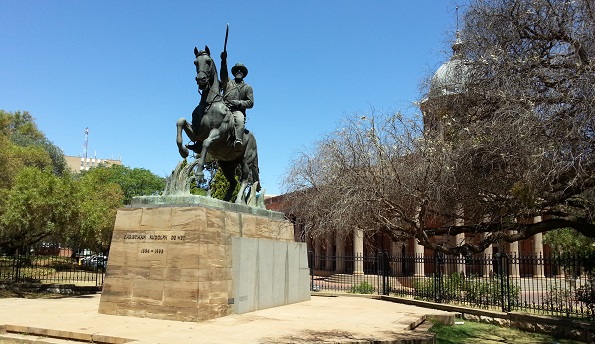 The Women's Memorial, dedicated to the thousands of women, children and elderly people who died in British concentration camps during the Anglo-Boer War (1899 - 1902). 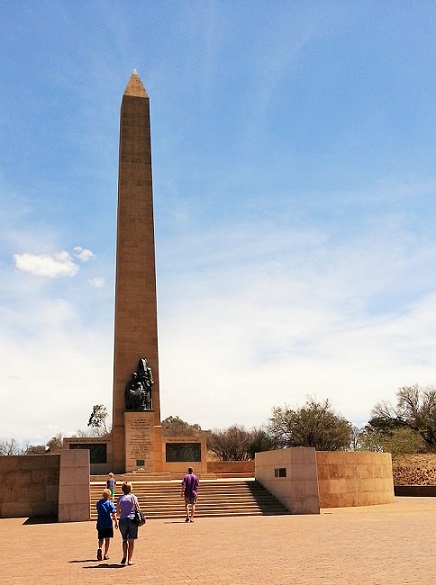 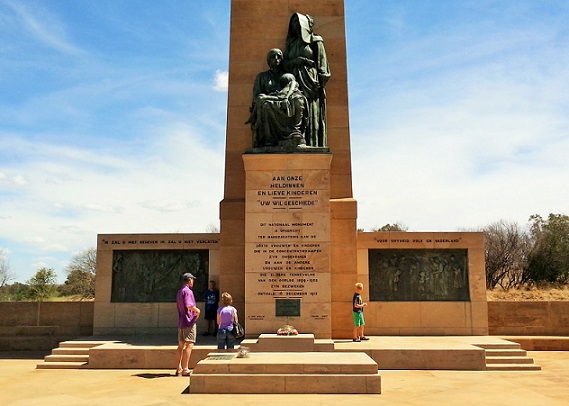 The Anglo-Boer War Museum stands on the same terrain, so we checked it out. 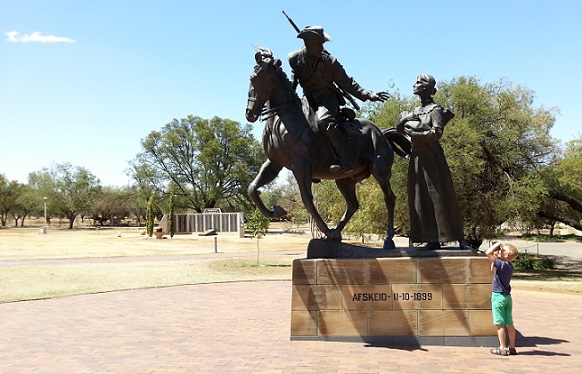 This poem really touched me. 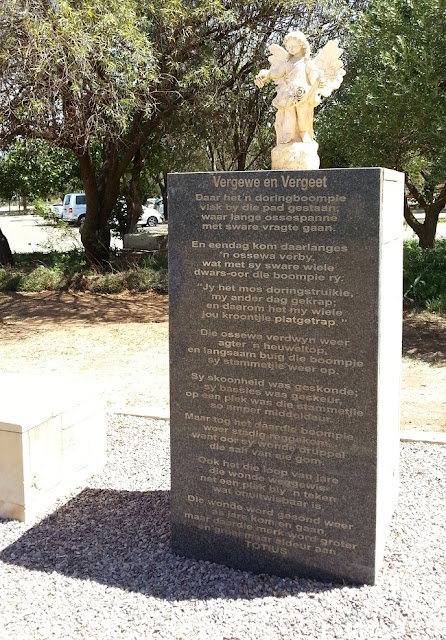 Tents used in the concentration camps. 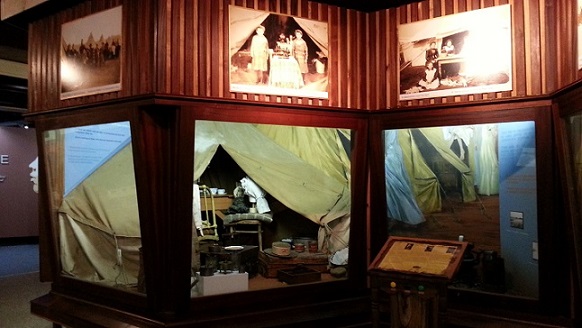 Continuing on to Graaff Reinet, we stopped for a late breakfast and a few pictures. Then we visited  friends near Molteno. It was lovely to see and fellowship with them, and just the quiet rest we needed after the rush of Potch. 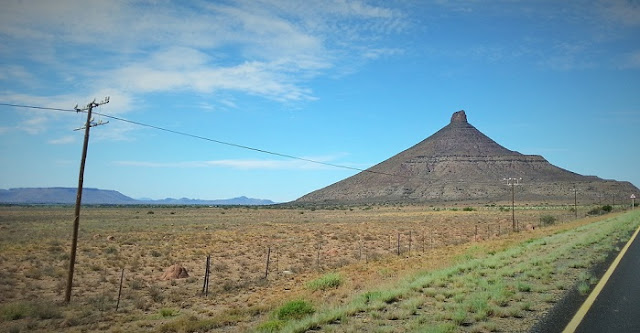 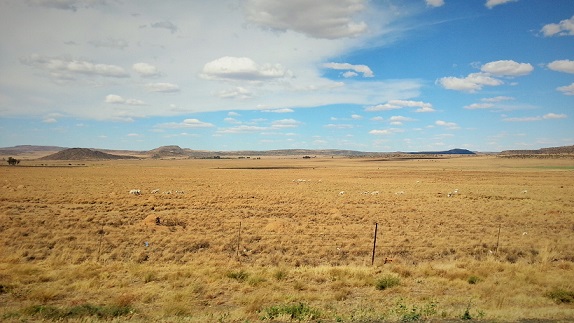 Another War Memorial in front of the Town Hall in Graaf Reinet. 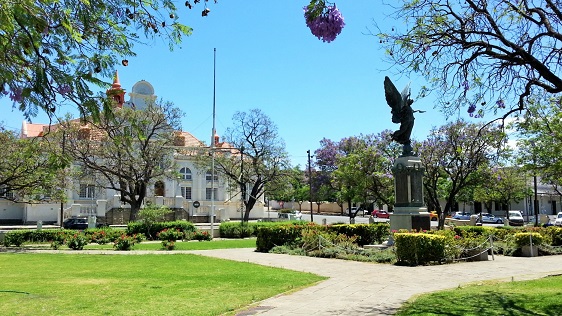 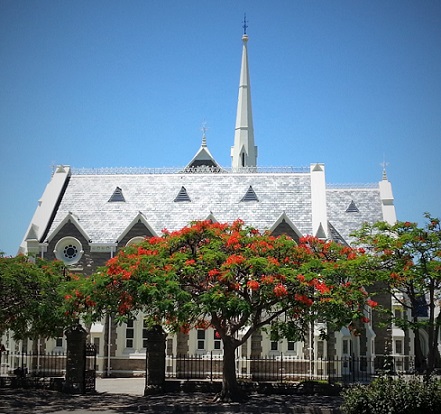 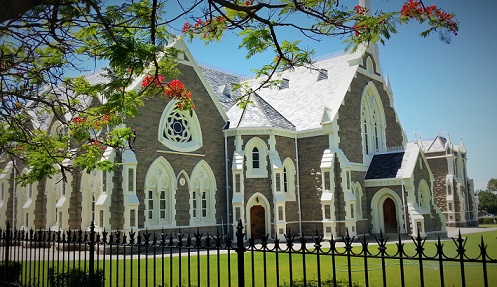 Oppi-Vlak Padstal - an unique and creative road stop. If you're ever on the very long and straight N9 road between Graaff Reinet and Willowmore, make sure to check it out! 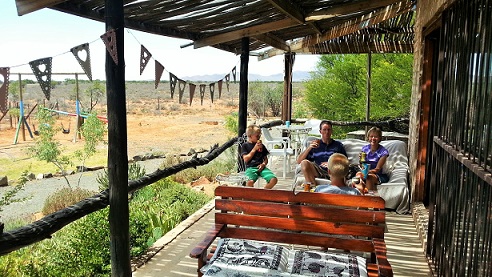 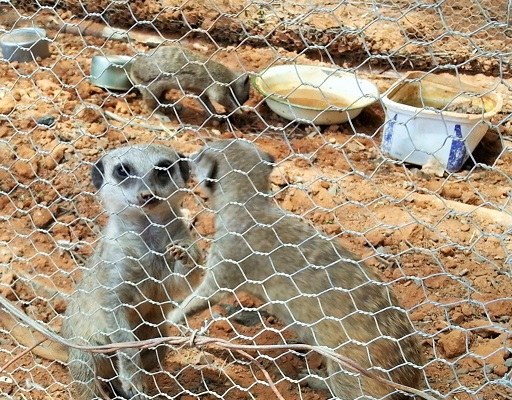