We've had a lovely time recently as we had visitors - old friends from Potchefstroom stayed with us on the farm for a few days, and we showed them the Garden Route, with relaxed days on the farm in between.

The day after they arrived, we went to Victoria Bay - me and my friend got fried while swimming and were bonded by mutual redness the remainder of their stay. It was a proper hot beach day though, ice cream included. On the way back via Montagu Pass, we stopped for a relieving cold swim in the spring dam and a group photo. 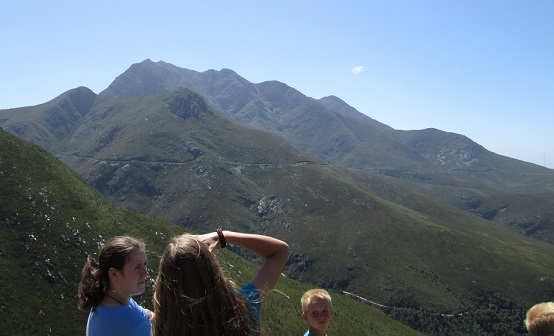 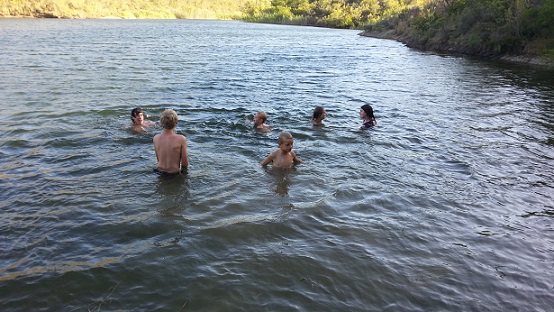 A background doesn't get better. 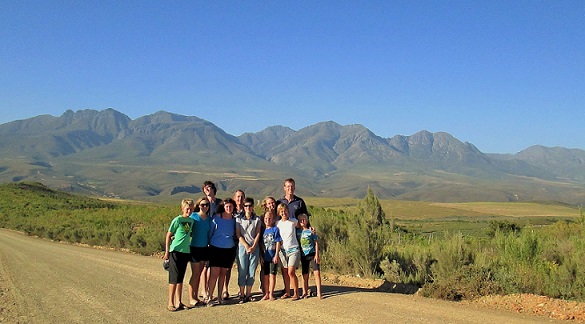 We showed them the little town of Uniondale, and visited people living on a very isolated farm near Haarlem. We also drove Prince Alfred Pass in the mist, and through the stunning Knysna Forest (we did this once before). 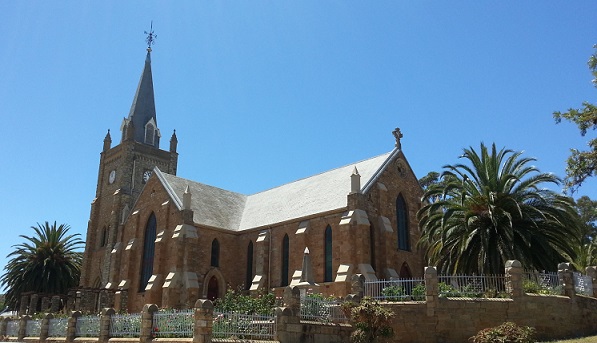 Prince Alfred Pass in the mist. 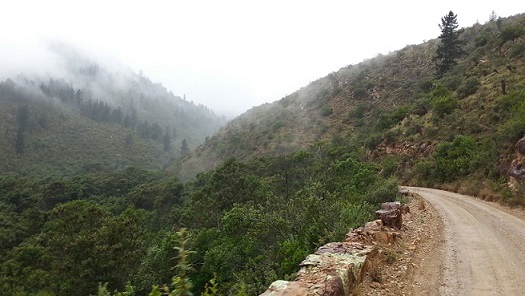 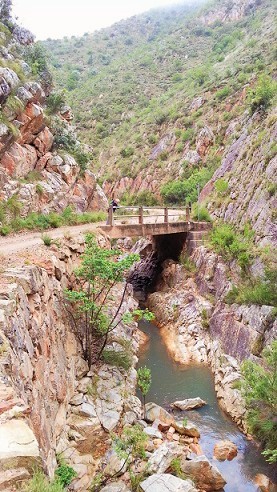 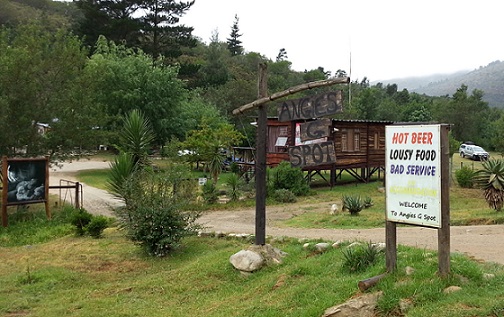 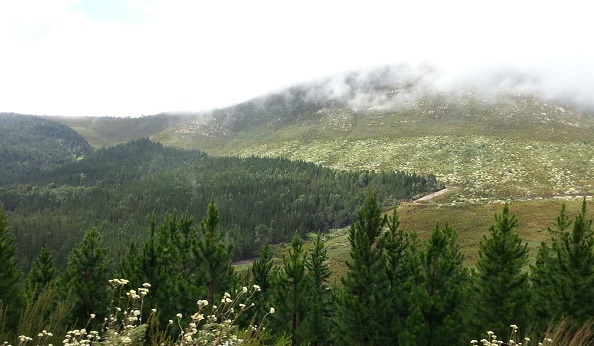 We stopped at the 'Dal van Varings' (Valley of Ferns) and two big yellowwood trees. Cool, wet, misty and mysterious, the Peterse loved the forest. 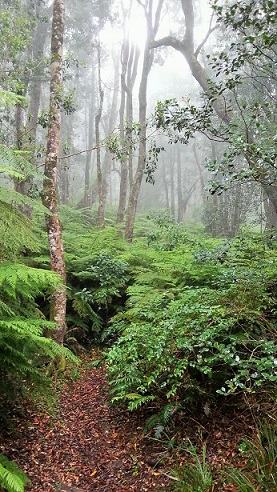 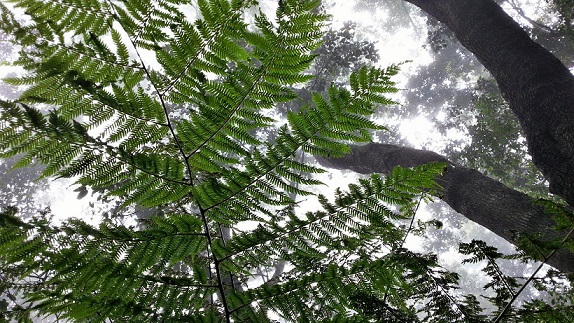 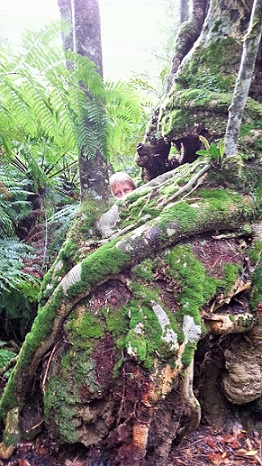 It's a difficult task taking pictures of giant trees. 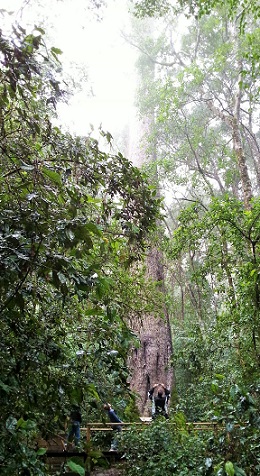 Stunning bark in the forest. 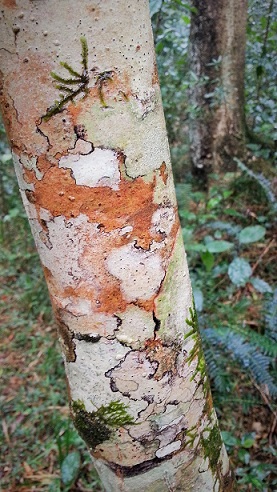 Walking in the forest, we stumbled across a most curious frog - 'oom' Dieter accidentally stepped on it, and it literally blew itself up and made a hilarious squeaky-toy kind of noise. Watch the video here - I think it is a Black Rain Frog, but I'm not sure.

We then got KFC and had lunch at the beautiful church in Knysna, drove to The Heads viewpoint, and had a long beach walk at Wilderness. 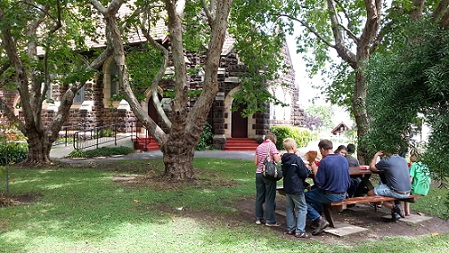 A very old graveyard and old church next to the new one. 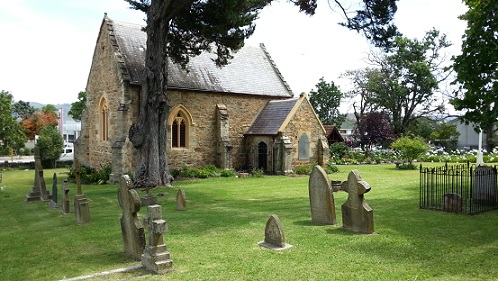 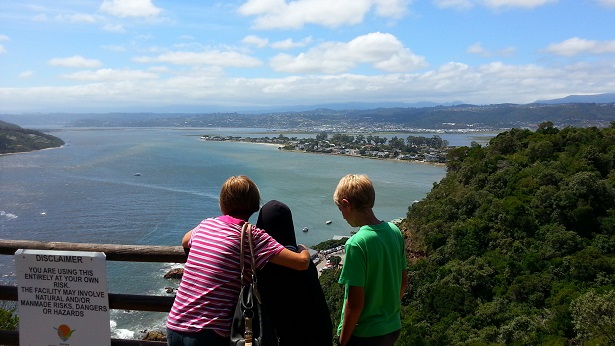 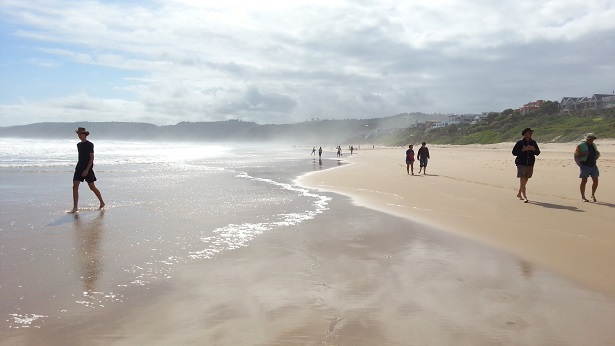 On the farm, we went on walks, chilled on the 'stoep', and even had a braai on the mountain.

On the way to the 'bouval' (ruins) where we slept under the stars last year on Christmas Eve. 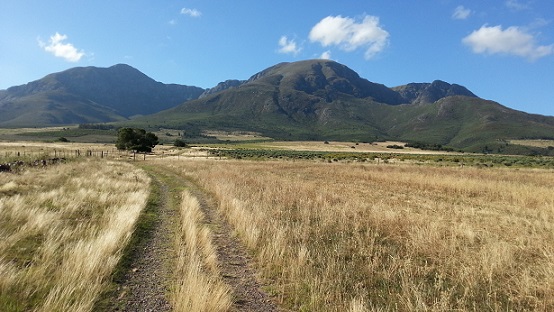 There also happened to be a stud bull in the same camp we were braaing. He was very curious and came closer and closer, getting on nerves. When we then tried walking around him to some nearby ruins, he ran to block our way. We'll remember you, bull. 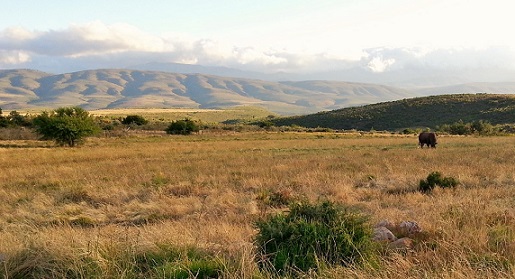 Another group picture. We have a thing with awesome backgrounds. 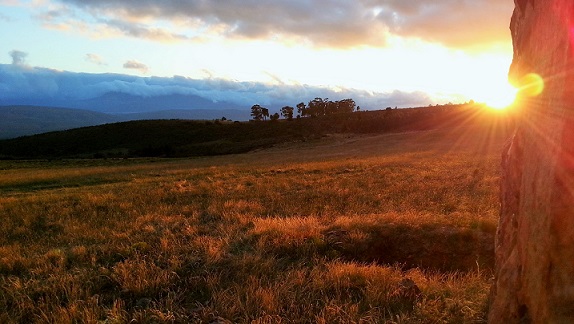