An Outsider and Exhibition Concerning Light

On the way to and in Potchefstroom (for a two week stay during which a lot is happening), we've recently had some interesting and quite beautiful experiences connecting light and the nearing festive season in an unique way.

The first was at the Owl House by Helen Elizabeth Martins in Nieu-Bethesda (a quaint little village lost in time, near Graaff Reinet). Helen Martins is what's called an outsider artist, as her artwork does not conform to any normal art standards or categories. The story goes that one day, sick, old and alone in bed, watching the moon through the grayness, she decided she'd had enough of her boring life. So started a personal obsession with light and color that inspired Miss Helen to recreate her entire house and garden into one vastly different-from-the-norm work of art. It is now a museum and unique in style and atmosphere.


She loved owls (thus the name Owl House), and beautiful colored-glass owls were everywhere. Helen grounded glass in a coffee grinder, washed and sorted it, and stored it in bottles in her pantry. She splattered sun faces, owls, stars and moons with the glass on ceilings, doors and walls. 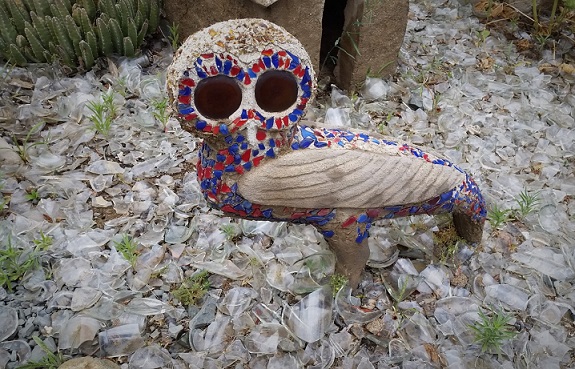 Inside the house - abstract colors and mirrors placed strategically around the house create light effects. At night she lit many candles and lamps, whose light then reflected on the mirrors and glass. 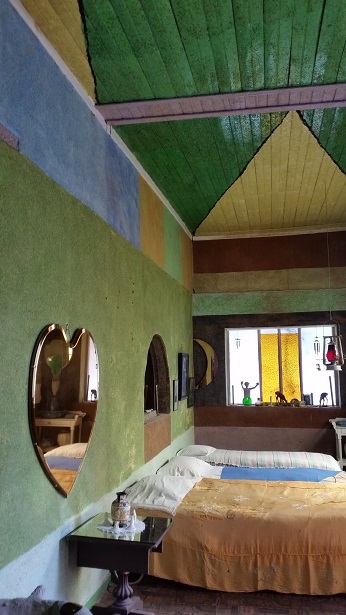 In the yard (named the Camel Yard) there were strange little 'hideaways' made from bottles and cement... 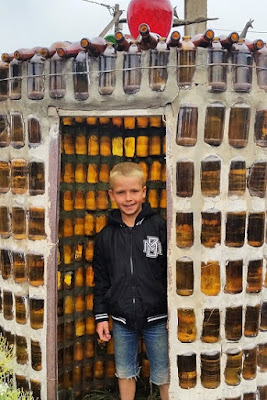 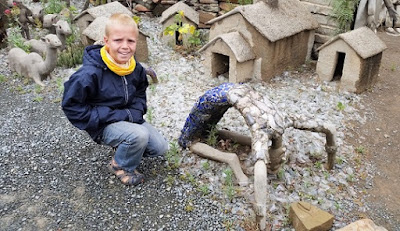 I was taller than (some of) the giraffes (ha). Mom outside the yard at the supposed (but rather dangerous) welcome arc. The reason we're all wearing winter jackets is because on the way to the Owl House we drove through rain and snow (in November). So much for summer. 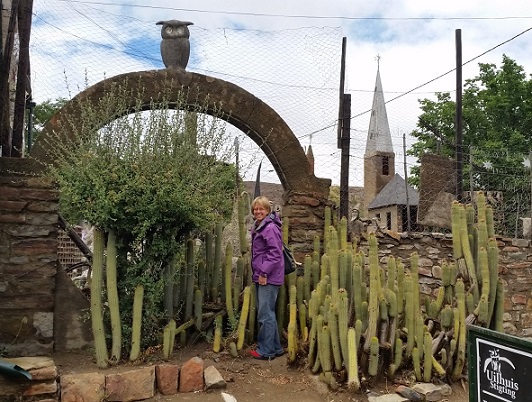 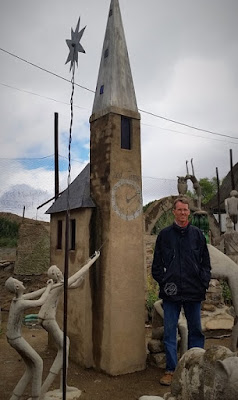 The second event was in Potch itself – a Christmas Light Festival ('Liggie Fees') hosted by the Abraham Kriel Children's Home. They really put in a lot of effort and the result was worth a look.


Trees, and statues and structures made from wire were decorated. 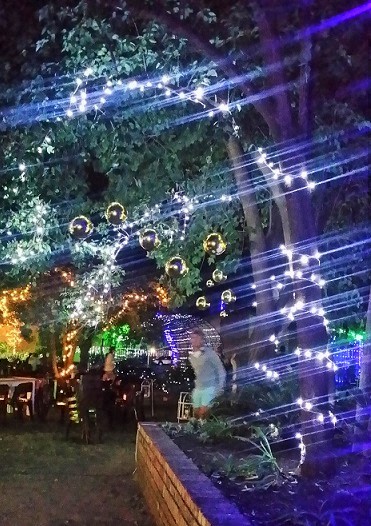 We went with 'ouma' and 'oupa' Kruger. Photo booth! 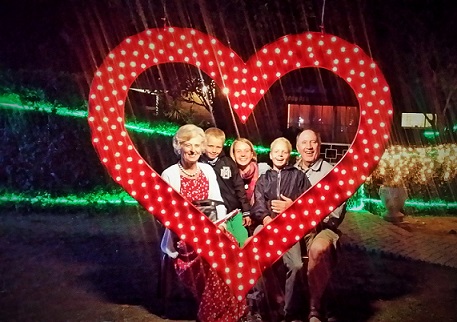 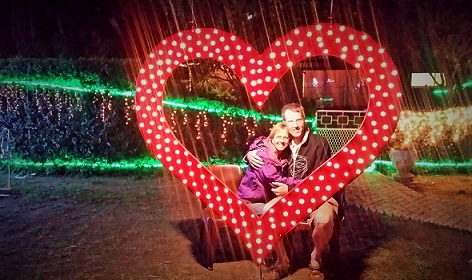 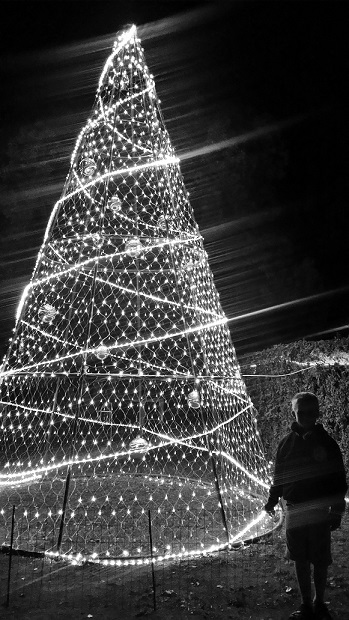 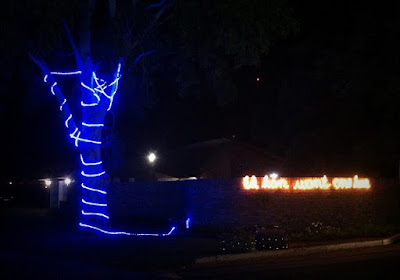 The tunnel of stars. 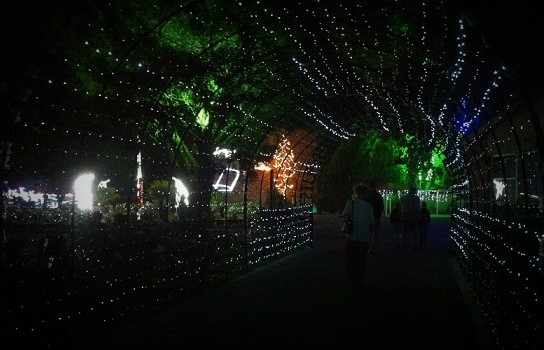 The festival season is upon us once again - happy 1st of December! 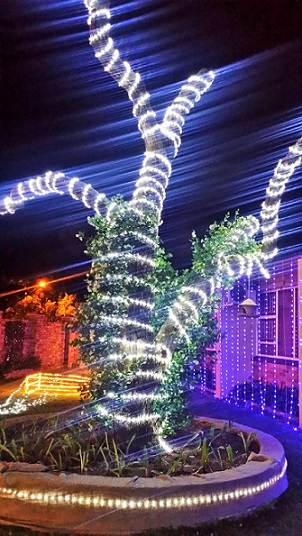