Earlier in June, it was the Big Burger Buffalo Bay Weekend - 'tannie' Anel and 'oom' Jan Burger both turned 40 this year, and celebrated with friends and family at Buffalo Bay (Buffelsbaai) over a long weekend. After the Saturday evening party we slept over in a holiday flat, and the next day went on a long beach walk to Brenton-On-Sea (which is about 5km away coast-wise). Here follows the story...

As a favor for tannie Anel, we were the 'balloon and birthday cake couriers', picking up a huge (and rather colorful) birthday cake and lots of helium balloons on our way to Buffalo Bay. Despite a punctured tire, we arrived safely and the night was on! 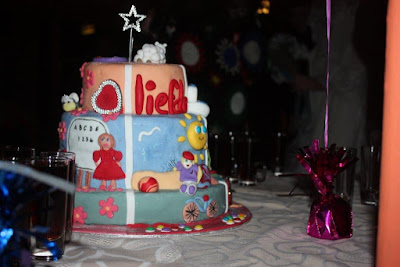 The party theme was anything (and everything) to do with 'B' - accordingly, everyone had to dress up as something beginning with 'B'. There were everything from Ballerinas, Bunnies, Brides and Beach Bums to 'Boere' (farmers), Bridegrooms, Bikers, 'Boewe' (thieves) and even Braveheart (William Wallace)!

Theuns and Maarten went as 'Best Buddies', mom and dad as Bedouins, and me as a Basotho. I was a ninja Basotho though, as I was the party photographer as well. 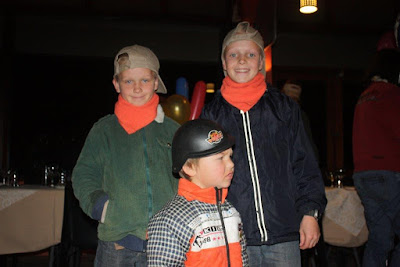 As the night grew longer people 'shed' their costumes - not my dad though. 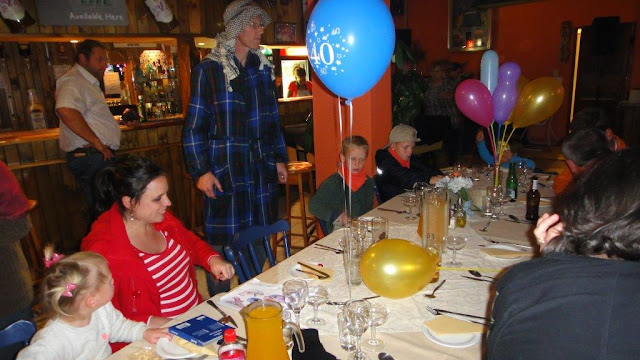 Later on, I turned into a 'Beanie'.....the DJ rocked tunes from the 80's and it was comical watching grown people relive their teenage years - until I got dragged into it. 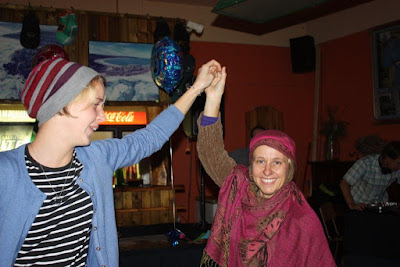 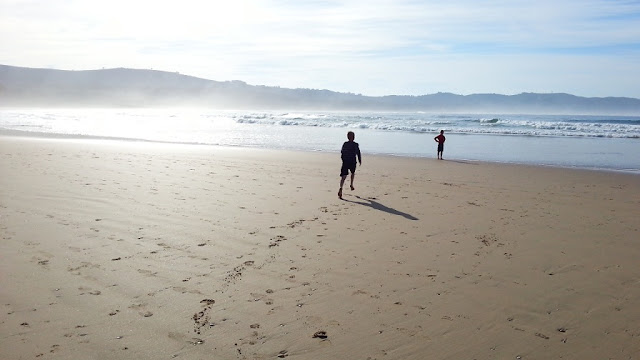 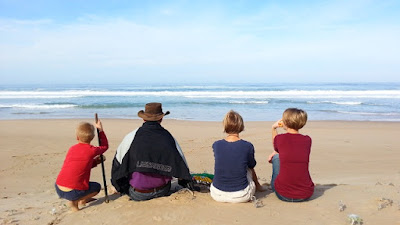 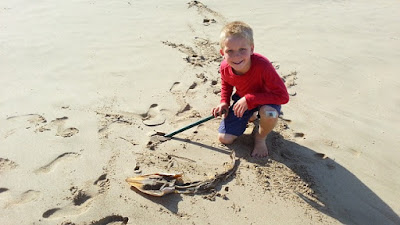 Me and mom made it to Brenton-On-Sea, and got a magnificent view of Buffelsbaai. We had excellent weather as well - barely a breeze stirred and it was lovely sunny. 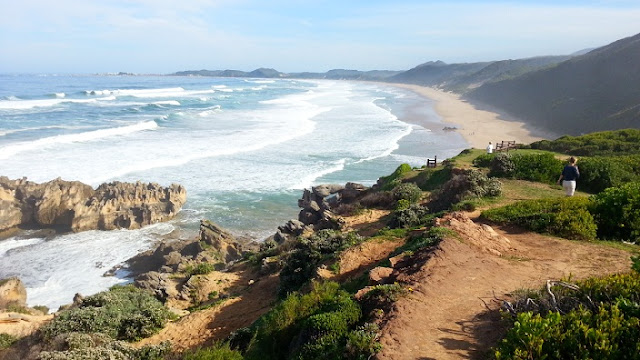 Past Brenton-On-Sea, the coastline faded into sea spray and rocks. 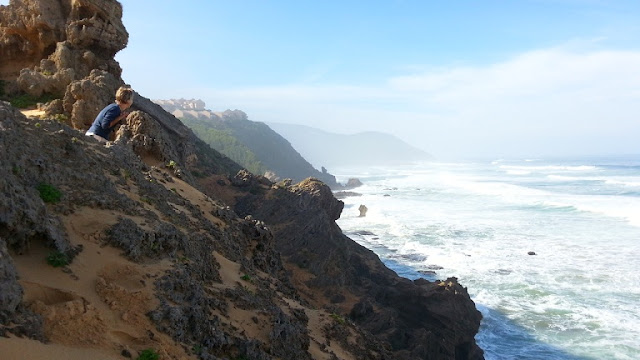 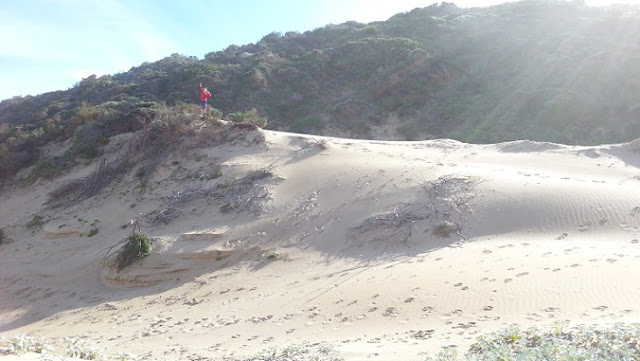 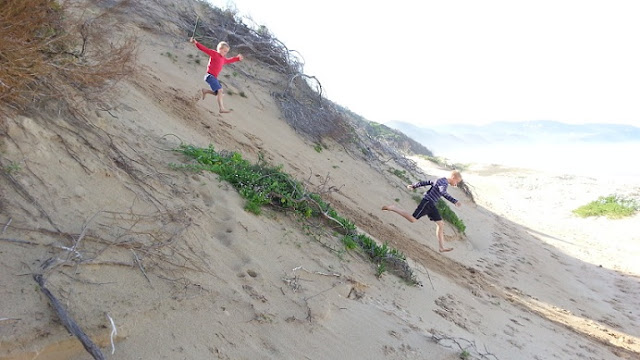 
Built in 1847, it is an old pass, thus we crossed a few old and mysterious-looking bridges. 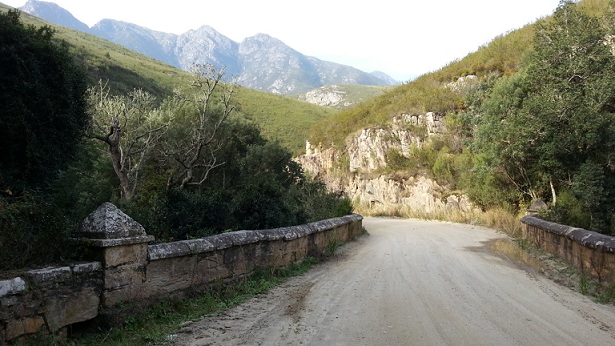 The Outeniqua Mountains, with the Montagu Pass on the lower left, and the Outeniqua Pass in the far distance. 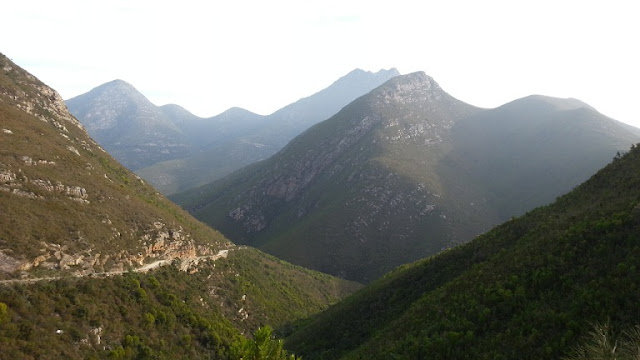 What a name for a rock. 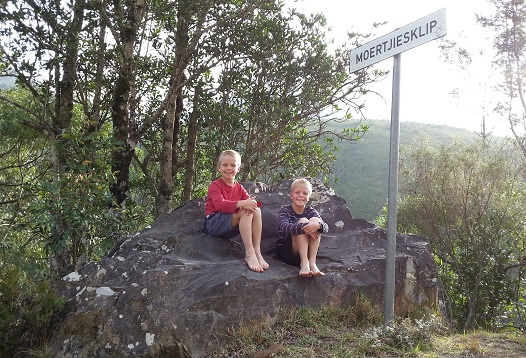 The old railway track loosely follows the road, and sometimes we drove right next to it. It was used long ago for transporting fruit from the Langkloof over the mountains. 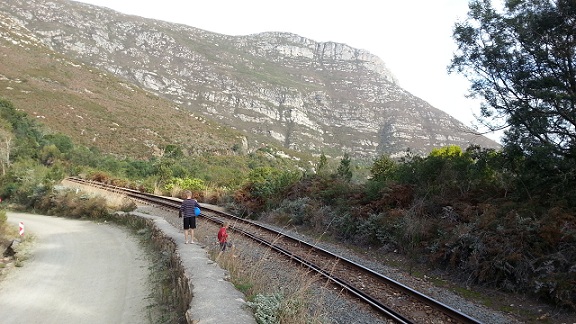 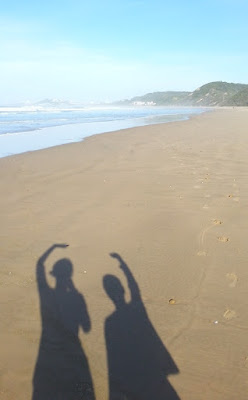