As we are living on a farm there are inevitably encounters with, well, what happens on a farm - farming! Whether it's lambing season, calves being tagged, new land being cleared, orchards being pruned or alfalfa being baled, it's all around us and we are learning by simply being here and observing how a farm is run. This post will be about the animals (sheep and cattle), and the hard work that goes with having them. In February, a team of sheep shearers from Lesotho came to shear St. Ancothesa's sheep - it was fascinating watching them work, doing 1 sheep in about 3 minutes. Although not done with shear scissors anymore, using the shear machine still requires skill and speed.


The machine has 4 'arms', thus 4 people can work at the same time. 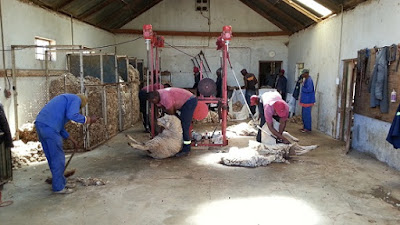 The sheep seem to enjoy being sheared, they just lie there turned paralytic. 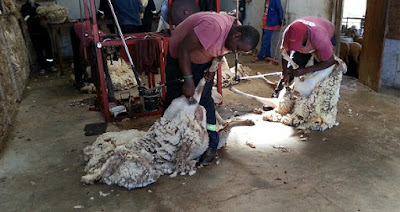 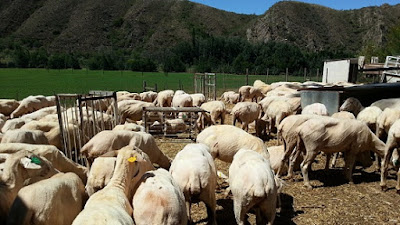 Rather grimy wool, but packed and ready to be sold. 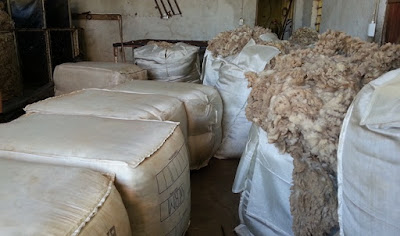 During April and May (mainly), it was lambing season and every day the farm bakkie and trailer could be seen transporting ewes and new white lambs down from the mountain to the safer alfalfa fields in the valley.


They really are cute, but also surprisingly loud - a field of them calling their mothers (and mothers calling back) is quite a symphony. 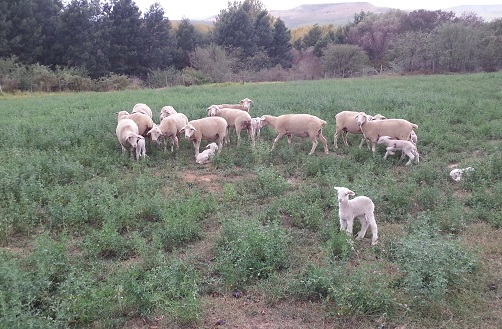 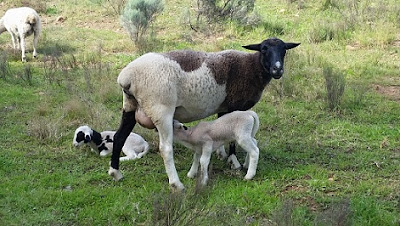 One day we joined 'oom' Jan and the farm workers going up the mountain to fix the water pipes for the sheep, as well as feeding them bales. It turned out a lovely day on the mountain.


Greenery after the rains. 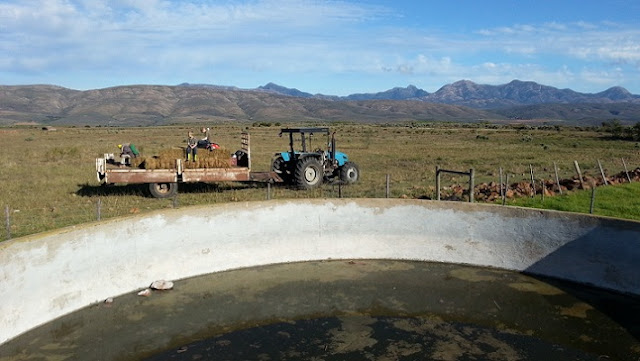 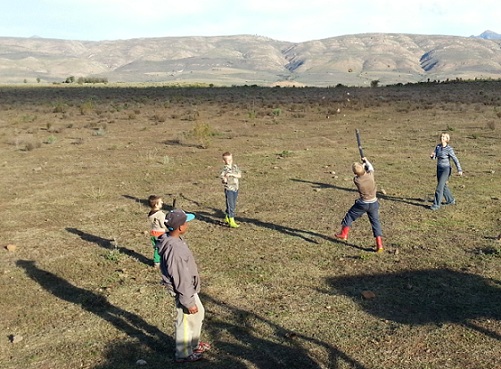 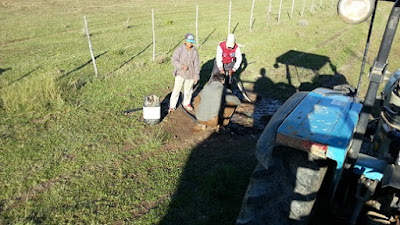 Feeding the ewes with newborn lambs that hasn't been transported down to the valley yet because of the floods. Even JanDiesel helps. 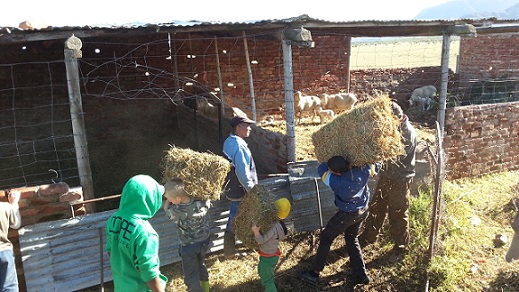 For the sheep in the field, bales are dropped off from the moving trailer, leaving a trail of food for the animals. 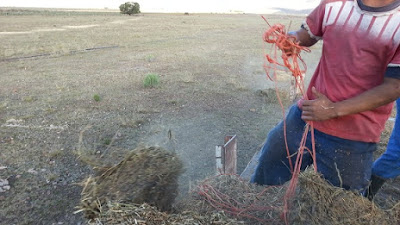 An ewe in labor which they helped along. 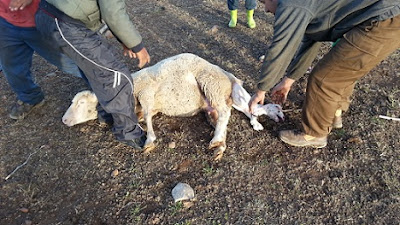 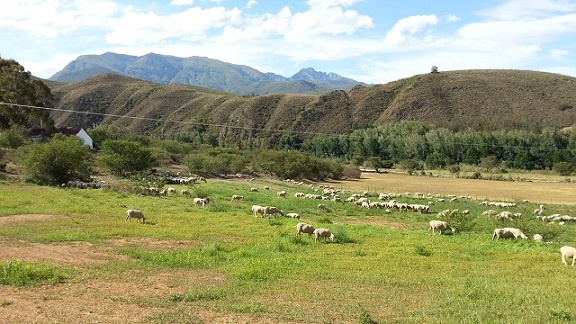 Cattle needs managing too, and as our house is next door to the cattle camps, we have experience of  calves and mothers calling for each other straight through the night. They separate them to see which calf belongs to which cow the next morning when everyone rushes for breakfast. 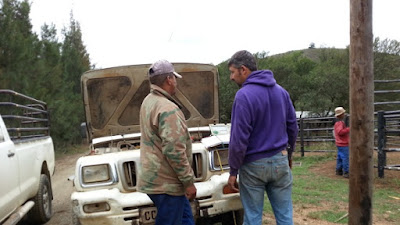 Cattle in the 'kraal'. 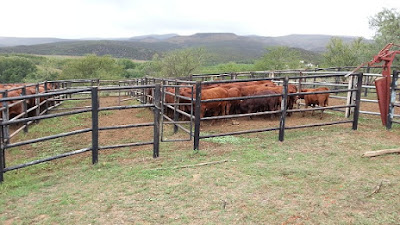 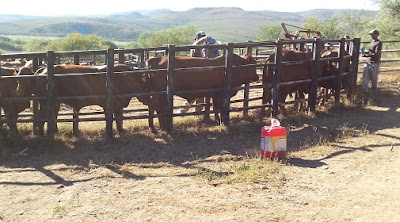 Seperating calves. The calf's face though... 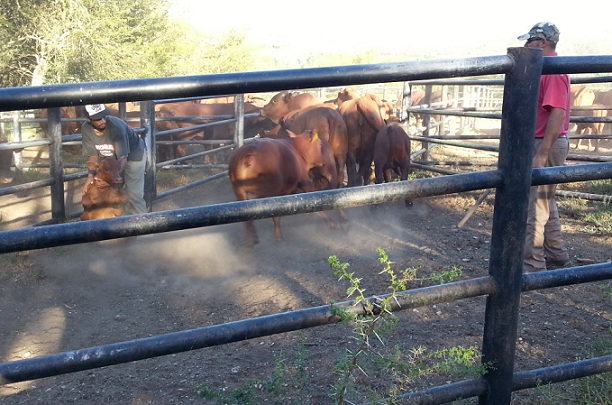 They burn the horns of the young bulls to prevent future harm. 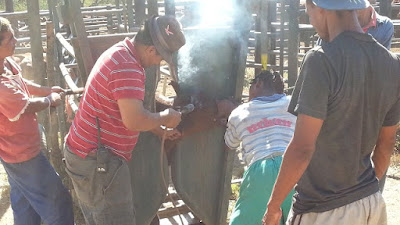 Putting on some ointment. 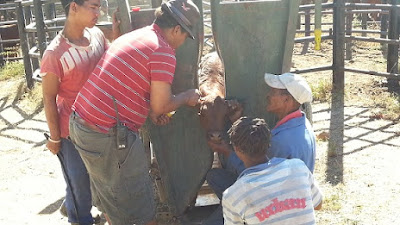 This one didn't have horns (thankfully haha). 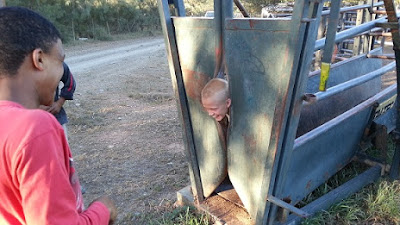 Cattle grazing on alfalfa (they cut it first so that the animals don't form too much gas). 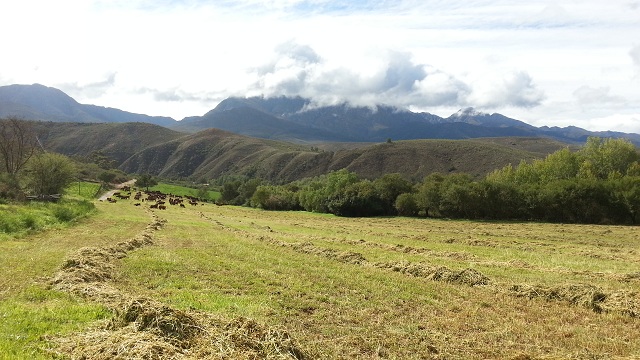 On the same walk, when I came back the mountain was covered in mist  and rain. Hitch a ride to nowhere... Thank you for reading! 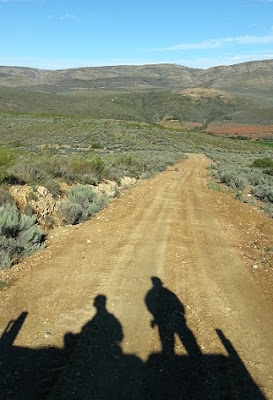