Last week, the 2 oldest piglets ("Ham en Spek") were sold to a neighbor - at 5 and a half months, Ham weighed 80kg and Bacon 50kg. Getting the pigs on the back of the bakkie proved to be quite a mission though....


The boys were glad to get their money, and even gladder they didn't have to slaughter the pigs themselves haha. 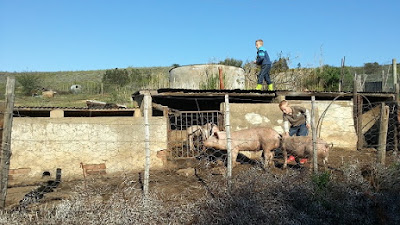 They used a steel plate to stop the pigs from slipping past them. 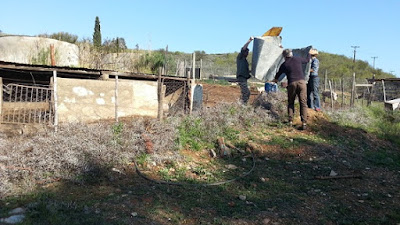 Clever little pig. Even though we put food in the scale, they refused to go in. 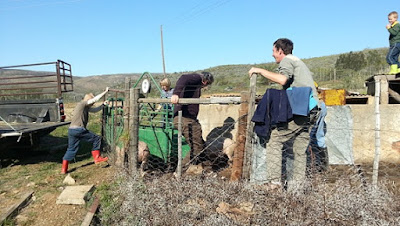 Johnny gave Bacon some help, and pushed her in by one leg. The scale can open on both ends, so they decided to get the pig inside the scale first, then lift it up so that the pig could climb out the other end into the bakkie. 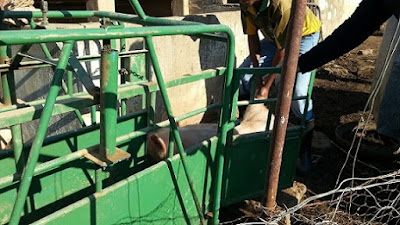 They did the lighter pig first, so the lifting was not too difficult. 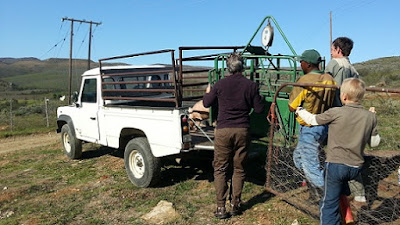 With Bacon safely on the bakkie, it was Ham's turn. He was more of a challenge though, and led Theuns, Johnny and Zahn on a wild goose chase for a few minutes, before they trapped him in the pigsty and maneuvered the scale in front of the entrance. 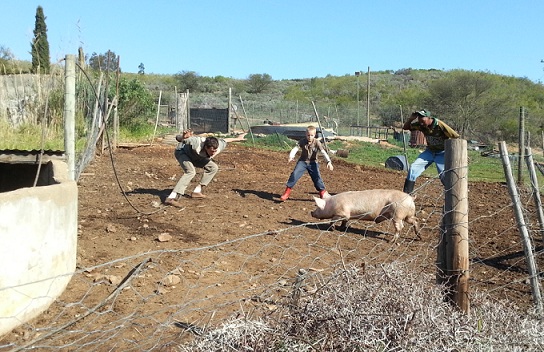 Into the scale, big boy. 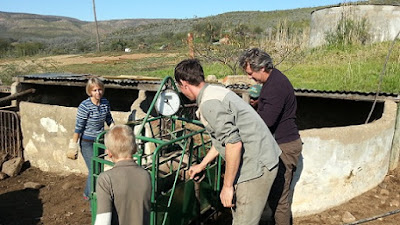 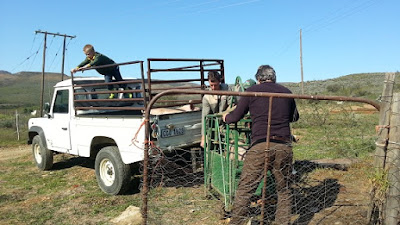 They had his head on the wrong side of the scale.... 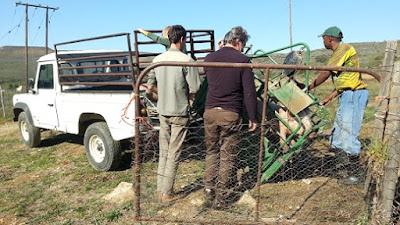 ....but they just tipped him in backwards anyway. 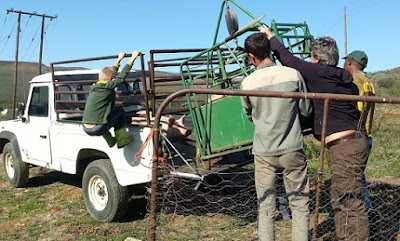 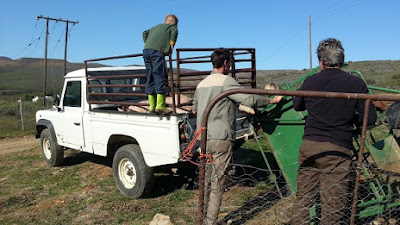 'Oom' Myles and Theuns (with my mom to help him) discussed business, and the deal was sealed. Five more piglets to grow (and then go...)!
Posted by Elna Kruger at 7:41 AM