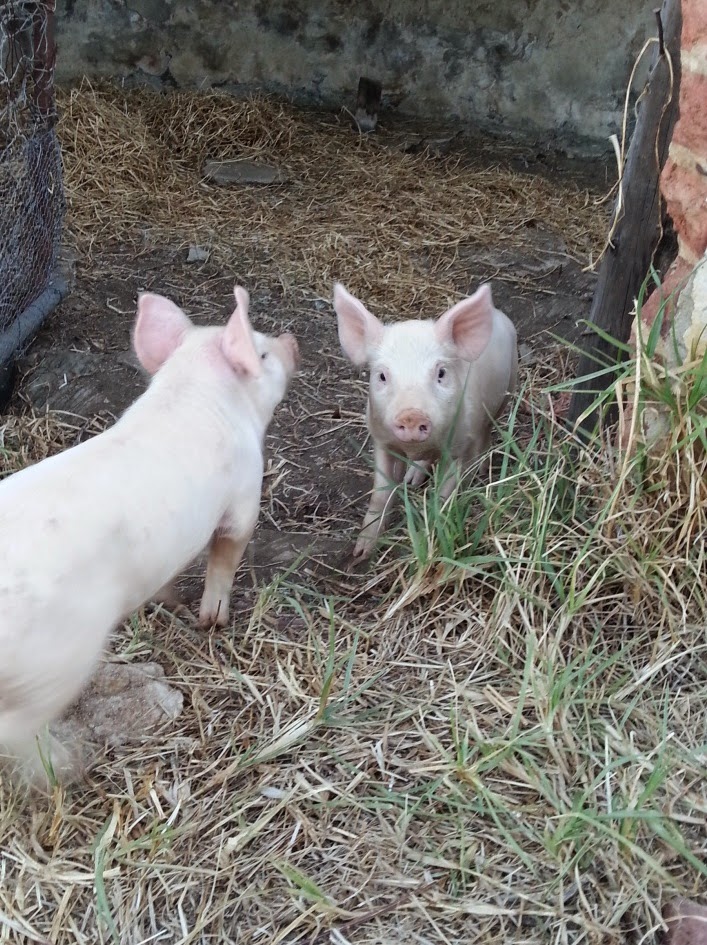 To follow up on last week’s post, we have 12 new inhabitants here on the farm; two piglets (‘Spek en Ham’, Bacon and Ham), and 10 chickens! We drove all the way to Knysna (and then up a mountain) for them. We are going to fetch 2 more piglets from the same farmers February 26th, so keep an eye out for more on that farm soon – they deserve a post for themselves! 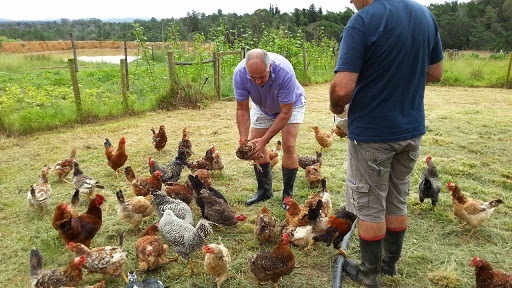 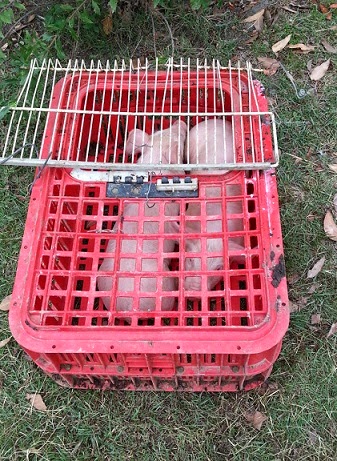 Unusual (stinky) luggage. We had to keep the windows open the whole way. 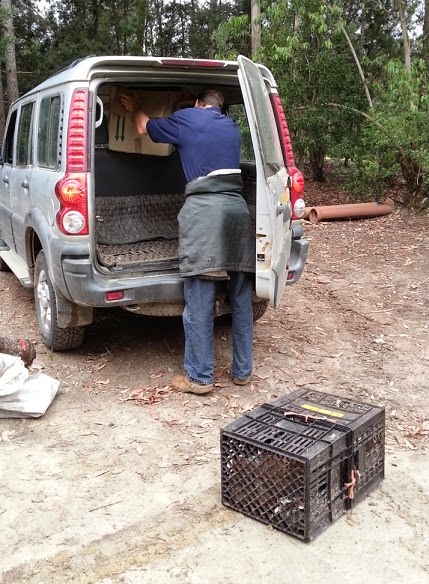 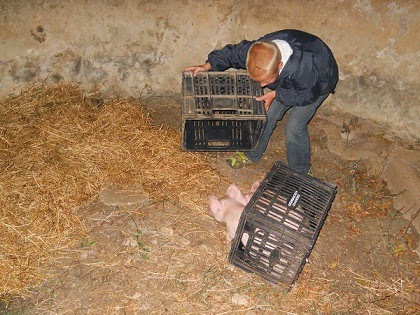 Straw to snuggle in. 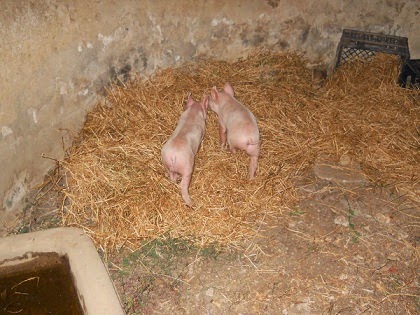 It seemed that they haven’t been weaned and learned to eat properly although they are very enthusiastic about food, so the boys tried feeding them a porridge-like mixture by hand and thankfully it worked. We also bought 2 teats, and Theuns and Maarten gave them goat’s milk with a bottle. A lot spilled between the piglets’ chewing the teats and both trying to suck on the same teat, but they managed in the end. 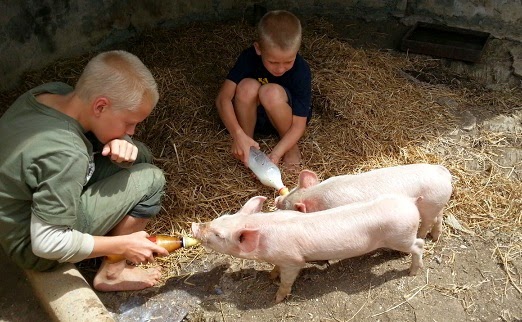 The chickens gave me nothing to complain about, except that they are not laying eggs yet (because of stress from the trip, new home, etc.). They are pretty Boschveld chickens and very amusing to watch when sorting out ranking issues.

Refusing to come out. 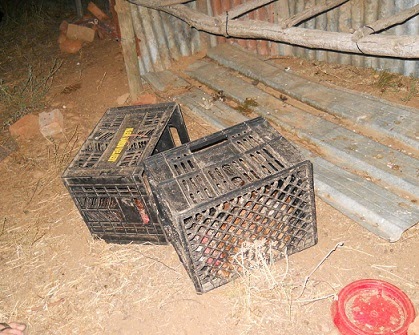 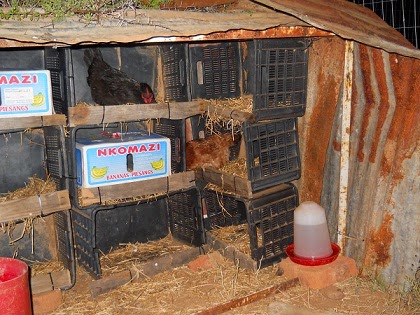 The thorns on the roof is to stop the chickens from flying over the fence (there's one chicken specifically though, that refuses to be stopped; every day she ends up outside, and I know it's just spite.... She refuses to let me have her eggs). 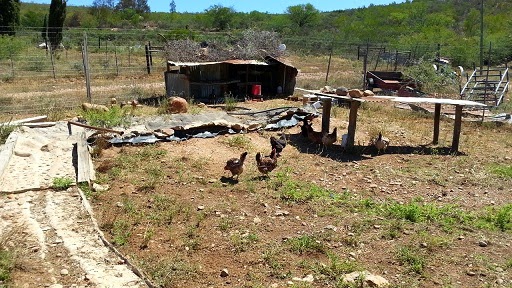 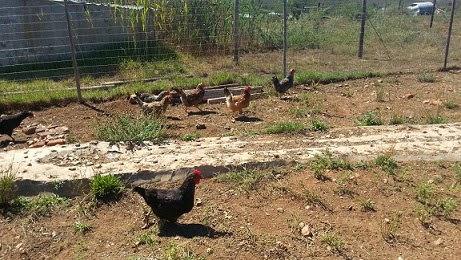 So now we are all learning practical business skills, with all the issues to sort out in the process. But so far, it's fun (and quite manageable).
Posted by Elna Kruger at 10:50 PM