One of the biggest nature reserves in South Africa (and undoubtedly the most well known) is the massive Kruger National Park in the Northeastern corner of Limpopo and Mpumalanga. Home to an incredibly diverse range of species including the Big Five, the Kruger has come a long way since it was originally established as the Sabie River Game Reserve in 1898 by the then-president of the Transvaal Republic, Paul Kruger (the name was later changed when a few smaller nature reserves merged together to form the Kruger).


The Paul Kruger Gate - in honor of his original vision for a nature/game reserve in the 'bosveld' (bush). 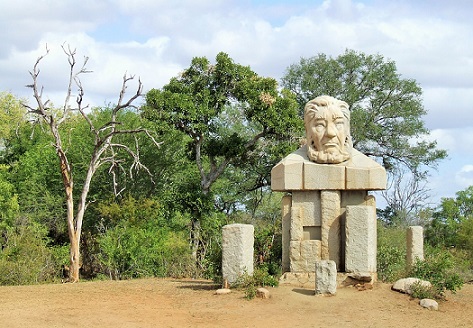 The Park is now a world-famous attraction, and so we couldn't say we toured South Africa but didn't go to the Kruger (surnames aside). Thus followed a day of game watching (though it should be called first game-searching, then game-watching). Considering we started out rather late, we saw a huge variety of animals.

Of the Big Five we saw 4 - number one was a whole herd of elephants. These giants are quite destructive, but the calves stay adorable. 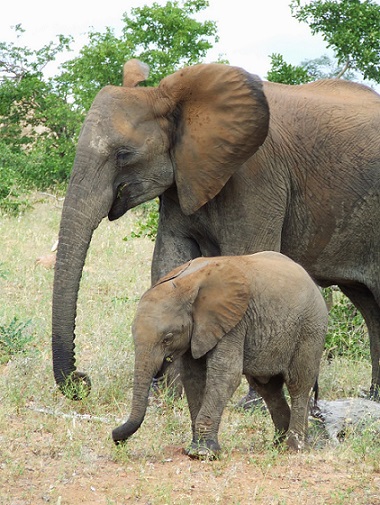 Sibling rivalry is not just among humans. 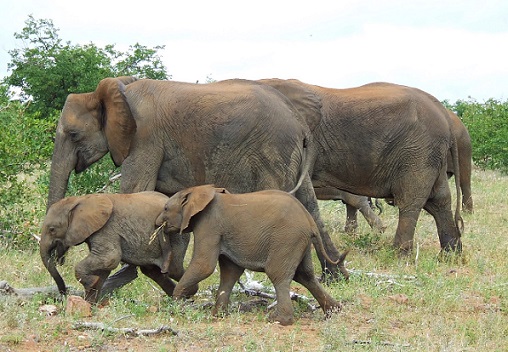 Concerning antelopes, we saw many Impalas and a few Kudu, Waterbuck, Bushbuck, Steenbok, Nyala, and Blue Wildebeest. Interestingly enough, the Kruger does not have Gemsbok or Springbok, both which we saw plenty of in the Kgalagadi Transfrontier Park.


"What a beauuutiful day," says the Waterbuck calf (I adore this picture). 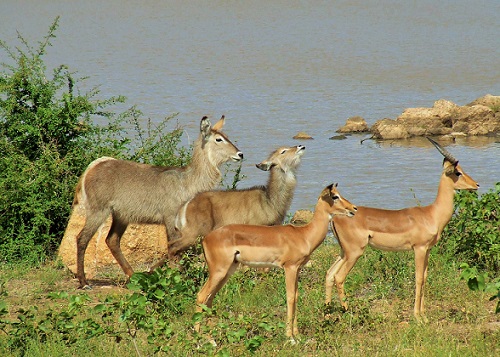 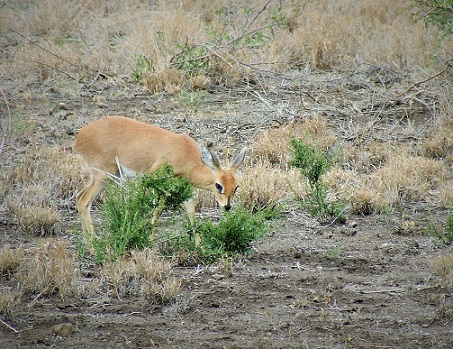 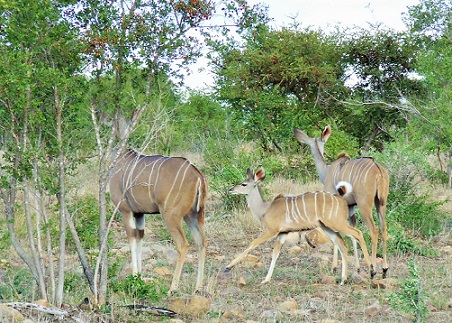 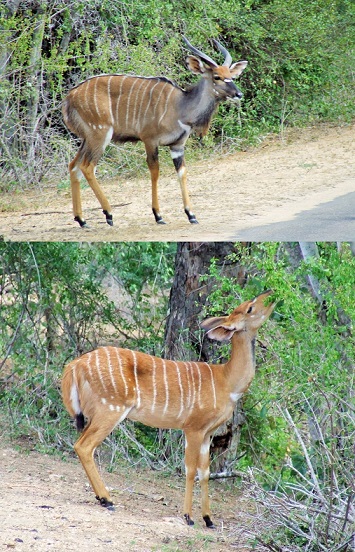 This hyena was lying right next to the road. We suspect she was either pregnant, or had just eaten an entire impala by herself. 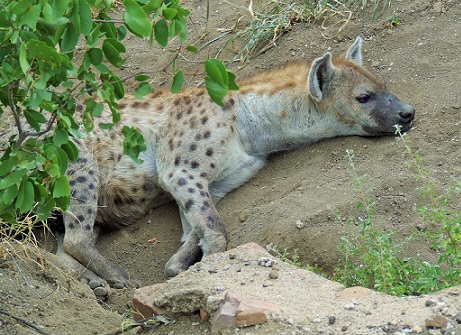 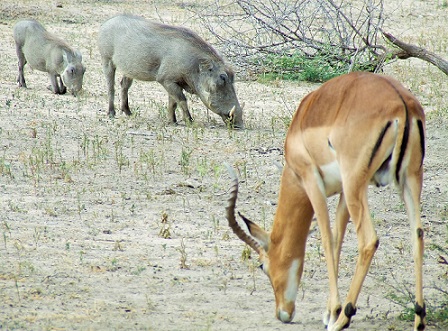 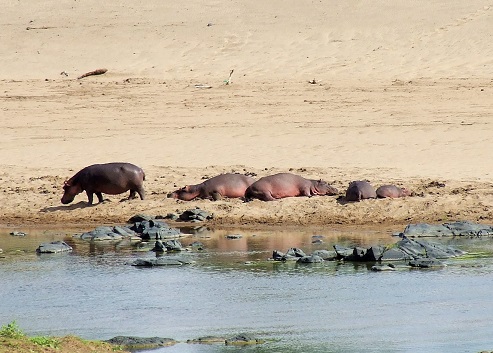 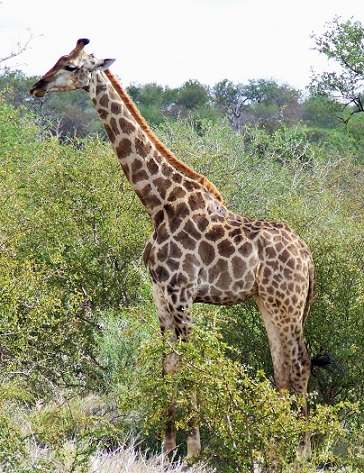 ..and of course some zebras. Did you know a zebra’s coat is thought to disperse more than 70% of incoming heat to prevent it from overheating? 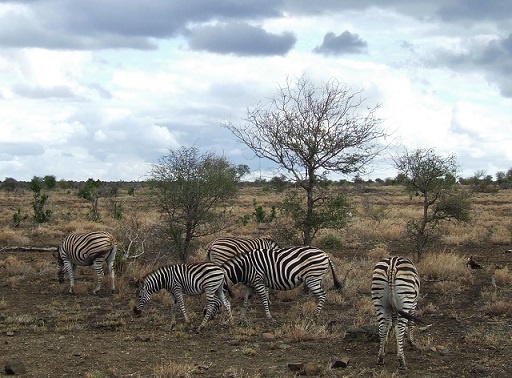 Birds there were many too, including eagles, falcons, vultures, storks, Loeries, Secretary Birds, and the rather hideous but fascinating Ground Hornbill. 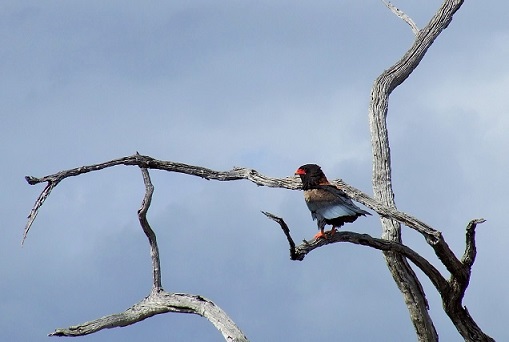 Can Saddlebilled Storks sit? This one tried. 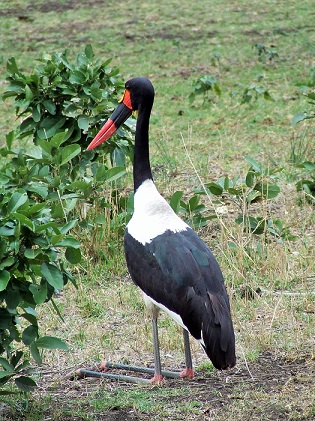 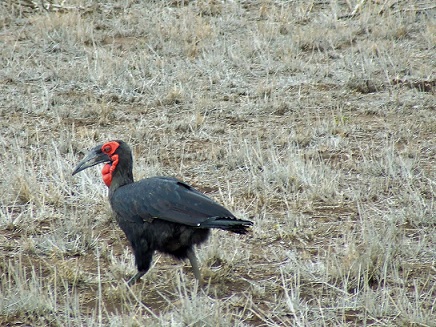 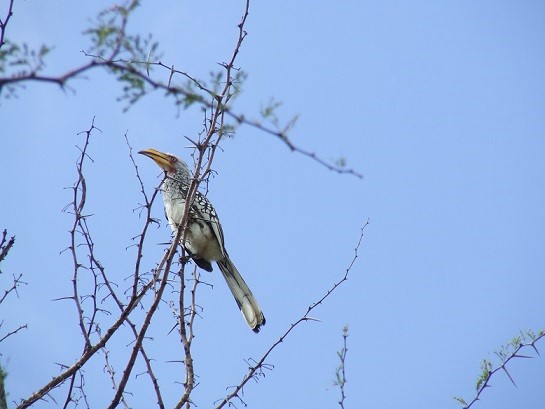 We also found a tortoise drinking water in the middle of the road (aw). 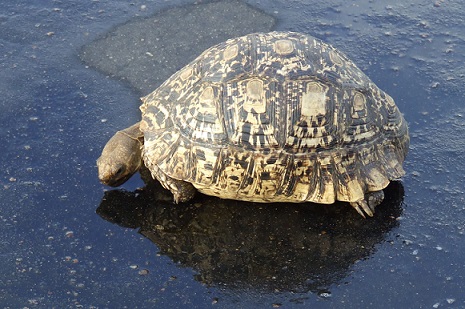 What's uglier than a baboon? A whole family of baboons. Here's mom, dad, and kiddo - they could be posing for one of those old fashioned portraits where everyone glares at the camera. 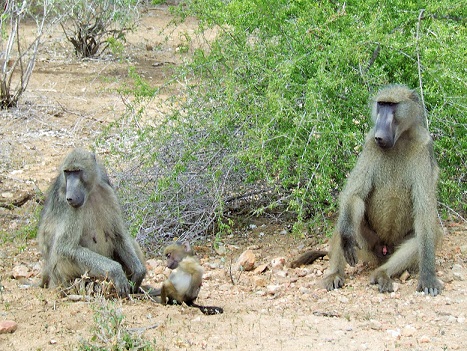 Number two of the Big Five was buffalo. These creatures are huge and dangerous - an adult buffalo's horns fuse together at the base and the resulting 'shield' is called a boss (pretty weird). 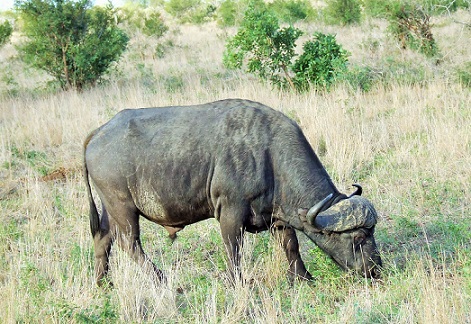 Large areas of the Park are very dense, thus any animal has to practically walk on the road or right next to it for you to be able to see it. This easily discourages, but you never know... By late afternoon we were really hoping for some big game (think lion), and literally had the best sightings of the day in the last 2 hours.


As we came around a bend, a single lioness was walking along next to the road for less than 5 minutes, and then she disappeared into the bush. There are few things more satisfying than being in the right place at the right time. 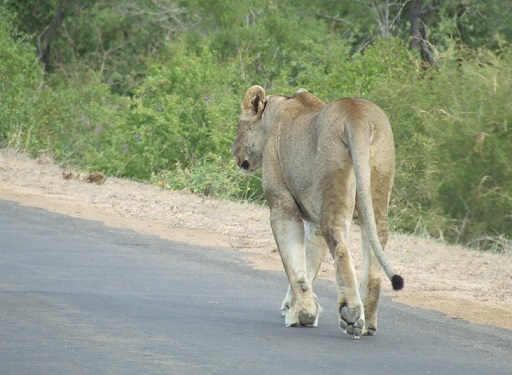 With everyone stil ooh-ing and aah-ing, right around the next bend, we saw an absolutely stunning cheetah in a very funny situation. An impala ram had spotted the cheetah and was challenging it, making hilarious blaring noises and even mock-charging. It seemed as if the cheetah couldn't make up her mind about what to do - she walked back and forth across the road, crouched, sniffed the tar nonchalantly, started stalking, then straightened up and cautiously looked in the impala's direction. 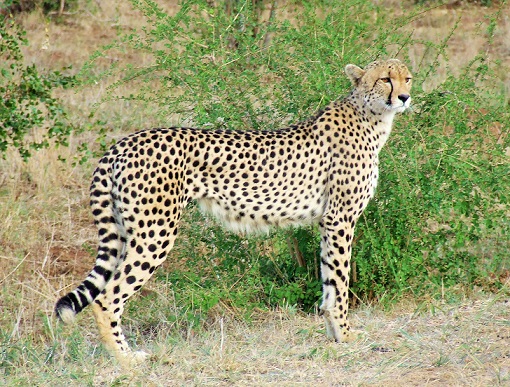 The cheetah eventually just walked off. I'm sure she worked up that impala's nerves quite a bit though....look at his stance... 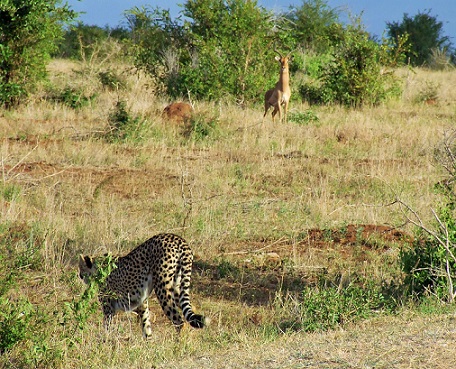 By this time we were in a slight hurry, as the camp where we were planning to sleep over closed at a certain time and it was getting dark. But a few kilometers from the gate, we were slowed down by a white rhino strolling (there is no better word for it) down the middle of the road.


In Africa, you don't rush. 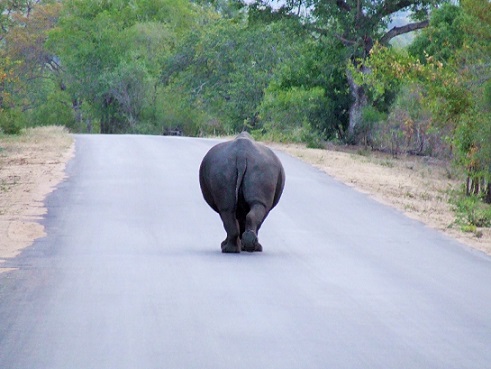 We tried our best and even honked at him, but he couldn't be bothered. Eventually he swerved out for a moment, and we quickly drove past. We were literally the second last car to enter the camp before the gate closed.


Number 4 of the Big Five we spotted, white rhinos have recovered from near extinction because of intensive conservation efforts, but black rhinos remain critically endangered. 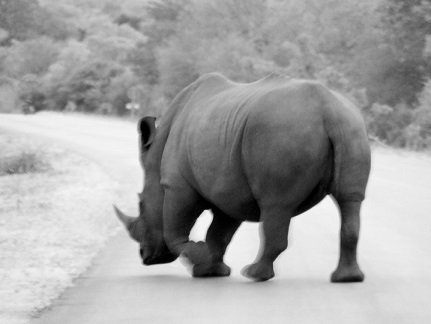 Even though we didn't stay in the Kruger for very long, it was an awesome experience and we made some pretty great memories. One of Africa's greatest treasures is its animals, and places like this keep them alive.


The essence of authentic. Thanks for following! 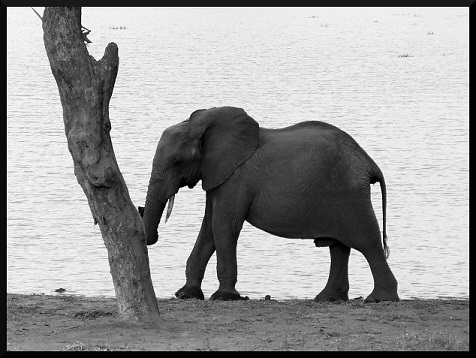