Seven Days in the Cedarberg

After leaving Kruistementvlei Farm (see the previous post) in March, we drove to the stunningly situated Algeria campsite in the Cedarberg (sometimes spelled Cederberg) mountains for a week long retreat. The Cedarberg mountain range is named after an endangered tree found only in the area (the Clanwilliam Cedar), and the mountains are rather famous for strange, dramatic rock formations and San rock art. Our grandparents 'ouma' and 'oupa' Venter joined us for a few days as well, and on the 21st of March we celebrated mom's 45th birthday! Dad did some work, but thankfully we had no school to do so we just relaxed, read books, hiked some really cool trails, camped, and visited with ouma and oupa.


Exploring the mountain stream running through the campsite. 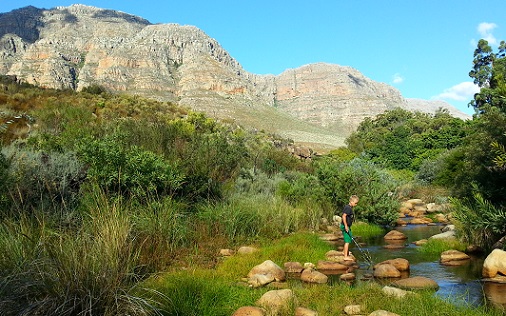 Glued to the pencil. Gran taught the boys (especially Maarten) to draw 3D objects. Here, they are drawing the Land Rover. 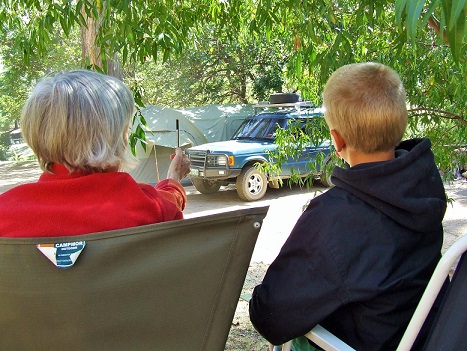 For mom's birthday, we hiked the 2-3 hour waterfall trail near a big crack ('skeur') in the mountains. With chocolate, mountain champagne, and then real champagne later, it was a fabulous way to celebrate for her and we really enjoyed it.


Imagine the forces which tore this mountain apart... 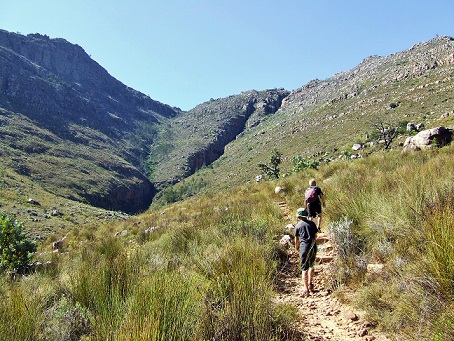 At the waterfall. Granted, there were more algae and plants than water, but oh well. 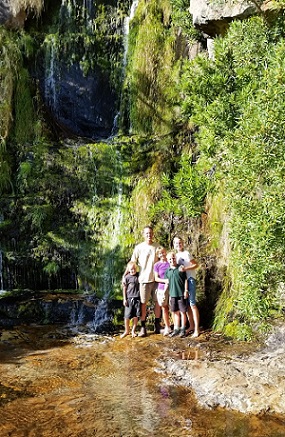 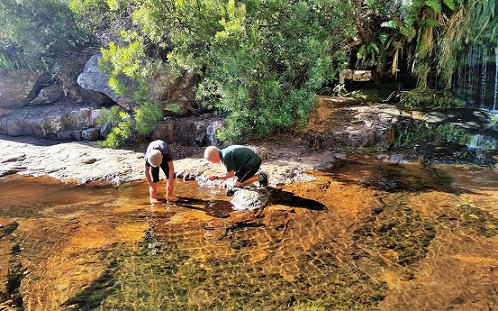 We love you, mom. 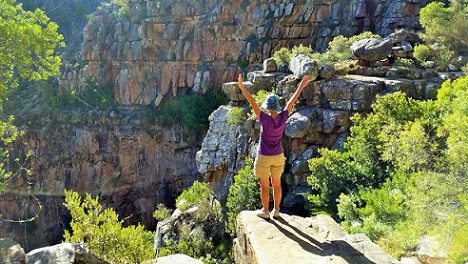 A longer but very impressive hike we did another day is the Wolfberg (literally, 'wolf mountain') Arch which took us about 6 hours. It was absolutely worth it, not just because of the Arch, but also because of the rocks and boulder formations along the way. 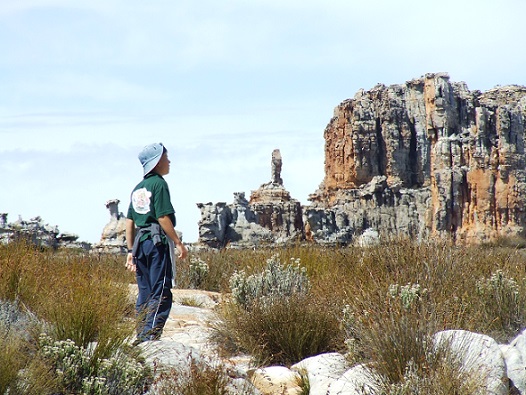 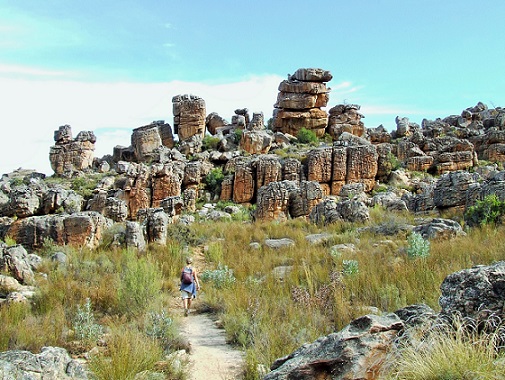 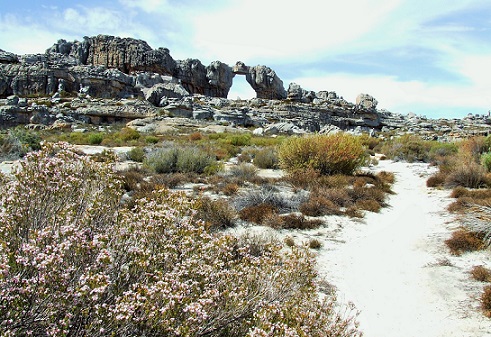 Revived by lunch after 3 hours of walking. 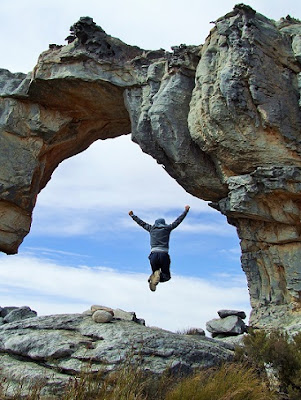 Smile! Not that anyone can see if you don't... 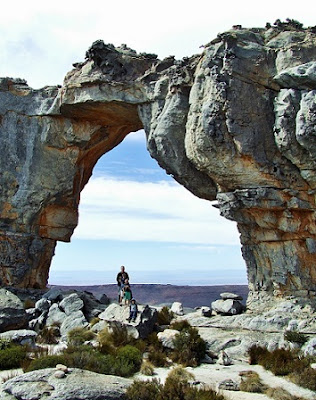 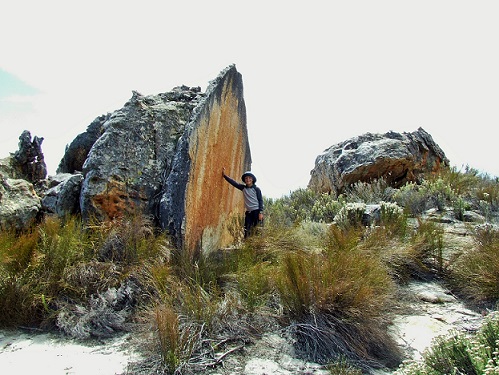 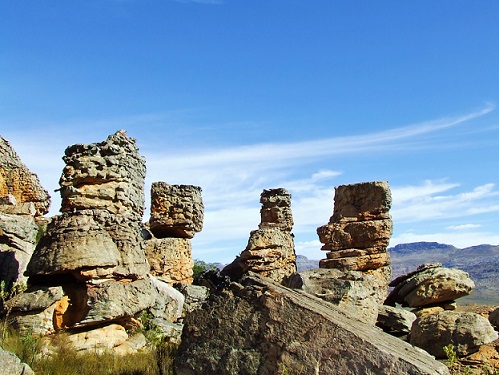 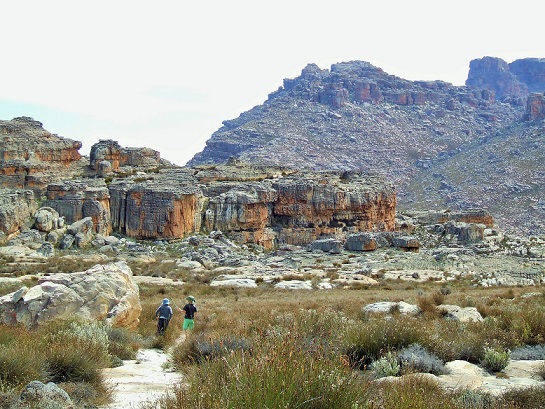 A Pink Mink protea. Interestingly enough, the snow lines of the Cedarberg mountains is the only place in the world where the critically endangered Snow Protea is found. 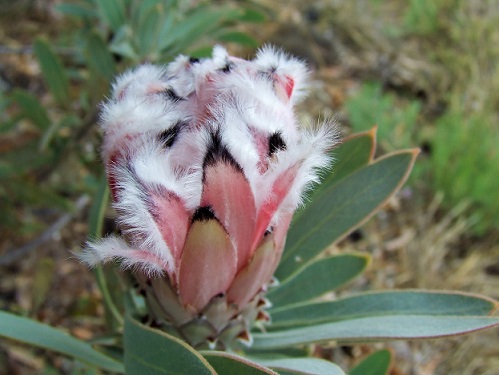 The other exciting hike we did was the Wolfberg Cracks, literally huge cracks in the mountains. We went up to the top via the narrow cracks and only came down in a big crack. At some places we literally had to squeeze, crawl and scramble over boulders to continue on, and if we hadn't run into some other experienced hikers who knew the trail, we would have turned back.


Before the fun starts however, one first has to get to the start of the cracks, halfway up the mountain.. 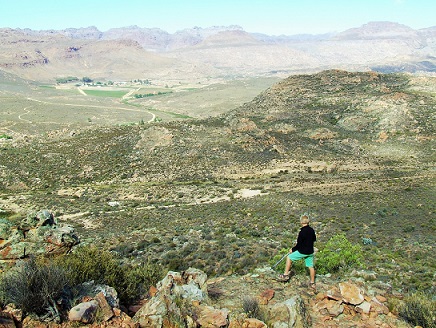 Looking for the trail. 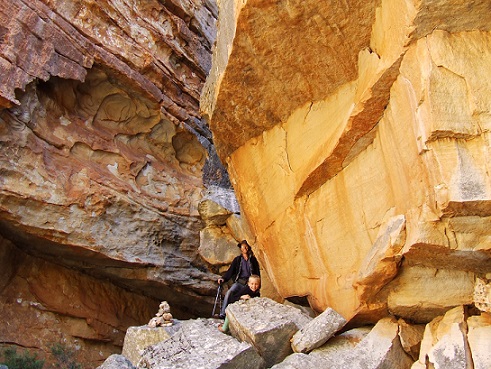 We found a second, hidden away 'arch'. 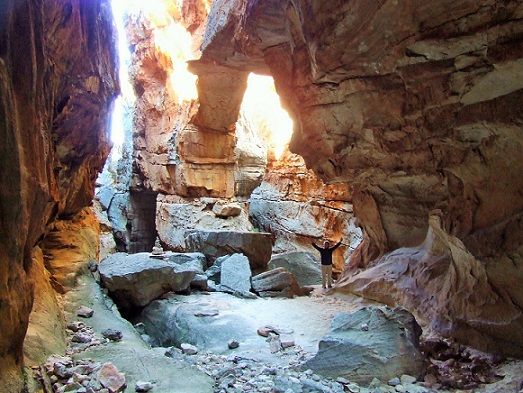 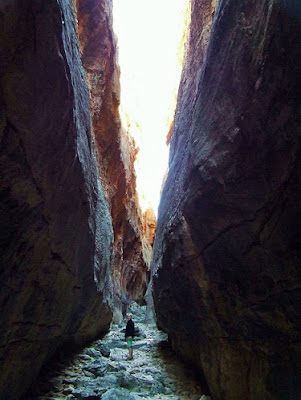 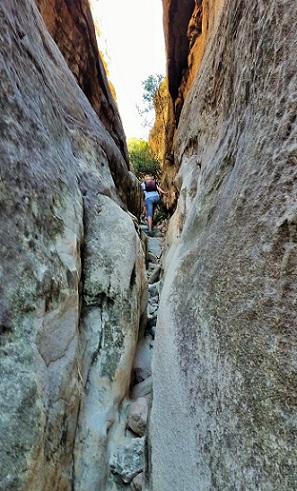 Looking back at where we had just clambered up (the narrow crack). 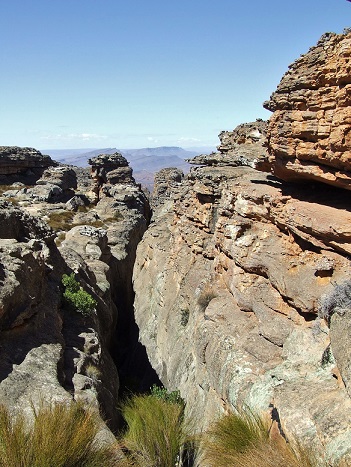 Victorious, we then descended down into the big crack for lunch (spot dad and the boys). 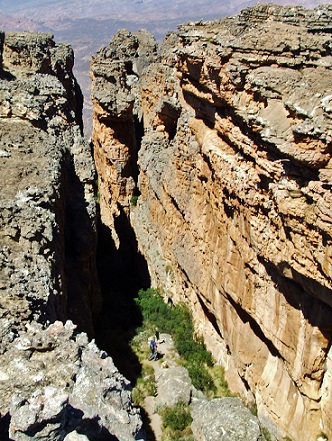 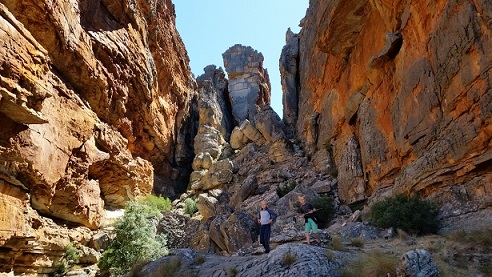 This little guy frowned at us so hard, we just had to give him some crackers. Going on a stroll one day with ouma and oupa (in their seventies now). 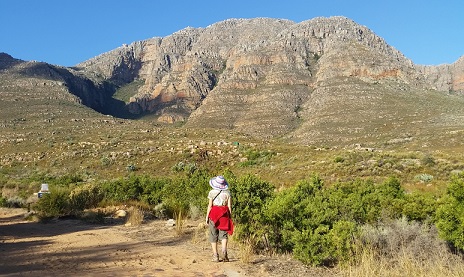 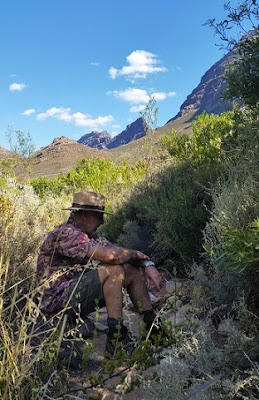 We found some pink March lilies/flowers ('Maartblomme'). This bulb plant sends up a single stalk in autumn with a large cluster of big pink flowers at the top. The rest of the time, it is barely visible. 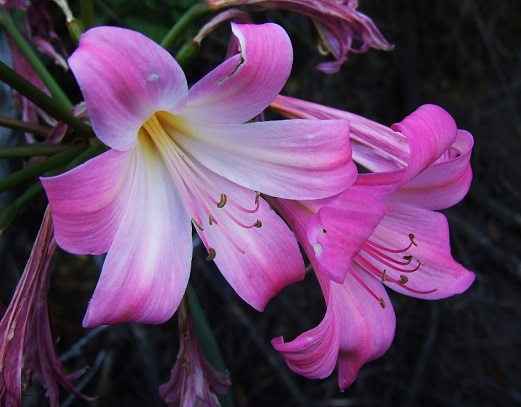 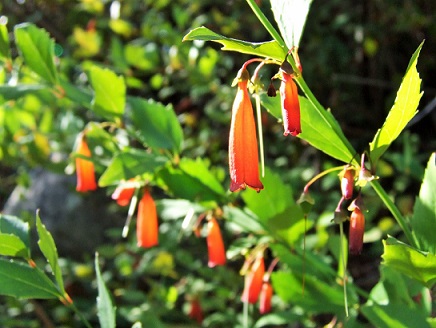