The Start of Everything

For the past week, it’s been very busy here on the farm; a lot of things began (including the public schools) which kick-started everything. We’re planning to have chickens, piglets, and maybe even a horse or two; the projects have made good progress so far and I’ll post about it next week.

Last Sunday we also had a first short church service in the tiny church building on the farm (next to the sick sheep). The farmer family and some of the workers also attended. We listened to a tape for 30min, discussed it and prayed; we hope to keep on doing it for the rest of the year as well.

Our school has been ongoing from the first week of January, but the public schools only started this Wednesday. As a result, Voortrekkers also started in George, and we had our weekly George outing on Thursday; it was good fun as the first day of Voortrekkers is always a Fruit Feast; more accurately a Watermelon War where everyone ends up very sticky and very wet. All of us look forward to the camps this year.

The boys and me also began some ‘paid jobs’ this week for which we volunteered; they babysit JanDiesel (our hosts’ 3-year old and very cute lively boy) two times a week, and I clean their house once a week. It’s a good way of earning some pocket money.

JanDiesel with our chickens' first egg which he found. 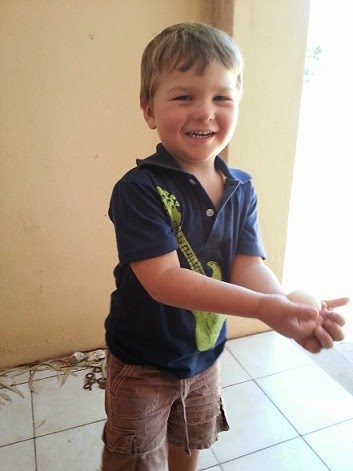 We had quite a lot of fun on Tuesday when our school morning was interrupted by a neighbours’ son who came for a visit on his horse; pretty soon other children had gathered and everyone went for an unexpected ‘swim party’ at the dam; something we usually did daily in the afternoons because of the extreme heat the Cape experiences during January and February (it’s above 30 degrees Celsius daily; in the middle of the day it’s 40 degrees Celsius). 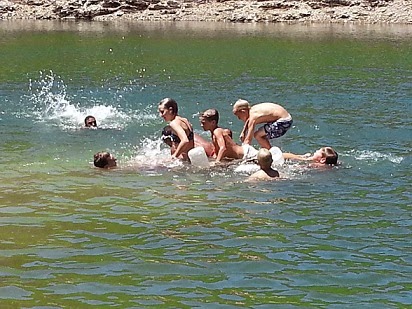 When we got back and tried to put the horse’s bridle on, she decided she’d had enough and galloped off! We jumped in the car and sped after her, only to catch her 2km later; it was very funny to see how she had her own personality and definitely got annoyed with her owner. 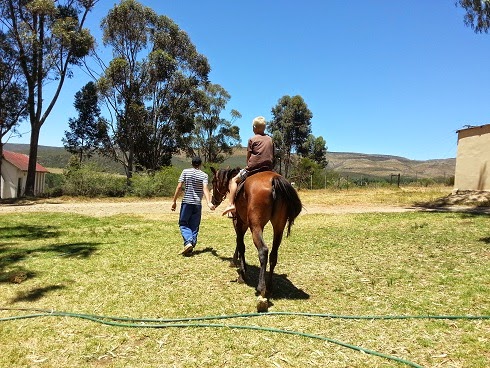 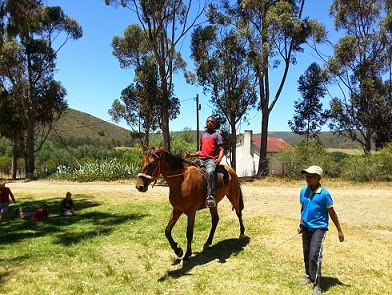 Another interesting animal encounter was with a cricket. There was nothing special about the ugly little thing except for the fact that it had decided to make our printer its home... It cricked real loud when we put the printer on, and even louder when we tried to print stuff. After 15min of poking inside with a flashlight and teaspoon, we turned it upside down and left it. That evening it apparently grew uncomfortable enough; the bug was gone. 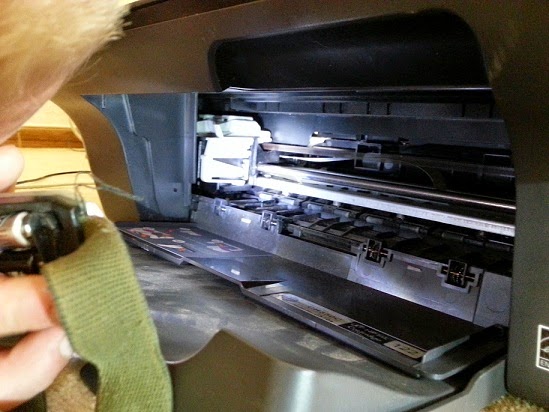 Another happening that caused great excitement was that we made the national newspapers (Die Beeld, Die Burger), if you want to have a look at the online article here it is!

Some interesting happenings on a working farm:

Ripping the soil; every now and again a tractor or a Bakkie going at high speed past our house attract interest and we go take pictures; the workers think it's very funny. 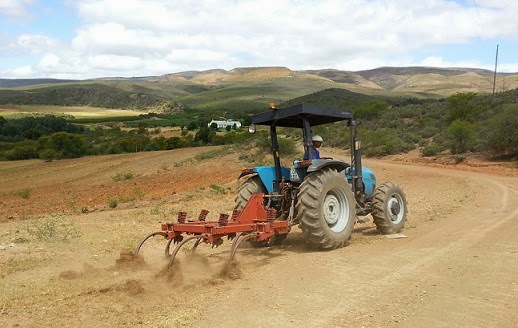 Prunes on the tree in the orchard right in front of our yard. 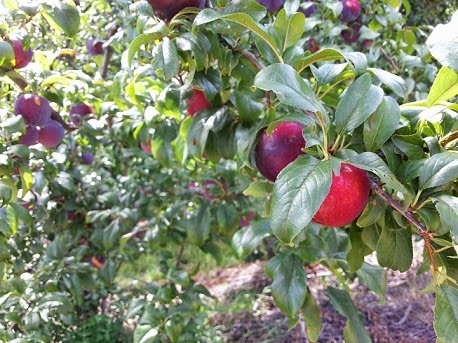 During the onions' harvesting time, there were too many onions and not enough hands; soon everyone was picking onions including us. 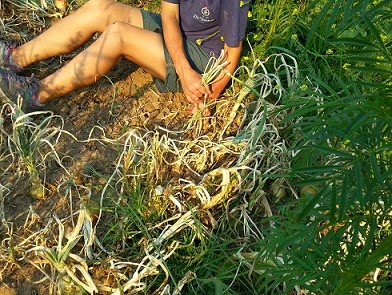 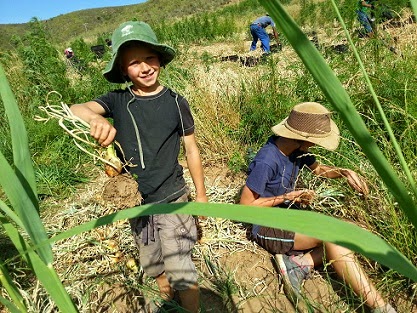 Their job of the day: give 700 sheep medicine. 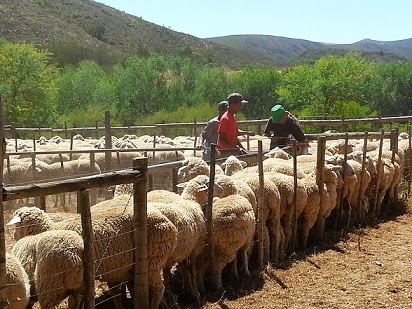 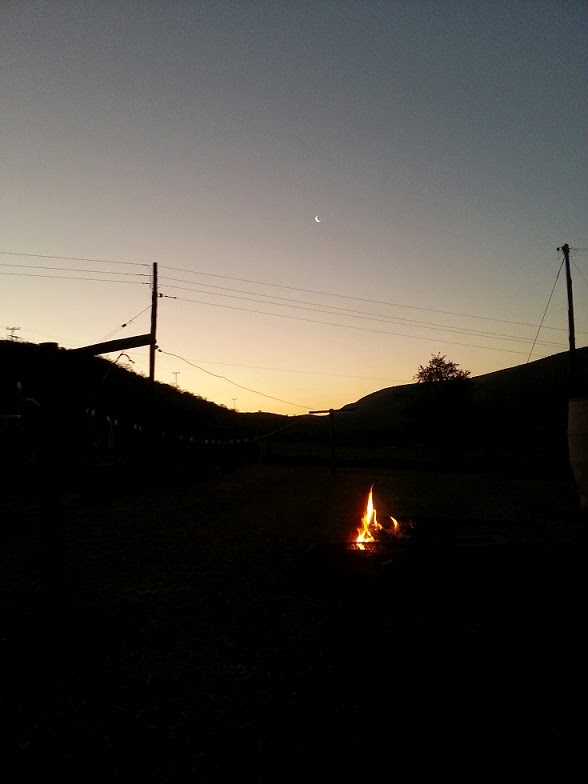