After a day of rest (and washing) at Bellevue, we were on our way to Grahamstown via Port Alfred and Bathurst. In Port Alfred we saw the Marine with lots of sailboats anchored. It's something you don't see often in South Africa, and reminded all of us of Norway. 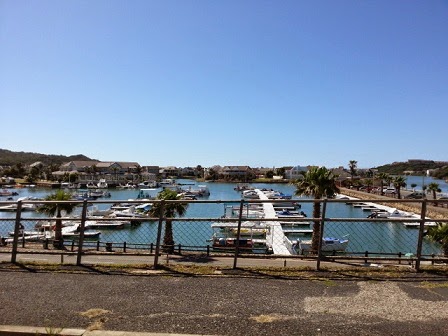 Bathurst, as we soon discovered, is the pineapple capital of South Africa. We didn't even know they farmed with pineapples in the area. We visited the Giant Pineapple and bought some pineapple jam. 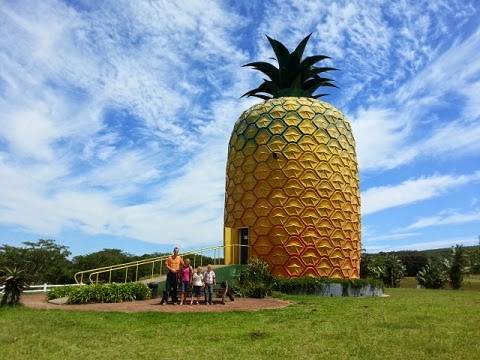 This region is where the British Settlers arrived in the 1820's, who were often attacked by the native Xhosas and struggled trying to build farms. Places like Bathurst, Grahamstown and Salem grew as the people gave up on farming and moved to town. In Bathurst we visited 2 little churches that served as forts when the Xhosas attacked.  Both were beautiful to look at and the cemeteries had a special atmosphere.

The Methodist Church (note the date). 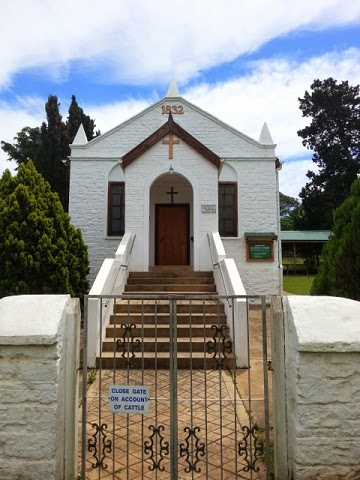 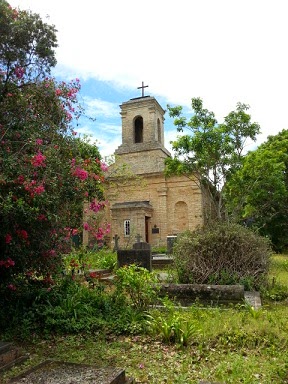 Lunch was at the oldest pub (officially licensed) in South Africa, the Pig and Whistle Hotel. 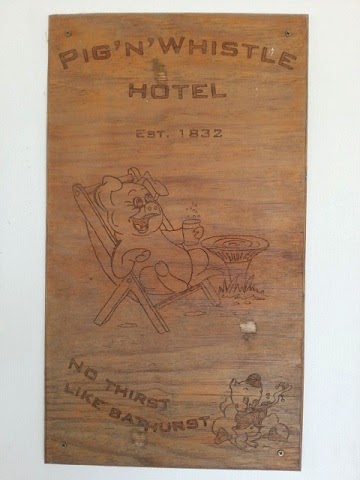 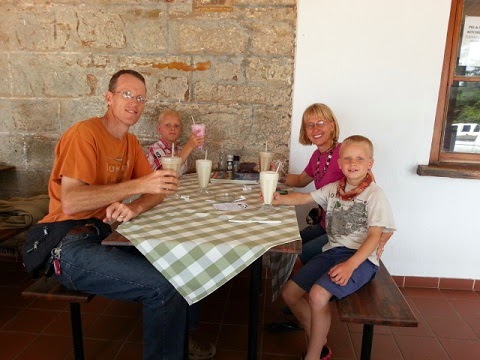 We also drove to a Toposcope, built in 1968. A toposcope marked the places where each new settler was assigned to their farm. On name plates right around the toposcope one could read and look in the assigned direction and see the distance to where settlers were assigned.  It must have been quite a project figuring that out. 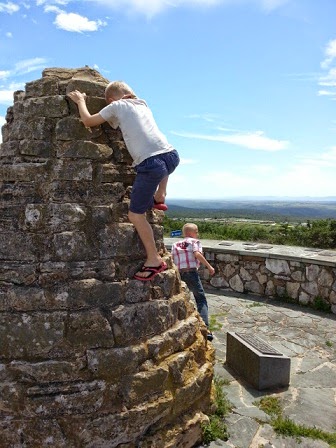 When we arrived in Grahamstown, we checked in at a comfortable guesthouse on the corner of High Street.


Wonderful beyond words (camping makes you appreciate a bed a lot more). 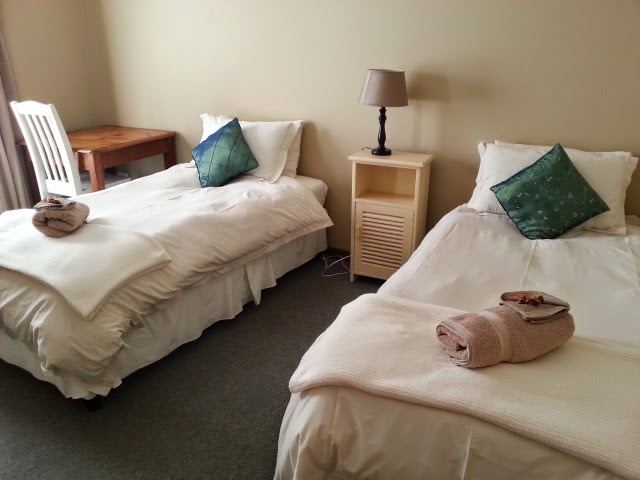 It was very convenient to have stayed so close to all the sights we wanted to see. Then, we switched over into tourist mode, and spent the afternoon and the next morning exploring Grahamstown. We strolled down High Street, where the broad sidewalk  and old houses gave us the feeling of being in Europe, visited a cathedral, saw the Observatory Museum (where we looked at one of the 7 big Camera Obscuras left in the world; what was for many years the only Camera Obscura in the Southern Hemisphere), ate ice cream, walked around on the Rhodes University grounds, had a nap in the Botanical Gardens, posted postcards in the oldest working Postbox of South Africa, had dinner at a small restaurant, drove through the suburbs to see what it looks like, visited a fort, and had coffee and giant cookies at the Provost Coffee Shop, a renovated military prison from the 1800s with 8 cells. 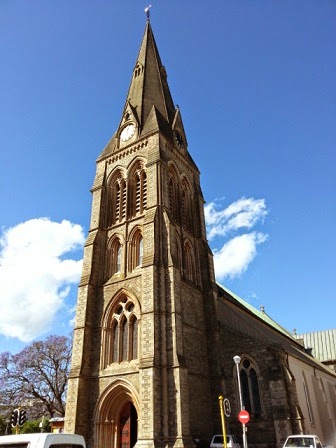 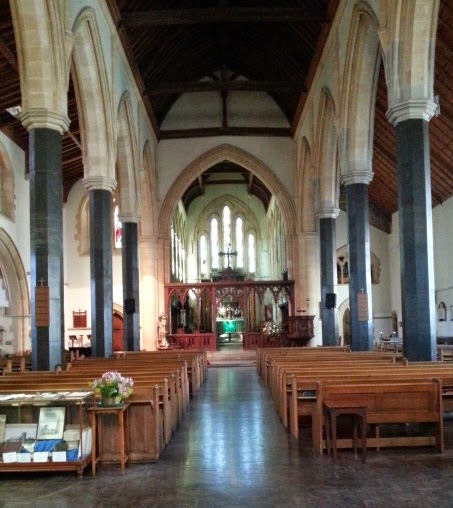 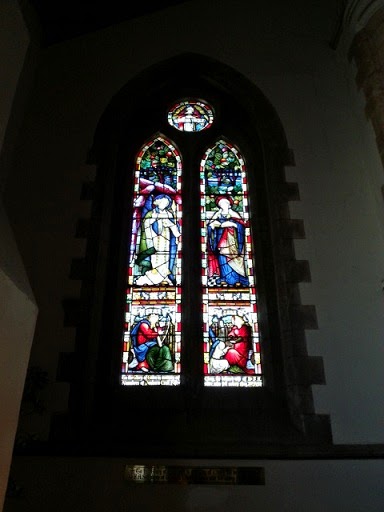 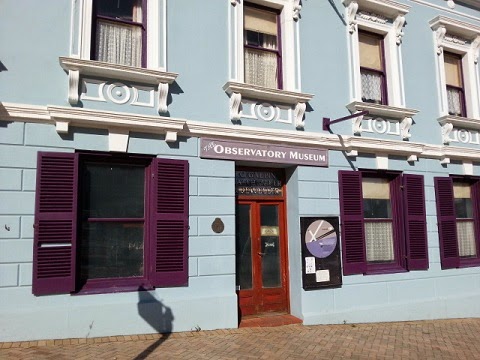 Selfie in the mirror on top of Camera Obscura! 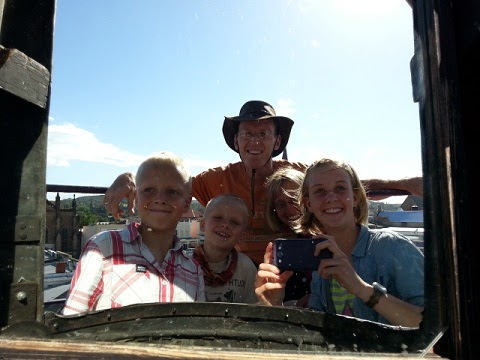 360 degree Panorama view of Grahamstown.  The reason for this camera to be built was to have a way in the 1800's to be able to locate where the only doctor in town was at the moment! So from there he could then be tracked and a messenger sent off to call him - remember they did not have phones.

A display in the Victorian museum; what my mom loved about this is the chaos on the school desk. 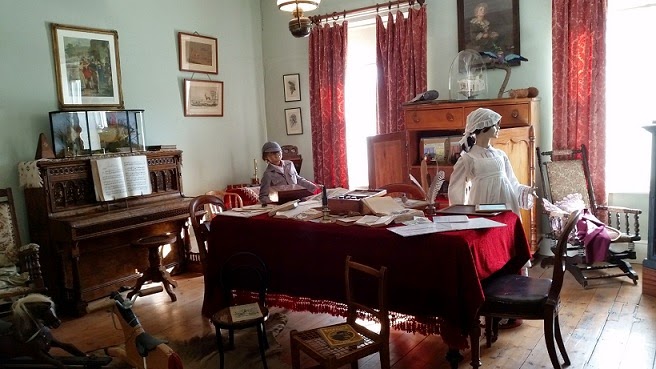 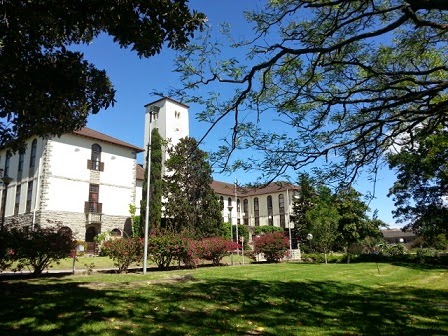 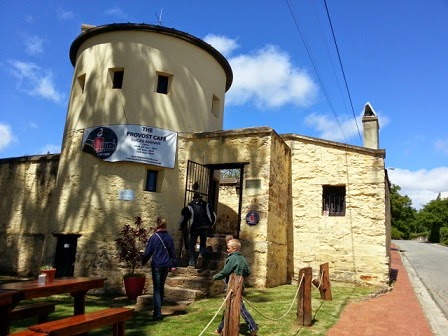 Choosing a cell (each cell had a table in it). 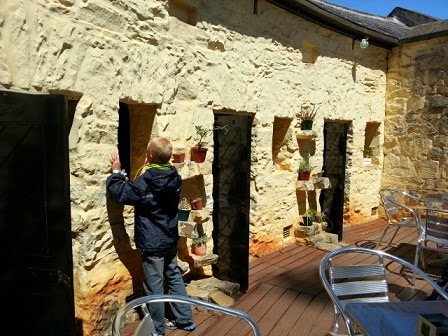 Posting postcards in the oldest Postbox in SA! 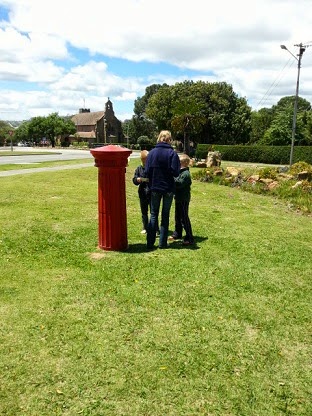 On our way to Kenton-On-Sea (where we had a windy lunch), we visited a really small place called Salem (meaning Peace) where a monolith (big stone) was dedicated to the very brave guy Richard Gush who got tired of the many wars against the Xhosas. So, one day, he took off his clothes to show he was unarmed and threw down his weapon, and then asked them why they are continually fighting against the British. The Xhosas answered that they were hungry, so he went to the town's people and got food which he distributed amongst the Xhosas. They abruptly stopped figthing and walked off. 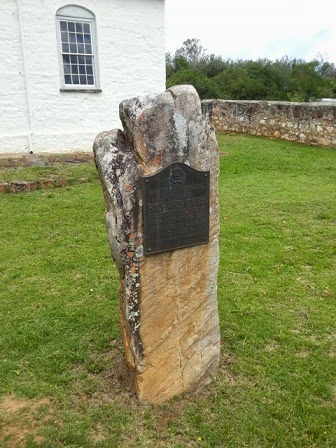 From there we travelled to little places with funny names like Boknes and Cannon Rocks on the coast. However it was so windy we couldn't even walk to Bartholomew Diaz's cross (he was a Portuguese explorer who sailed around the southernmost tip of Africa in 1488).


The boys had to run to the end of the beach and back because they had too much energy and were upsetting all of us inside the car. 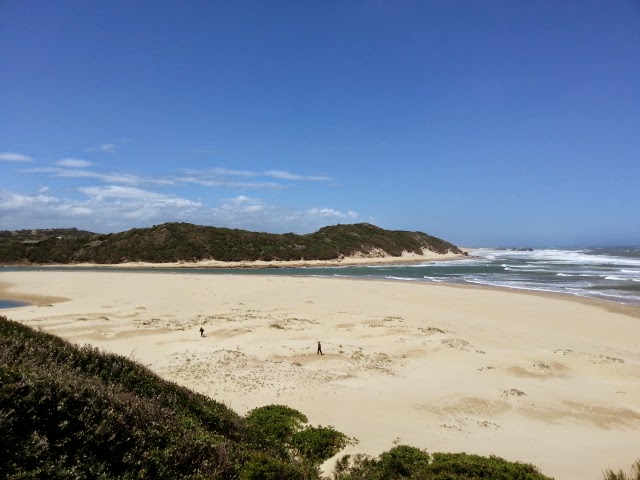 On our way to Port Elizabeth we visited an Elephant Sanctuary, where we interacted with 4 elephants, and watched an elephant show. It was very impressive and worth it.


Fresh lime green grassfields on the way (an unexpected detour was also taken due to a wrong turnoff and wrong data input on the GPS). 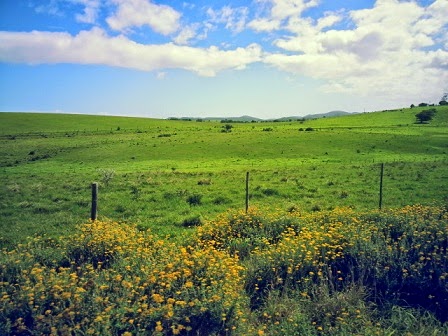 The elephants walked in circles, saluted, lay down, turned right, etc. all at commands. Our guide told us the handlers' jobs are to play with the elephants so they get used to them as friends and trust them - how cool is that? 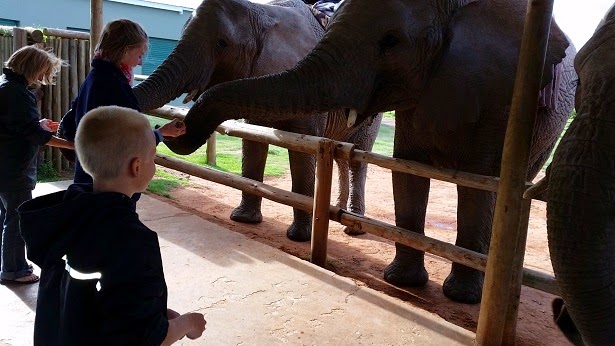 Our guide loved taking pictures and took nearly all our photos for us. 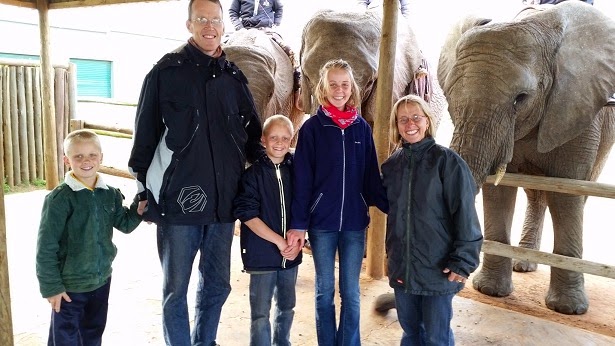 When we arrived at Port Elizabeth it was already dusk, as well as cold and rainy. Across our caravan park, The Willows, is a Pub and Grub (Munkee Bizniz), and we decided to have a warm supper there before setting up camp. It was a real pub, with beer and boisterous customers, but we had a hot meal and enjoyed it despite the loud music. We managed to pitch the 2 little hiking tents in 15 minutes flat in the rain and wind! The next day the rain had thankfully stopped, and we could pitch our bigger tent for the 2 weeks we are staying here, 10km from Port Elizabeth, and 200m from the ocean. 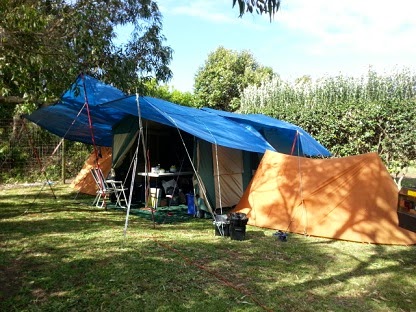